It’s very clear that the summer season has become the best time for genre TV shows. Maybe it has to do with there being less competition in the air waves, but in any case this summer has quite a selection of sci-fi, fantasy and horror TV shows either returning or debuting. Leaving out pure garbage like Under The Dome, these are the most anticipated TV shows. 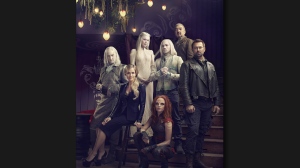 Defiance (June 19): Syfy’s ambitious TV series about aliens and humans sharing an uneasy peace in the future in the town called Defiance returns for its sophomore season. The first season was uneven in quality, but showed potential as the characters were fleshed out and compelling mysteries were explored. Hopefully Defiance can continue going up in quality.

Doctor Who (August): Peter Capaldi’s turn as the Twelfth Doctor begins this August. The long-running sci-series about a time-traveling alien and his adventures is as popular as it was when it premiered way back in 1963.

Dominion (June 19): A sequel to the 2010 supernatural thriller Legion, Dominion takes place in a future where angels and humanity are at war with each other. Legion was so-so, but based on the trailers and its premise, Dominion warrants a viewing or two.

Extant (July 9): Halle Berry stars in this Steven Spielberg-exec-produced sci-fi mystery. She plays an astronaut who after coming home from a solo mission may have brought back an alien life form. That’s because while in space by herself, she became pregnant. Expect lots of jaw-dropping revelations.

Falling Skies (June 22): The alien invasion saga is back for its fourth season. The ragtag humans continue their desperate war against the spider-like Skitters and now the tired sci-fi trope of young alien/human hybrids that age rapidly. Still Falling Skies in the past has been a generally well-done and exciting TV show, so it should pull it off again. 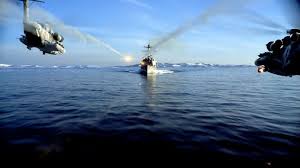 book by William Brinkley, this post-apocalyptic drama focuses on a lone U.S. Navy ship and its crew. An important change from the book is that instead of surviving a nuclear war, the ship and its crew grapple in a world where a pandemic wiped out most of humanity. The previews make it look quite exciting and riveting.

The Leftovers (June 29): Former Lost showrunner Damon Lindelof presents this HBO series set in a world where the Rapture caused two percent of its human population to disappear. As expected, people go off the deep end as fringe cults and chaos comes to the fore.

Outlander (Aug 9): Noted showrunner, Ronald D. Moore executive produces this new STARZ  series about a World War II-era British nurse who winds up in Scotland in the year 1743. This romantic time travel drama is based on Diana Gabaldon’s popular books, and it looks like an epic book romance come to life. 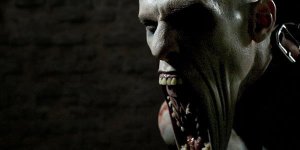 The Strain (July 13): This one looks scary! Based on director Guillermo Del Toro’s book trilogy, this FX TV show is about scientists trying to stop a virus that turns people into vicious, deadly vampires. Will this replace our summer vampire fix now that True Blood is ending? 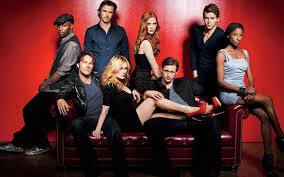 True Blood (June 22): Coming back for its seventh and final season, the HBO vampire drama as expected wraps up its storylines about a world where vampires have come out and struggle to get along in society. Although True Blood isn’t as buzzworthy as in the past, its racy scenes, bloody gore and ever-twisting plotlines still deliver.