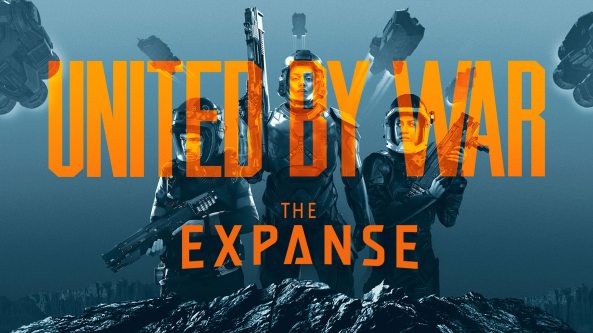 Not too long ago, devoted fans of the Syfy series The Expanse were heartbroken when the cable channel announced that the third season of the show would be its last. Cancelling favorite TV shows isn’t anything new, nor are the efforts to save shows. The original Star Trek is the best example. Sadly, most attempts to save cancelled TV shows are doomed, however, there are the rare occasions where the shows find new life. This happened last year when NBC un-cancelled the time-travel show Timeless and renewed it for a second season. And now it seems as if the beloved sci-fi show may get a reprieve elsewhere. But let’s not celebrate yet.

For anyone who has not watched it yet (and shame on you if you haven’t even sampled it), The Expanse is based on a series of books by James S.A. Corey about a divided humanity two hundred years from now in the settled solar system. Humans still haven’t discovered FTL yet, but space travel tech has advanced enough to allow humans to settle on Mars, several moons and on space stations. A delicate balance of power exists as Earth, Mars and the Belt (the inhabited regions of the asteroid belt, the gas giant moons and orbital stations) as each side vies for dominance.

The Expanse follows the lives of several characters from all levels of life either throughout the system and how they are impacted by a conspiracy that threatens everyone. An extra-solar substance called protomolecule is discovered and it is able to alter all life. What is worse is that devious government and business leaders are trying to weaponize it. As this goes on, unlikely heroes from diverse paths cross paths and try to prevent the spread of the protomolecule and war itself.

In the third season of The Expanse, these efforts are failing as not only is the protomolecule spreading and appears to be sentient, but war breaks out between Earth and Mars. During the fog of war, many of the heroes do their best to contain the protomolecule and end the war.

This TV show is a true gem in a network supposedly dedicated to science fiction. It is smart, well produced, has wonderful production values, and is captivating thanks to its engaging stories and characters. Ever since its debut three years ago, The Expanse has lived up to its promise of being an intelligent, hard sci-fi show, scoring huge with critics. It even won the Hugo Award in 2017 for Best Dramatic Presentation, Short Form. At the same time, it takes great pains to keep a balance between story and character. In the past two seasons, the show explored what life is like for the downtrodden in the Belt. This season, however, focused more on the ragtag crew of the stolen Martian ship Rocinante and rescued passengers as they’re targeted by both warring sides. The Rocinante crew have to struggle between helping the passengers put an end to the war, stopping the protomolecule infestation, and a personal mission to rescue a young girl threatened by the alien substance. What made this season unique is that it had many diverse characters featured separately in the past meeting each other and uniting under common causes.

All this sounds great but remember this series is based on several books and there are many tales left to present. Sadly, The Expanse will not have the chance to finish telling all the stories from Corey’s books. Citing low ratings and complicated distribution issues with other parties like Netflix and Amazon Prime, Syfy pulled the plug. However, it turns out that the show has a devoted fan base. To date an online petition garnered over 100,000 signatures, and high profile fans like George R. R. Martin, Patton Oswalt and Wil Wheaton are throwing their support to the campaign. #SaveTheExpanse

Alcon Television Group, the studio that produces the show, is actively shopping it around. Currently, there are talks between Alcon and Amazon Studios to distribute a fourth season. The main contention in the talks has to do with Streaming or Subscription Video on Demand (SVOD) rights. One thing the show has going for it is that it is popular on streaming/digital demand, and Amazon is looking to add more original content for its subscribers. Streaming and digital services are becoming a haven not just for original programs but for cancelled shows that are given new life in their services. Let’s hope that The Expanse will find new life there or elsewhere because it deserves to be reprieved.

UPDATE: Amazon has saved The Expanse and the fourth season will stream on Amazon Prime. Sometimes our beloved shows have a secind chance. 😀