It has been 25 years since the sci-fi gem Space: Above and Beyond first premiered on television. The show was cancelled after only one season and has been forgotten by many, but is still treasured by a select few for its merits.

Created and produced by Glen Morgan and James Wong, Space: Above and Beyond was a military sci-fi adventure piece that took place in 2063. Humanity has just started to colonize other worlds before being attacked by these mysterious aliens called the Chigs. War broke out between humanity and the Chigs and the series followed the plight of a young group of soldiers hastily recruited into a squadron called the Wildcards to help fight the alien attackers who threatened Earth. The show was unique in that it showed that in the future, although humanity fought as one, Earth still was not united and had separate nations as today with armies from different nations cooperating in their war against the Chigs.

The soldiers making up the Wildcards were themselves very compelling and had fascinating back stories. The young leader of the squadron was Captain Shane Vansen (Kristen Cloke), who was a career soldier who wanted to honor the memory of her deceased soldier parents. Tough as nails, yet loyal and caring to her squad, Vansen was one of the standouts in the show. Another lead was Nathan West (Morgan Weisser), who was the heart of the show. Sensitive, introspective yet strong-willed, West only joined the Wildcards after his girlfriend was kidnapped by the Chigs. The other lead in the show was Cooper Hawks (Rodney Rowland), the muscle of the squadron. He stood out from the other recruits because he was an “In Vitro”, a human who was artificially grown. Commanding the Wildcards was Lt. Col. T.C. McQueen (James Morrison, who was terrific in this role), an In Vitro himself. McQueen was a tough and decorated U.S. marine who had been through his fair share of wars and became a father figure of sorts to Hawks. Each episode examined the soldiers as they grew from green recruits into hardened fighters. 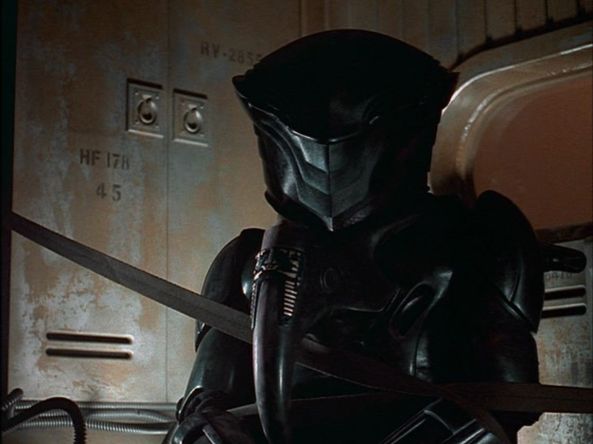 Space: Above and Beyond was one of the earliest TV shows to use the modern method of TV storytelling of episodes-long arcs. This contrasted with the norm back then when TV shows produced unrelated standalone episodes. The overall arc dealt with how humanity was fighting a desperate war against the aggressive Chigs. The fact that humanity seemed to be losing the war inspired many gritty episodes that explored the nature of sacrifice, comraderie, determination and loss. On the other hand, the show was not afraid to shine a light on humanity’s ugly side and raised questions about humankind’s conduct during the war not just with the aliens but with the past. Namely, it tackled bigotry with a new twist. 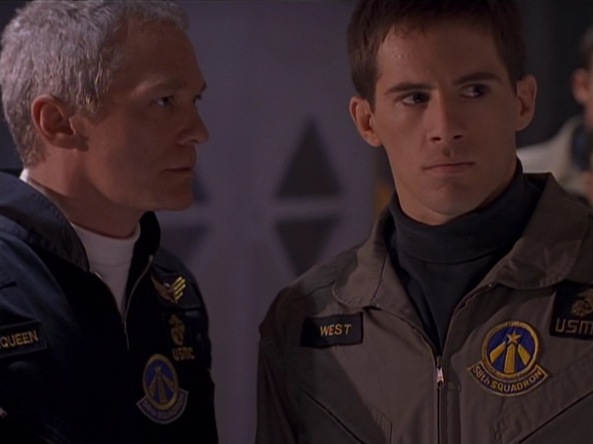 The In Vitroes were considered second-class citizens by humankind and useful only for being cannon fodder. They were developed to supplement human armies in a previous war against A.I.s (called Silicates) and were now struggling for equal rights. Many took up the In Vitro cause, such as West, yet many others considered them to be inferior and were hostile towards the In Vitroes. Hawks and McQueen struggled against the bigotry from others as they fought for humanity. Some of the best episodes focused on the two soldiers and their unique perspective. “Who Monitors the Birds?” was a largely dialogue-free episode that examined Hawks’ past upbringing as he underwent a covert mission behind enemy lines. “The Angriest Angel” focused on McQueen, who carried out a vendetta against a Chig fighter pilot that terrorized human fighter pilots with an advanced Chig fighter ship. The dogfight between McQueen’s fighter and the Chig’s was quite intense and rousing! 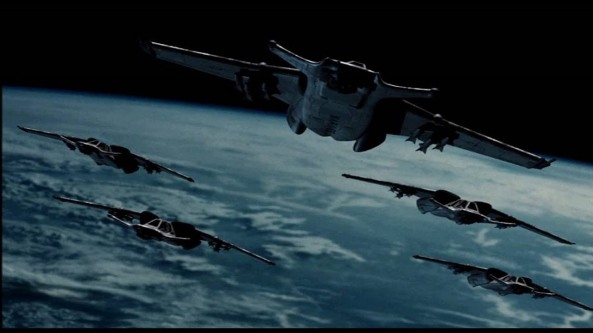 Eventually, humanity began to triumph against the Chigs and the final episodes dealt with a planned D-Day-type of invasion on Chig territory. There were many shocking twists about the origin of the Chigs, how the war began and the fate of the show’s characters. The fact that the final episode “…Tell Our Moms We Done Our Best” was open ended indicated that more seasons were planned as the war did not end and the characters were in cliffhanger situations. Some were apparently killed or taken prisoner by the Chigs. It was frustrating but added to a feeling of ambiguity about war and life; so the ending was somewhat appropriate.

Space: Above and Beyond was truly ahead of its time. It was one of the earliest shows to use computer effects which largely hold up today and had a fantastic and rousing military score by Shirley Walker. The show did a great job with its world building and set a template for hard and gritty miltary sci-fi that was further developed in the Battlestar Galactica reboot a decade later. But it was not appreciated or understood by many viewers when it first aired, and it was not a breakout hit that the network that aired it (Fox) hoped it would be. 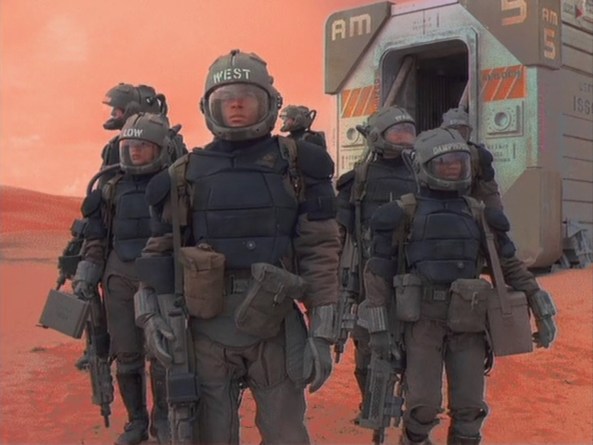 As noted earlier, Space: Above and Beyond does have its fans and is considered to be an underappreciated gem. Anyone wishing to see will have to hunt for it online as its not currently streaming on Netflix or the other streaming apps, and the DVD boxset is quite pricey. Still, the show is worth seeking out for anyone wanting to see a well crafted military sci-fi yarn.