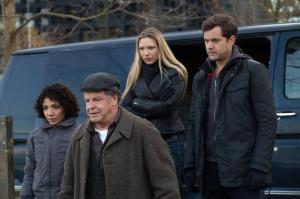 After five seasons, Fringe, one of the best science fiction shows on TV, comes to an end. Fans can now breathe a sigh of relief that the show runners were able to conclude the wonderfully twisting saga of the Fringe Division’s Science Team and its investigations into the bizarre and who later became freedom fighters for humanity.

When Fringe first premiered in 2008, it came off as a sophisticated, 21st-century version of The X-Files. Both shows were similar in that they were about government agents investigating freakish phenomena. In Fringe’s case, the main characters FBI Agent Olivia Dunham (Anna Torv), consultant Dr. Walter Bishop (brilliantly played by John Noble) and his son Peter (Joshua Jackson) didn’t chase UFOs or ghosts but encountered weird monsters-of-the-week and fringe-level science like teleportation, fast-growing humans and so on as part of their investigations for the Science Team. 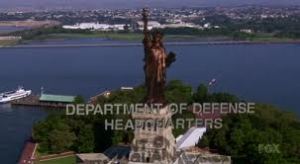 But the show soon developed its own mythology. It turned out there was a reason behind all the weirdness going on in the world, which was called The Pattern. Usually they happened in the New York/ New England area as illustrated by bold 3D location titles. Unlike The X-Files, where it became apparent that the producers didn’t know what was going on with its convoluted stories, Fringe methodically explained things and the answers led to more intriguing questions. It made one want to find out what was going on. For instance, in the first season finale “There’s More Than One Of Everything” viewers learned that Peter Bishop was actually dead with an apparent doppelganger of his running around. That led to the revelation of an existing parallel world, which was dramatically shown when Olivia found herself transported inside a very much intact World Trade Center.

Things became stranger and more titillating in latter seasons. That could be one reason why the show wasn’t a ratings hit. While sci-fi fans may have loved the bizarre antics of mad scientist Walter Bishop (like eating licorice during grisly autopsies) or the uncanny plots and macabre premises (such as reanimating a beheaded person when the missing head was reattached to the body) it probably turned off casual viewers. Well what would one expect in this society that loves shallow reality programs? Still, Fringe grew a cult following as people discovered this quirky show that dealt with parallel universes and visiting enigmatic post-humans from the distant future.

But fans fell in love with the equally peculiar characters. There was Peter who was conflicted about his place in the world as seen in the show’s pilot. He was a brilliant but shiftless person with dubious morality and estranged from his father (who was committed at that time to a mental hospital). Olivia was seen as the more stable person yet contended with being thrown suddenly into bizarre cases while remaining a dedicated and resilient agent. Her core was terribly shaken from the events of the late second season/early third season. She traveled to the parallel world in “Over There, Parts I & II” and was captured and brainwashed. Her redheaded double (nicknamed “Fauxlivia”) came to Olivia’s world and took her place. These early third season episodes that shifted between the two worlds were some of the best. After Olivia finally escaped, and had difficulty with her romantic relationship with Peter, it was clear that she was traumatized. 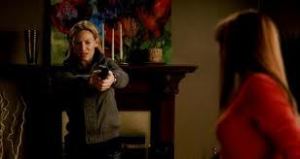