Ever since AMC announced that they are going forward with a spinoff for The Walking Dead, there has been rampant speculation about the new TV show’s premise. While we don’t claim to know what it will be about (presumably about another group of survivors elsewhere), here are some pitches that probably didn’t make the cut at the AMC executives’ meetings. 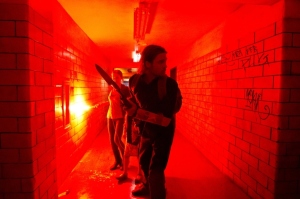 210 Walker Street – Tyreese finds out that his long-lost uncle from South Philly left him an apartment building in his will. Tyreese moves in as the new superintendent, but finds out the tenants are walkers! Wacky hijinks galore as Tyreese deals with nosy neighbors, sassy store owners, and collecting the rent without being eaten.

Daryl Dixon: Walker Hunter – This spinoff features Daryl who is now a swampland bounty hunter in America’s southeast. His specialty, of course, is hunting down walkers who go missing 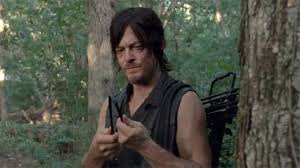 from CDC labs and work farms. Aiding the deadly hunter is his long-lost brother Maynard, a local sheriff who was recently turned into a walker, but his passion for justice enables him to overcome his cannibalistic urges and help his brother bring ’em back dead!

The Dead Beat – Michonne turns into a hard-hitting newspaper reporter, exposing city scandals and top-brass corruption, but often butts heads – literally – with her editor, a rehabilitated walker. Watch the suspense unfold as Michonne fights the good fight to inform the public and not forget her katana.

Dead Dynasty –In the tradition of those popular redneck reality shows this one will star Daryl Dixon as a walker farmer! Business has been good for the farm since med research places need fresh supplies of walkers to experiment on. Tune in each week as Daryl deals with everyday trials and tribulations in a walker farm with his redneck family including his walker brother Merle, who is kept chained to the side of a barn. Don’t worry about Merle, his teeth have been yanked out in case of accidents while playing with little cousin Jimmy.

L.A. Walker Heat a.k.a. My Dead Partner – Embittered by his walker experiences Rick transfers to the LAPD, where he is partnered with a domesticated walker, who happens to be the first of his kind to graduate from the police academy. Suspicious of each other at first, they learn to overcome their mistrust, and together they fight crime and corruption in the City of Angels.

Please click on the link to Deadloggers to continue reading.