Supernatural stars Jason Padalecki and Jensen Ackles as Sam and Dean Winchester, two brothers who roam mostly Middle America through its backroads and as Hunters battle things that go bump in the night. These inhuman threats range from deadly ghosts to bloodthirsty vampires, werewolves and ghouls, to even Lucifer (often Mark Pelligrino) himself, and now God aka Chuck (Rob Benedict). 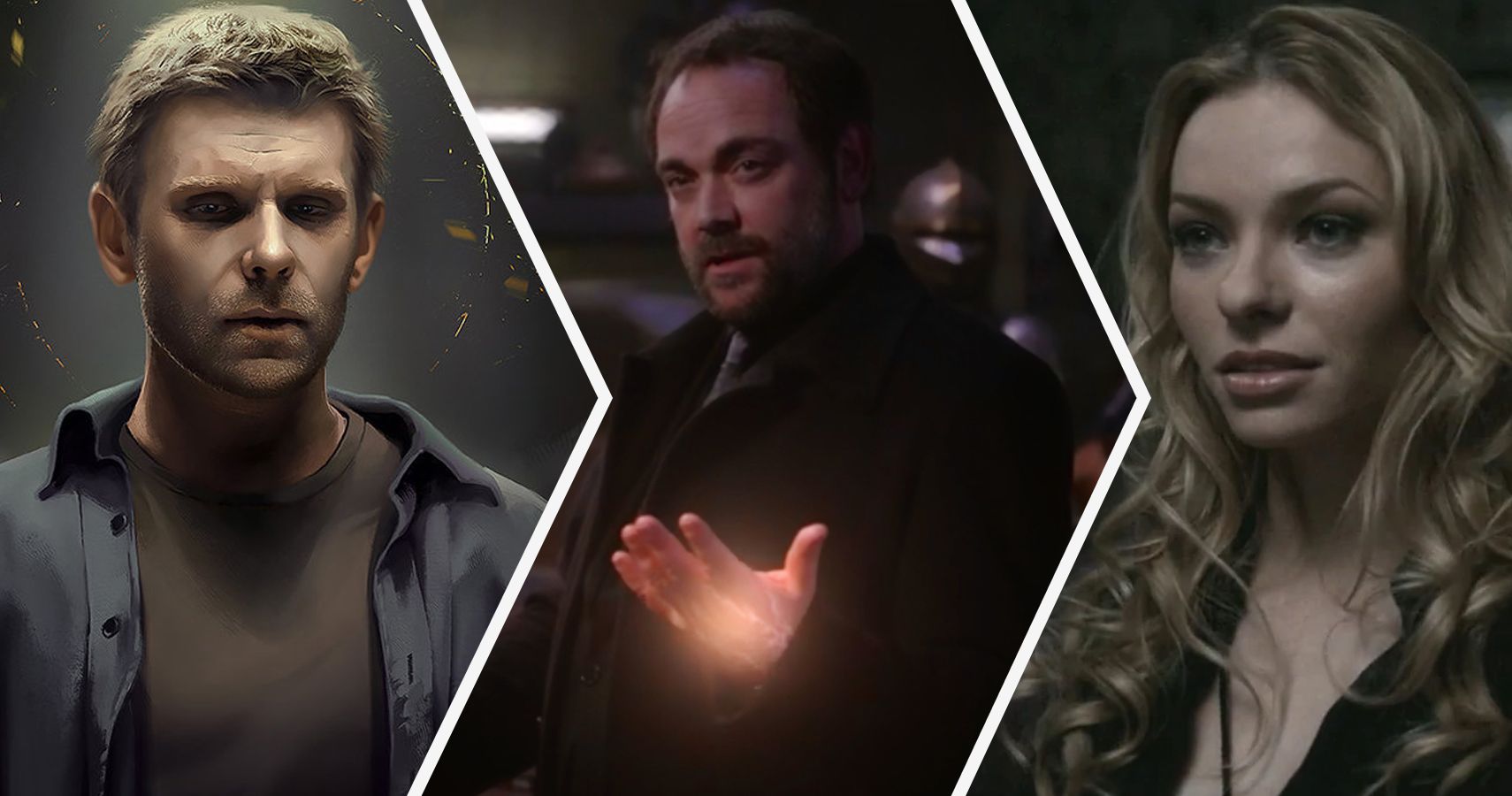 When thinking about it, the show is akin to a modern-day Western with a horror/fantasy twist. In fact, series creator Eric Kripke (now working on The Boys) conceived the show as such with the Brothers Winchester playing the role of heroic cowboys who come into a small, remote town, right the wrongs and ride off to their next mission at the episode’s end in their vintage ’67 Impala instead of horses. Originally, Supernatural was supposed to be about two reporters who fought supernatural threats, but Kripke was only able to sell the program by reconceiving the characters as two brothers looking for their lost father. It’s a good thing Kripke did this because who knows if the original concept would have resonated with fans.

What made Supernatural such a beloved cult hit with its dedicated fans was the easy comraderie and chemistry between the two brothers. Tall and lanky Sam was the more intellectual and sensitive brother while hot-headed Dean was more emotional and intense. More often than not, the two brothers butted heads that usually led to each of them storming off for an episode or two. And all-too-often their fights were based on lies and keeping vital information from each other. However, they shared a fierce familial love and loyalty towards each other.

The Wincester brothers were so much alike with their basic everyman demeanor, yet they were distinctive from one another. Dean jas a sharply, sarcastic wit, and a love of junk food, beer, and classic rock music. Meanwhile, Sam, who gave up his study of law at the start of the series, was more of a hunky dork with a big heart; but he was just as tough as his older brother. Thanks to the solid performance by the actors and their chemistry, the brothers were the heart of Supernatural.

The many characters they met throughout all 15 seasons also became very popular and vital parts of Supernatural whether as scene-stealing guest stars or popular regulars. The ones that stood out most where Bobby Singer (Jim Beaver), a gruff, down-to-earth father/uncle figure who helped the Winchesters in their missions; the sarcastic and scheming demonic ruler of hell, Crowley (Mark A. Sheppard), who had a soft spot for the boys; Rowena (Ruth Connell), a centuries-old witch who was always scheming with many tricks up her sleeves; Jack (Alexander Calvert), a naive and well-meaning nephilum, who happened to be the son of Lucifer; and then there is Castiel (Misha Collins), a stoic angel who looks like he’s auditioning to be the next incarnation of Constantine with his rumpled suit and trenchcoat. 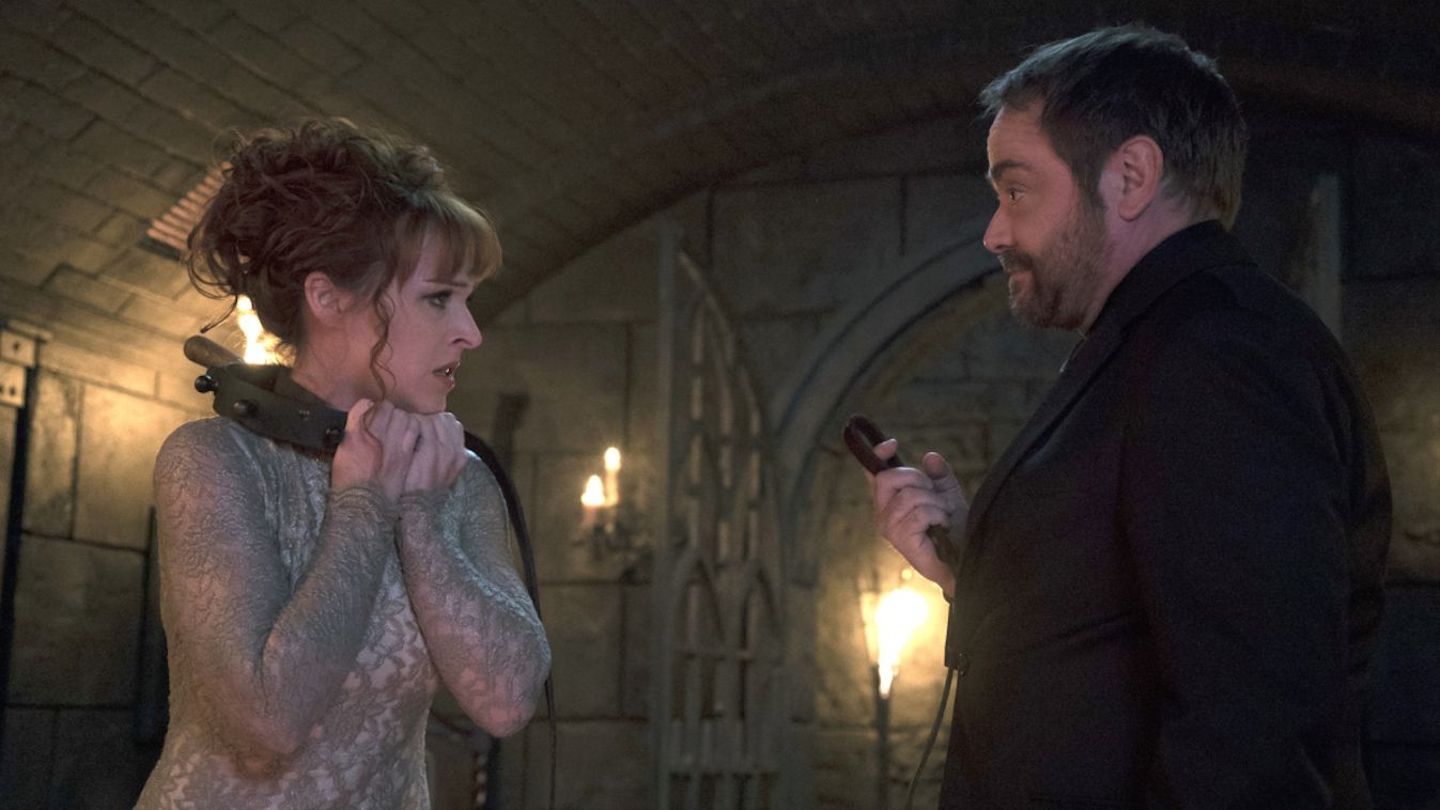 Supernatural more or less followed a certain formula, each season had the brothers and their allies confronting a monumental villain that threatened the world or creation. Intersped in between the arc episodes were monster-of-the-week or other standalone episodes. Early episodes focused on monster-of-the-week threats that established the Winchesters with their gruff, but caring relationship.

Over time, Supernatural developed a complex world as the Winchesters found themselves in the middle of battles between heaven and hell, literally. The demonic forces were conniving and violent while the angels they met for the most part were condescending and malicious. These intricate storylines peppered each season and provided the main, ongoing threat to the world and existence itself. The quality of the various seasons was based on the level of threat the Winchesters faced. The past couple of seasons featured some high-stakes threats and personal tragedies.

While the arc-related episodes progressed the seasons’ arcs, many of the standalone episodes were effectively creepy and suspenseful. Others were humdrum and obvious fillers, while some episodes were downright humorous.

The comedic episodes stood out from the show’s darker tone and allowed the actors to display genuine comedic wit. Such shows often were meta and explored outlandish concepts. “Changing Channels” had the brothers bouncing around alternate realities based on other TV shows. One of them had Dean Winchester existing as their Impala in a call back to Knight Rider! In another episode “Scoobynatural”, the brothers were trapped in the animated world of Scooby Doo and his gang. Another episode, “The French Mistake”, has the brothers trapped in our world where Supernatural is just a TV show. In “The Real Ghostbusters” they learn that fans follow a fictionalized version of themselves and their adventures. Many of these episodes were fascinating and worthy of being adapted into an episode of The Twilight Zone.

However, what drew fans in were the core episodes that were thrilling, dark, and suspenseful. The Winchesters were always outgunned and desperate as they faced powerful threats. The worst of the lot was Lucifer, who tried to bring about the Apocalypse and after that played twisted mind games with the brothers and their allies throughout the seasons. These season-long arcs always reached their climax in the season finales which left fans anxiously waiting for months to see the show’s new direction. Standout finales included “Lucifer Rising”, “Swan Song”, “Let the Good Times Roll”, and “Sacrifice”.

The current and final season of Supernatural has the Brothers Winchester confronting Chuck. It turns out he is a self-absorbed jerk, a hack writer who callously creates and manipulates realities and revealed to the Winchesters their lives are meaningless and pre-ordained for his pleasure. What’s worse is that Chuck has taken a particular interest in the Winchesters and is haunting Sam with nightmarish visions of their deaths.

In addition to the death visions, the final season of Supernatural has many call backs to early episodes as long-gone characters are turning up, while more current characters are being killed off. Also, Sam and Dean Winchester have started to contemplate their future and are looking back on their lonely lives as Hunters. They’ve been this way since Chuck told them their story is coming to an end along with their reality. 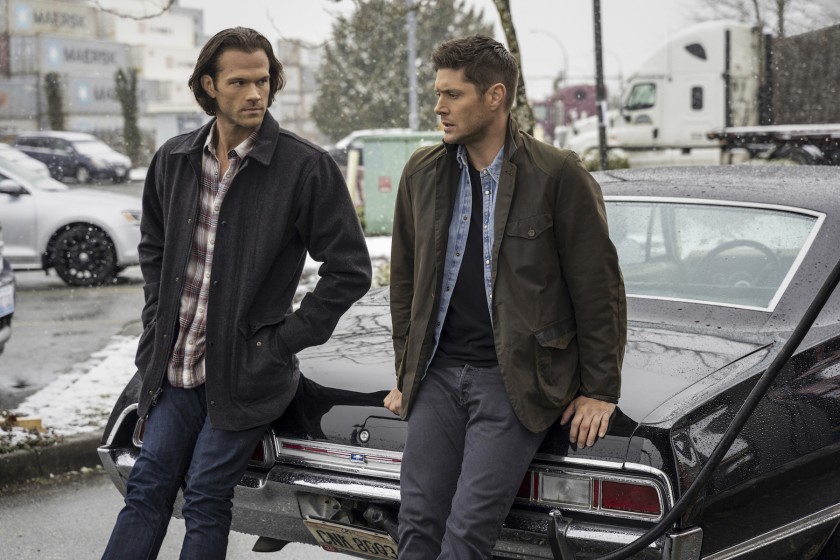 It is actually kind of sad; not only do we know it’s the end of the road for Supernatural, but so do they. Still, Supernatural had a great and productive run, more than most TV shows, with a rich and exhaustive library of episodes. Whether or not it went on too long is open for debate, though the past three seasons have seen the show reinvigorated and promises to finally end on a high note. Let’s hope Sam and Dean Winchester defy their fate and drive off into the night to face their futures, and hopefully find some peace. They deserve this for all their sacrifice and hard work.