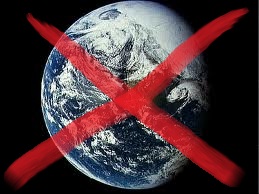 Well if the Mayan calendar is to be believed our world will come to an end tomorrow on December 21, 2012. We’ve looked at many possible ways that we and our planet can be destroyed these past twelve months. Many of the methods ranged from the mundane and likely (viruses and war) to the bizarre and improbable (zombies and aliens). So without further ado, let’s examine one last scenario for the apocalypse and go right to the source and other beliefs.

Many have panicked over the supposed end of our world after looking at the ancient Mayan calendar. The reason is that the intricate calendar (known as the Mesoamerican Long Count calendar) comes to an end on December 21, 2012 so people assume that it means the world will end. How would it happen? As with all prophecies that is open to interpretation. Even the date is open to interpretation among scholars. Many believe that our world will face a collision with another planet or that we will feel the effects of a galactic realignment, which would cause disastrous gravitational effects on our solar system. Others think that the magnetic poles will reverse plunging us into chaos or another ice age. Inspired by all these theories the film 2012 showed an Earth imperiled when a massive solar flare caused neutrinos to heat up the Earth’s core temperature, and led to a range of super disasters. On TV there are scores of special programs, usually on The History Channel or Discovery Channel, devoted to the Mayan prophecies. 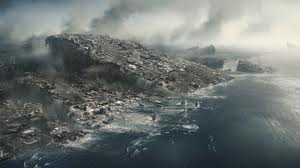 But closer examinations reveal that the ancient Mayans didn’t believe that their calendar’s end meant that the world was doomed. Rather, they felt the event signified the end of one era and the start of another. Some feel that we will enter a new age of enlightenment–and given the recent tragedies and tensions we’ve suffered perhaps it’s better to approach the unknown with a renewed sense of hope.

But many others tend to be pessimistic about the future or at least believe we will go through much more hardship before entering paradise. That is a basic tenet of Christian belief. The Bible’s Book of Revelations concerns itself with what is to come and that is the ultimate battle between good and evil.

The events covered in Revelations are truly cataclysmic and world changing. Basically, Satan and his minions like the Antichrist will come to Earth and have a final war against those who worship God. According to Revelations, Satan will be defeated and a new era of paradise and peace will come. 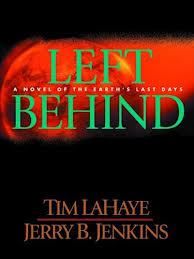 There have been several notable fiction books that dwell on Christian beliefs of the apocalypse. One of the most recent was the popular Left Behind books written by Tim LaHaye and Jerry B. Jenkins. The book series begins with the true believers of Christ undergoing the Rapture and instantly being taken to heaven. During the chaos of the sudden disappearance of multitudes the Antichrist comes to power in the form a Romanian politician who becomes secretary-general of the United Nations. The series follows the quest of several people who try to prepare for the coming judgment from God and the End Times.

The Left Behind books have been adapted into a film trilogy that starred Kirk Cameron. Other films and TV shows also dealt with the coming End Times and the concept of Satan or the Devil coming to Earth. There are The Omen films, which center on the character of Damien 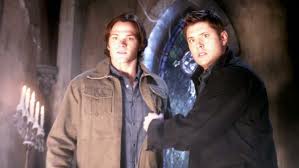 Thorn, who is revealed to be the Antichrist; the TV show Supernatural, where in its middle seasons dealt with Lucifer entering Earth and triggering the apocalypse. Some more films include The Seventh Sign, Prince Of Darkness and End Of Days. In all of them, the main characters forcibly confront the fact that the world could come to an end due to demonic forces and they have to save the Earth and humanity.

Other cultures and religions have their own belief systems of how the world will end, many of which go back thousands of years. One of the better known ones are the ancient Norse beliefs about Ragnarok where Norse gods like Thor will have a final battle against their foes and die. Afterwards, the world will be flooded and eventually will rise from the waters and be repopulated by surviving gods and two humans. Ancient Egyptian beliefs held that the world will eventually end after a series of renewals and return to a primeval state. This is covered in the found Book of the Dead. 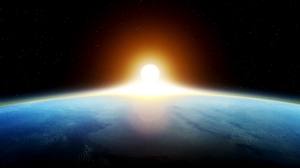 While it may be easy to give in to the pessimistic nature of these doomsday scenarios, it is important to realize that many of them also signify a sense of renewal and enlightenment. They just reinforce the notion that everything in life is finite and cyclical as well. Also these scenarios can be seen as a warning to us to prevent these horrors from happening. While it’s highly unlikely that the world will end on December 21, it will come to an end someday via some of the scenarios covered in these past twelve months. To think otherwise is just being arrogant. While some may choose to give in to their fears it’s important to cherish and treasure what is truly important in life and to celebrate it. Until then, to help pass the time before we all step into the unknown future here is a video featuring a taste of doomsday.

José Soto, special thanks to GEO and C.S. Link for their contributions with the Doomsday Scenarios articles