Alien, Event Horizon, Ship of Fools, Pandorum, Hull Zero Three, Life, Nightflyers, Dead Space, the list goes on. The basic premise of these stories are the same and boils down to a haunted house in space. It may sound like an odd combination, the haunted house in space, but when executed, this meshing of two genres usually produces some imaginative and scary sci-fi horror stories, films, TV shows, games, etc.

Why is this so? It all goes back to the concept that both genres when blended deal with the fear of the unknown. We don’t know what lies out in space, what we’ll encounter. But a core aspect of the classic haunted house story is the location itself. In such stories the protagonist is stuck in an old house and has to confront ghostly or demonic forces. Many of them are very terrifying and what makes them even more unsettling are their alleged basis on real events like The Conjuring films. 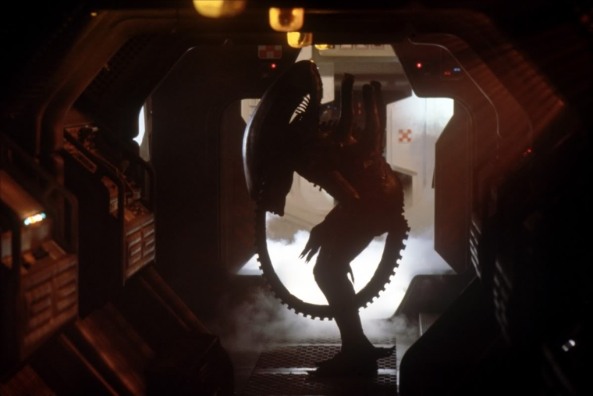 With sci-fi horror films the premise is moved out of rickety old houses and into a sci-fi setting, usually a spaceship or space station or a planet itself. Obvious examples include the mentioned films and games. Let’s focus on Alien. On a side note, its premise wasn’t new when the film came out in 1979 as a similar film It! The Terror from Beyond Space hit theaters way back in 1958.  Anyway, the crew of the space freighter Nostromo are hunted in their own spaceship by a murderous extra-terrestrial or xenomorph. Here you have the Nostromo, a spaceship, taking the place of the haunted house while the xenomorph is a perfect stand-in for a demonic entity or a ghost that is difficult to track. Adding to the horror element of Alien is the claustrophobic feel the spaceship emits. Corridors are dark and foreboding, hiding unexpected perils.

This type of setting highlighted the cult classic Event Horizon, a film that its director actually envisioned as a haunted house story in space. The spaceship design of the title ship is Gothic, cold, and even a bit Lovecraftian. Meanwhile, the non corporeal forces the rescue crew face are perfect updates on demonic forces and spirits as the film infers the spaceship Event Horizon actually traveled to hell and back.

What made the concept of Alien and others even more chilling is that unlike the traditional haunted house story, the characters don’t have anywhere else to go. They’re genuinely trapped. They cannot exactly just step outside the spaceship, it’s they’re life-giving oasis in the inhospitable environment of outer space. A common complaint about haunted house stories is that if a house is haunted why not just leave it and move someplace else? This doesn’t take into account poltergeists and demons that follow a victim everywhere, or the financial burden with suddenly leaving a home, but the question does have merit. The alien or other threat is on a spaceship deep in the cosmos? You’re stuck, my friend. Unless you want to take your chances with a lifepod in the middle of space, which ironically is how many of these sci-fi horror stories conclude. It’s that or take your chances and confront the threat head on.

Thinking about the characters’ limitations and the somewhat plausible nature of the threat then it’s easy to see why this type of sci-fi horror story is superior to a traditional haunted house tale.

7 comments on “Haunted Houses In Space”