Black Mirror has caught on with many viewers thanks to its disturbing stories about the encroaching dangers and drawbacks of technology in our lives. Each episode in the sci-fi anthology series always points out the challenges and impact that new tech will bring. This superb series only consists of 19 episodes, but hopefully more episodes will be commissioned by Netflix. After all, not only is Black Mirror growing in popularity, but one of its episodes (“San Junipero”) won an Emmy award for Outstanding Television Movie  What follows is how each episode ranks; keep in mind that the lower-ranking episodes of Black Mirror are not bad, it’s just that the higher-ranked ones are extremely special. Needless, to say spoilers will be revealed.

A distraught soldier finds out there is more to the deadly mutated humans he and his team are hunting down and exterminating. By itself, this is not a bad episode, it’s just that by the time this one came out, the concept felt too familiar and the twist was too easy to guess. 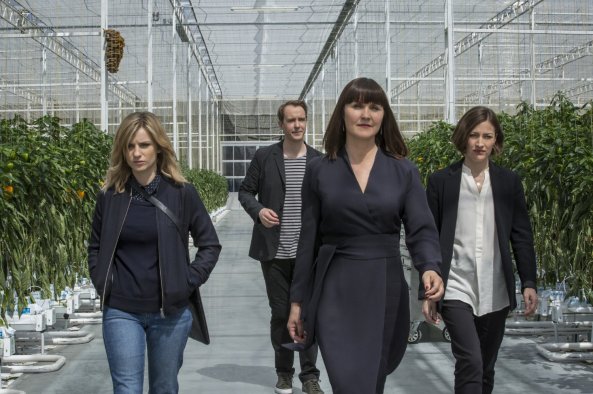 Again, an enjoyable if unremarkable story that repeats themes from previous episodes. A detective investigates a series of deaths that are connected by the victims’ negative social media status. The payoff here is the means of how the killings are carried out.

A stranded American tourist in the UK participates in a playtest of an experimental AR game. What he experiences in his artificial hell is chilling and the entire “is this real or not” scenario for the most part works. Unfortunately, it was obvious to viewers how the story would end. 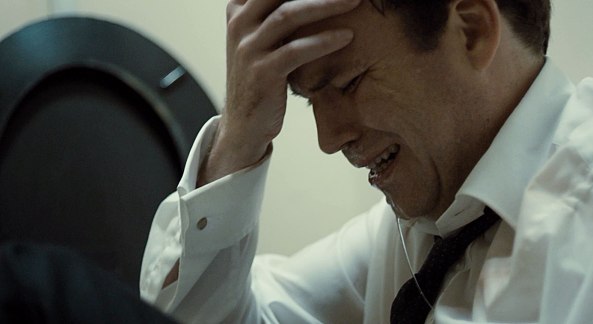 The very first Black Mirror episode is one of the most disturbing  and revolting stories and has the least amount of sci-fi elements, if any. The prime minister of the UK is forced to have sex with a pig on live TV to prevent the death of a kidnapped member of the Royal Family. Enough said.

Jodie Foster directed this unsettling story of an over-protective mother who has her young daughter implanted with a tracking device that functions as a censor to the dangers and violence in the real world. The consequences are just sad and the episode is a valid lesson for all parents.

A successful architect’s attempts to cover up an old murder are imperiled thanks to a device that recalls a person’s memories. This Black Mirror episode is more like a a murder mystery with a sci-fi device thrown in, but it’s well done. What stands out is its disheartening final act as the murders pile up.

A vulgar animated bear that lampoons politicians becomes unexpectedly popular when on a lark the character is used to run for office. The implications of the outlandish campaign from the fictional character and the people behind the scenes are well explored. But what made “The Waldo Moment” so relevant is that it turned out to be an eerie foreshadowing of the Trump campaign.

A woman wakes up to find herself being hunted and videotaped by strangers. This was one of those Black Mirror episodes that kept you guessing until the final moments when we learn why she was being chased. This revelation completely changed our feelings towards the tortured woman. 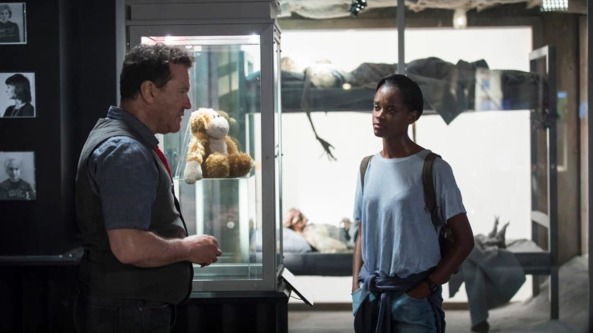 A trio of stories rounds up the final (to date) episode of Black Mirror. A British tourist visits a remote museum in the American Southwest. The museum’s owner reveals the stories behind some artifacts (numerous props from other episodes are also seen, which tie together the entire series). The three stories themselves are well done and the payoff at the end was quite satisfying. END_OF_DOCUMENT_TOKEN_TO_BE_REPLACED