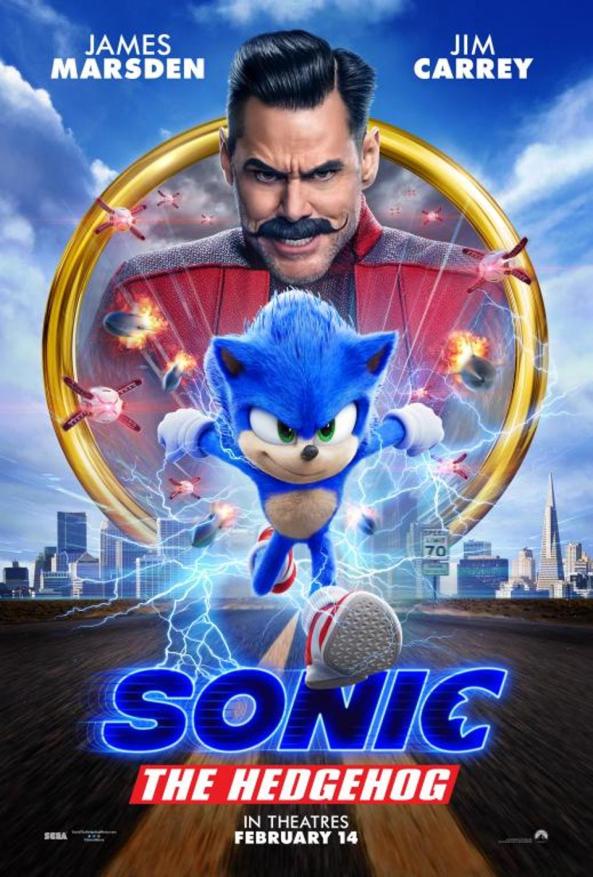 The general rule is that films based on video games are beyond awful; infamous examples include Max Payne or Super Mario Bros. So, when Sonic the Hedgehog was announced most people thought the film would be just as bad and the first trailer that came out last year did not dispute this notion. The design of Sonic was universally panned and fans of the Sega game hero lamented the film was doomed. Well, the filmmakers heard the outcries and went back to the drawing board. Sonic the Hedgehog was redesigned to look like he is supposed to appear but is the film any good? This will come as a surprise, but it actually is a good film.

Sonic the Hedgehog brings the popular Sega character (voiced by Ben Schwartz) to life starting with a brief opening intro taking place on Sonic’s homeworld when he was a child. Pursued by other creatures because of his super speeding powers, Sonic is forced to use these golden rings to teleport to other worlds. At some point, Sonic ends up on Earth and stays hidden while enjoying our culture. However, the alien hedgehog is lonely for company and an accidental overuse of his powers brings him to the awareness of a loony scientist, Dr. Robotnik (Jim Carrey) who wants to capture him. Robotnik’s pursuit forces Sonic to befriend a small-town sheriff, Tom Wachowski (James Marsden) and the film turns into a buddy road picture as Tom helps Sonic to stay one step ahead of the scientist until the alien can teleport to another world.

By no means is the film groundbreaking or something extraordinary. The plot isn’t unique and fairly standard but it serves its purpose. Also, the film is hampered by some humongous narrative flaws where some subplots were brought up then forgotten and some of the developments were very important but then ignored. Be warned there are numerous and in-your-face product placements littering the film. It is what it is so try to ignore them as much as possible. 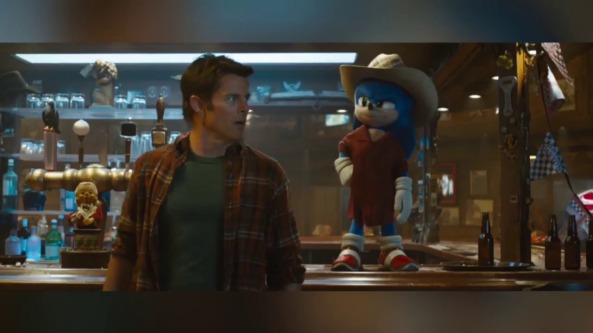 But Sonic the Hedgehog is highly entertaining and full of character and spirit. The director Jeff Fowler does a very fine job with the material considering this is his first directing job. The relationship between Sonic and his human friend Tom is surprisingly genuine and the heart of the film. The two characters have good banter and chemistry, which was a pleasant surprise. Not every joke lands but a lot of them do as Sonic is a bit of a call back to a Looney Tunes character thanks to skillful voice acting and silly antics. Sonic has a couple of moments that straight up were “inspired” by Quicksilver scenes in the recent X-Men films, but they work well and are highlights.

The actors in the film do a solid job with their roles, while Jim Carrey evoked vintage Jim Carrey with his over-the-top comedic delivery that was best seen in his films during the 90s. Fans of his work should be pleased by this.

More importantly Sonic fans will be delighted and thrilled by Sonic the Hedgehog as it captures the essence and fun of the video games and the film will entertain non-fans. In other words, fun for the whole family and anyone else looking for a brief escape from the outside world. There are several references to the Sonic franchise, including a popular character that appeared during the mid-credits scene, which promised more adventures. This origin film does warrant future sequels and proves that a film based on a video game franchise can work.

*Check out this fan tribute video of the film done by a skilled Sonic fan close to the editor of Starloggers!