This holiday season’s Hallmark ornaments for sci-fi and other genre fans has been a bit lacking. Don’t get me wrong, they’re beautifully crafted, but there isn’t a lot to choose from. Next year, on the other hand, promises a treasure trove not just for Star Wars ornaments, but for other popular films and TV shows. 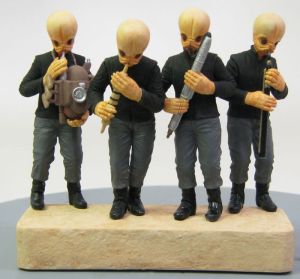 There will be only three Star Trek-based ornaments released by Hallmark in 2014.  They are the U.S.S. Vengeance

ship featured in Star Trek Into Darkness, Sulu wearing the original series uniform and a diorama featuring Spock mind-melding with a Horta as seen in the classic Star Trek episode “The Devil In The Dark”. Hopefully by the time the 50th anniversary of Star Trek comes around in 2016, Hallmark will beef up their offerings.

Unlike this year, there are plenty of inspired Hallmark ornaments planned for 2014. Superhero ornaments will include Spider-Man, the Hulk, Superman in his modern suit shown in The New 52 comic books and the Adam West version of Batman ornament that was delayed previously. Also worth mentioning is that the Batmobile shown in Tim Burton’s Batman will be available.

As interesting as the superhero ornaments are, the 2014 Hallmark sci-fi and fantasy ornaments will really whet genre fans’ appetites. I can already see some of these hanging from the tree next year. Announced so far are: 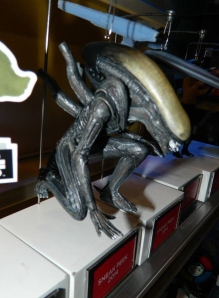