The world is going to hell in a handbasket with all the recent calamities but at least we have some cool movies to look forward to next year (that and picking a new president). After months of anticipation, at last the trailer for Captain America: Civil War is out.

Frankly, I was expecting this new entry of the Marvel Cinematic Universe (MCU) to come out next month with all that Star Wars hoopla, but hey I’m more than happy to be viewing this over and over this Thanksgiving while everyone else is glued to their football games!

First impressions: Love it! It hit all the right notes and got me instantly pumped to see Captain America and Iron Man duking it out. One thing I appreciated is that even though there are many superheroes in the trailer it still felt like a Captain America movie not Avengers 2.5. The story is focused on Steve Rogers’ place in the modern world and how he doesn’t quite fit in. Also there are some hints of tragedy and hurt scattered here and there with it centering on the lost friendship between Captain America and Iron Man, with Tony Stark seeming a bit jealous of Steve Rogers’ friendship with Bucky Barnes. It’s interesting they went that route because I saw the two as more at being at odds with each other in the last two Avengers films. But it’s a good angle and sells the point that it’s a House Divided among superheroes. 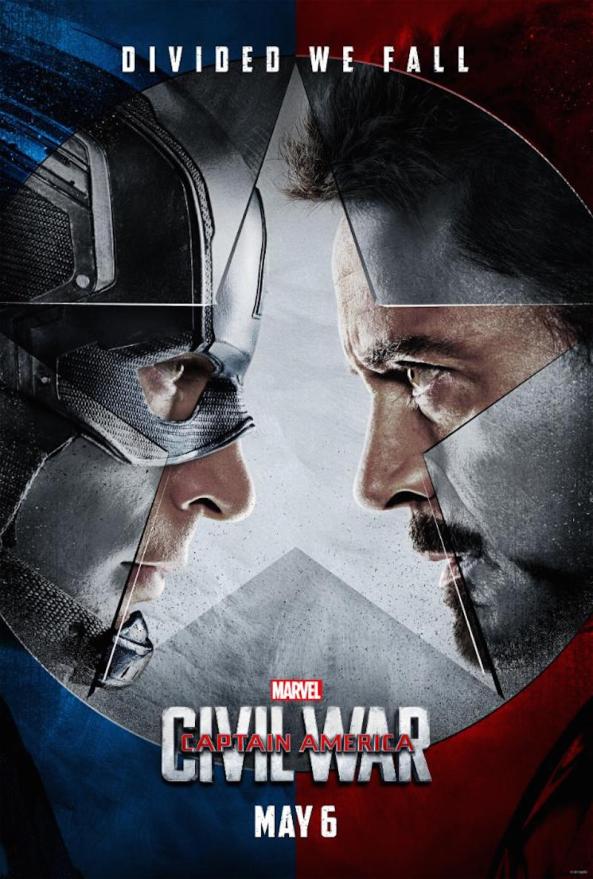 Speaking of superheroes we got our first quick look at Black Panther and man does he look lethal and rockin’! The only ones that weren’t present and missed were Ant-Man and Spider-Man. I suppose we’ll see them around the time of the Super Bowl. The final shot of Captain America and Winter Soldier taking on Iron Man together is sure to cheer the hearts of anyone who wants to see Tony Stark taken down a peg or two. From the looks of it, Captain America: Civil War is another winner for the MCU.

Don’t know about the rest of you but I’m going back to watching this trailer for Captain America: Civil War again. May 2016 can’t come soon enough. 🙂