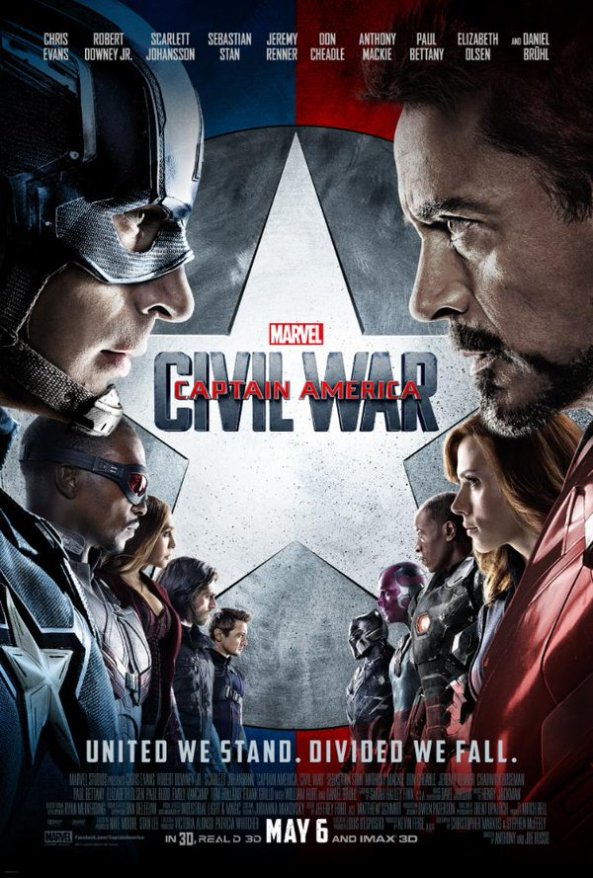 Captain America: Civil War is the culmination of the first two phases of the Marvel Cinematic  Universe (MCU) and launches Phase Three in a bold and somewhat darker direction. That is because by the end of the film, relationships are frayed, perhaps permanently, and new players have arrived to carry the torch.

A first look at the cast of characters appearing in the film, which includes most of the Avengers, may lead one to believe that the film should have been called Avengers 2.5, but this is first and foremost a movie about Steve Rogers/Captain America (Chris Evans). We see that he is still struggling to fit into the modern world being that he is a product of long bygone era.

The movie is also a direct continuation of the previous film Captain America: The Winter Soldier in that the Winter Solider aka James “Bucky” Barnes (Sebastian Stan) is the focus of pursuit for everyone. At the same time, the events at the end of Avengers: Age of Ultron play a major factor that somehow manages to validate that film since it is considered to be an inferior sequel to The Avengers.

The destruction in the country of Sokovia at the end of Avengers: Age of Ultron added to the world’s growing unease with superpowered people. This suspicion is compounded after the opening segments of Captain America: Civil War when innocent civilians are killed during a fight the Avengers have with terrorists. 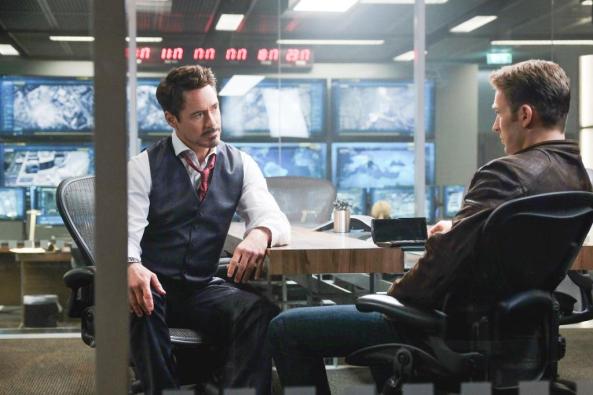 Enter: The bureaucrats in the form of U.S. Secretary of State Thaddeus Ross (William Hurt) who demands that the Avengers sign an accord by the UN that places the superhero team under supervision and dictates that they cannot act unless ordered.  Steve Rogers objects to this, but his fellow partner and Avenger Tony Stark/Iron Man (Robert Downey, Jr. ) disagrees. He feels that superhumans need to be curtailed partly based on his own guilt about creating Ultron. Later, a terrorist bombing at a UN conference, supposedly by the Winter Soldier, sets off an alarming series of events that turn the two friends into bitter enemies as both men gather allies for their causes. 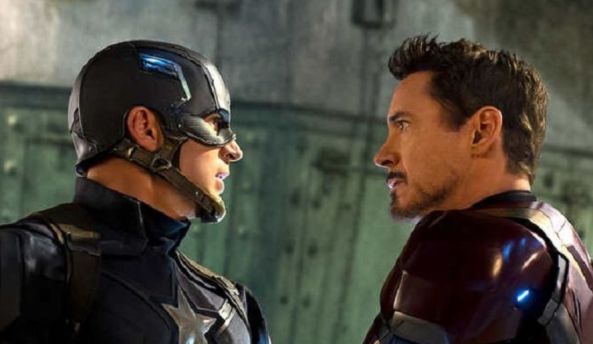 Captain America: Civil War is already considered one of the greatest superhero films of all time and that praise is justified. Unlike the similar-themed Batman v Superman: Dawn of Justice, this film flows cleanly, is coherent, not choppy and adequately presents both sides of the issue. Even though Captain America is the star of the film, great pains are taken to show the validity of the other side. It becomes difficult at times to find someone to root for because we know they are both in the right. It illustrates the tragedy of a civil war amongst former friends.

The directors Joe and Anthony Russo return for their second Captain America film and have beaten the second film curse for MCU directors. At the same time, they demonstrate with Captain America: Civil War that they can handle a large, epic story with multiple characters that are all given their moments to shine. That is an unbelievable effort that lesser directors and writers have difficulty accomplishing.

Despite the film’s length (over two hours) it leaves viewers wanting to see more of this world unfold. That is due to the constant action, fast-moving plotline, and smile-inducing appearances by other characters that get their moments in the sun and not just in action sequences. We meet T’Challa/Black Panther (Chadwick Boseman), a noble African king out for vengeance, and of course, everyone’s favorite Web-Slinger, Spider-Man (Tom Holland). This MCU version of Peter Parker is the most authentic and realistic take of Spider-Man ever shown on film and leaves one hungering for Spider-Man: Homecoming already. Other stand out characters include Wanda Maximoff/Scarlet Witch (Elizabeth Olsen), the Vision (Paul Bettany), Clint Barton/Hawkeye (Jeremy Renner) and Scott Lang/Ant-Man (Paul Rudd).

The much talked about fight scene the superheroes have with each other in an airport is worthy of the hype and shows the heroes at their best. It was a comic book fan’s dream come true seeing all these superheroes doing their thing. Needless to say the special effects were flawless, as was the intricate fight choreography. However, a following fight scene later on is much more involving and personal, while at the same time heartbreaking as we see that Rogers and Stark are at a point of no return with each other. By the end of the film, everything has changed not just for the two main characters, but for the allies that took their sides. 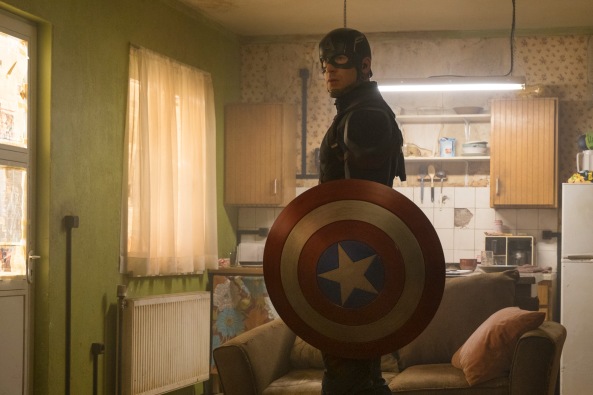 Captain America: Civil War is a triumph that is worth multiple viewings not just because of the spine-tingling action but because at its heart the movie is about friendship and how it gets fractured. It is hard to believe this but even though this is Marvel Studios’ thirteenth MCU film, it proves that the Marvel Cinematic Universe can still surprise and excite us as it continues to expand.

One comment on “Captain America: Civil War Is Another Triumph For Marvel”