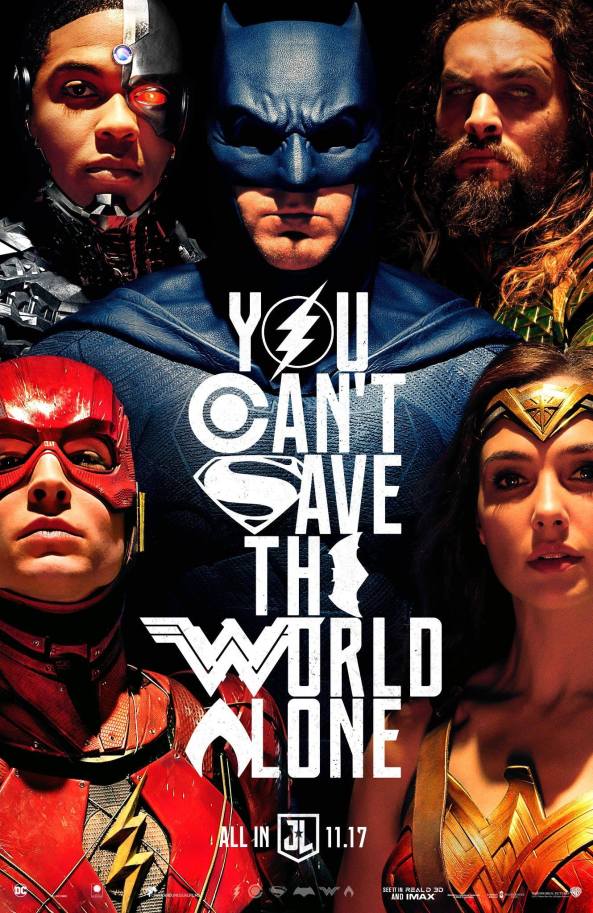 Justice League is the latest film for the DC Extended Universe (DCEU) franchise and I think it is one of the best. Once again, a DCEU film has for some bizarre reason received a divisive reception, but to me this film works on just about every level. The story continues from Batman v Superman: Dawn of Justice and in a nutshell, shows Bruce Wayne (Ben Affleck) seeking out other meta-human super heroes: Wonder Woman (Gal Gadot), Aquaman (Jason Momoa), the Flash (Ezra Miller), and Cyborg )Ray Fisher) to form a team capable of stopping an alien invasion led by supervillain Steppenwolf (Ciaran Hinds).

The action and stunts in this movie are top notch and the story is relatively straightforward. Some would say too much so since it is a two-hour film as opposed to Batman v. Superman, which was two and a half hours long. I would have liked to have seen more world-building and perhaps another 10-15 minutes of runtime to do so, but Justice League still did not feel rushed to me. Another complaint I’ve heard is the CGI, especially with Superman’s missing facial hair due to actor Henry Cavill having a mustache during reshoots. There were maybe a few seconds where I noticed this, but it did not ruin any scenes and the rest of the effects in the movie were quite good. Everything from Cyborg’s armor to Steppenwolf’s parademons were all well done. The fight scenes were a thrill to watch and the history lesson shown early in the film that depicts a previous invasion was a special treat since it shows alien Green Lanterns for the first time in the DCEU, as well as massive armies of Atlanteans and Amazonian warriors facing off against the hordes of Apokalips. I do wish this scene was longer to set up the whole invasion storyline, but what we did see was great. 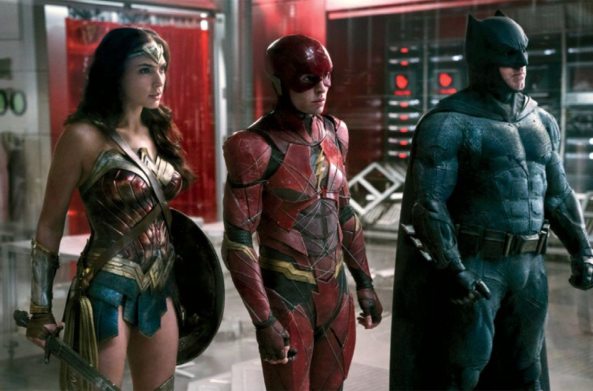 The acting was also a positive as the chemistry between the team members was a highlight. Ben Affleck continues his role as the definitive live-action Batman, Gal Gadot is just as good as she was in this summers big hit Wonder Woman, Ezra Miller(the Flash) provides hysterical comic relief as the youngest member of the team, Ray Fisher is effective as the troubled hero Cyborg and Jason Momoa gives fans a good preview of Aquaman, the next DCEU film in December 2018. The underwater battle sequence shown was a sight to behold and should be great to see for a whole film come next year. Finally, Henry Cavill returns as the iconic Superman. His resurrection is handled well and showcases his awesome powers as things don’t go quite the way Batman planned because Supes isn’t in a good mood when he does wakes up. His eventual return to battling the villains is a great moment and gives fans their first glimpse of the hopeful Superman in the DCEU they’ve been waiting for. I also enjoyed Steppenwolf’s portrayal by Ciaran Hinds. He was a powerful adversary for the League and his parademons were also scary looking henchmen. I did not see him as a weak villain, however I would have liked to have seen more of where he came from, the planet Apokalips, as well as his ruler Darkseid, who is only mentioned but not seen.

The tone of this film is lighter than Batman v Superman, and there is more banter between the heroes which is not surprising since Joss Whedon took over from Zack Snyder during reshoots. Most of the quips are amusing and they didn’t take away from the stakes the Justice League faced with the fate of the world hanging in the balance. Batman is a changed character from the previous film since Superman’s sacrifice and death gave him a new outlook on what it means to be a hero. This propels him first to form the Justice League and then to bring Superman back to life when he realizes that the League are overmatched and need the Man of Steel to get them over the top against Steppenwolf and his legion of parademons. Wonder Woman is shown still dealing with the aftermath of losing Steve Trevor in her solo outing and even argues with Bruce about having to come to terms with your past. I liked seeing this character progression and it seems to bring the heroes full circle from where they started in previous films.

Aside from the minor quibbles of the shorter run time and mustaches, Justice League is a film that I definitely enjoyed. The ending sets up further adventures for our heroes and villains with a  post-credit scene (SPOILER ALERT!) showing a freed Lex Luthor wanting to create his own group of supervillains starting with Deathstroke. Whether this happens or not is unclear due to the mixed reception the film has gotten. 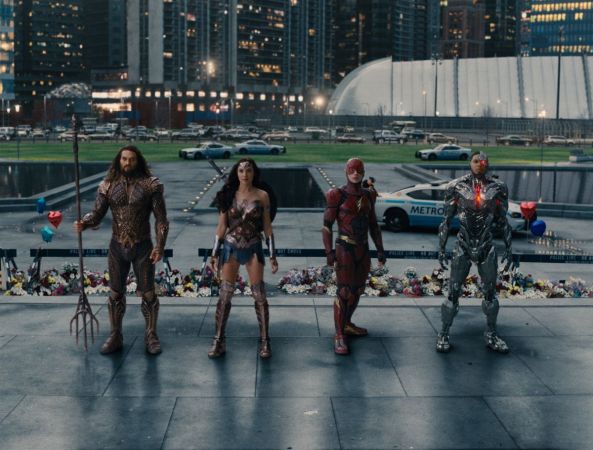 I would love to see another JL film, especially if it features the League battling a rival group of supervillains and having Green Lantern joining the team as the seventh member. New characters joining the league is hinted at in the end and this is something that should be explored in future films. Previous incarnations of the Justice League in both comic book and animated films, plus, characters like Martian Manhunter and Shazam, would be nice to see. In any case, even if this doesn’t happen, it was great to finally have a live-action Justice League film featuring these legendary characters. It was a pure joy seeing them joining together on the big screen for the first time, showing off their amazing powers, and saving the world. Any future team-up movies with them are something we all can look forward to.
C. S. Link

5 comments on “And A Justice League For All”