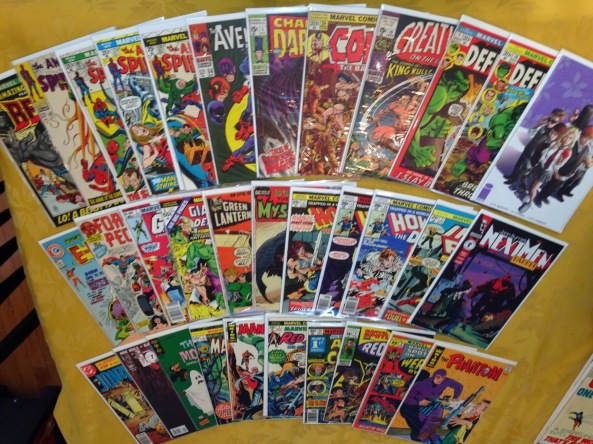 We looked at the current state of the comic book industry, which had been declining in recent years for many reasons ranging from too many products flooding the market to the obsession with variant comics. The industry suffered a brutal blow with the COVID-19 pandemic which forced most stores and industries to close in order to stop the spread of the coronavirus. This weekend, another annual Free Comic Book Day event would have taken place all over. That is gone, along with highly anticipated conventions, especially the San Diego Comic-Con.  But fear not, we will get our geek fixes at some point in the future.  However, as our society looks ahead and to reopening, many fans are wondering where the comic book industry goes from here or if it can survive.  Let’s look further.

To be blunt, there are too many comic book titles flooding the market. Certain popular characters have multiple monthly titles; numerous crossover event books have overtaken the shelves; and every time a fan turns around a title is canceled, relaunched or rebooted just to produce a new number one issue for collectors. The hard truth is that this cannot continue. Once this crisis passes and the stores reopen, the publishers have to entice readers to buy their products. One thing to keep in mind is that too many buyers are now out of work and cannot easily afford comic books, not with current prices. It is not realistic to expect the average fan to buy all of your products as in the past. 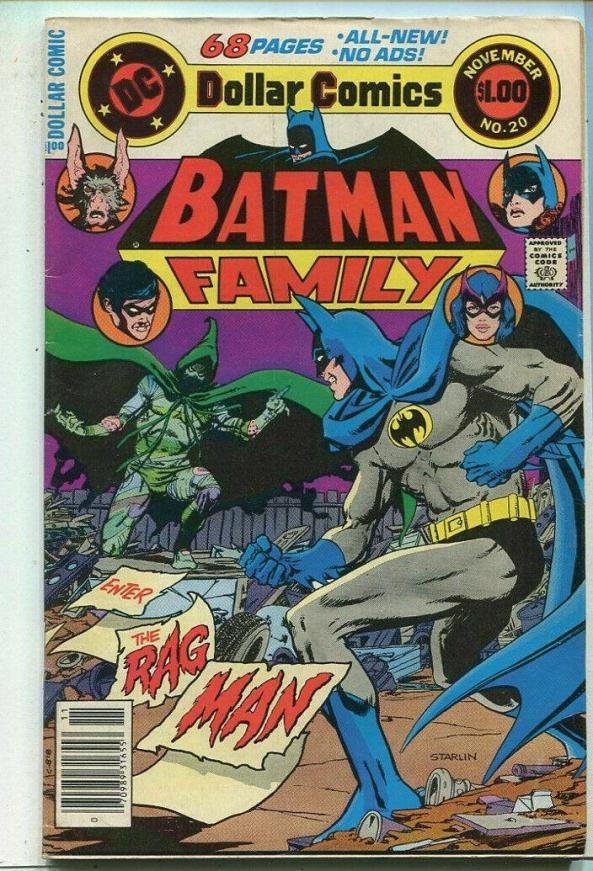 Publishers need to determine what books to create. The obvious answer would be to focus their titles on their most popular and recognizable characters. And they should be limited to two or three titles at most. One thing publishers can do is to increase the amount of pages in a popular title and feature back up stories with lesser heroes. This was the norm back in the Golden Age of Comics and would allow for the publishers to keep employing creators as is currently done.

Look at the Downside

While contracting the amount of books published monthly goes against publishers wanting to put out as much product as possible, there are long-term benefits. Limiting the amount of exposure for a character creates demand. At the same time, the quality of the stories will improve as not every story angle will be quickly used up in a short amount of time by writers and artists pumping out dozens of titles per month. 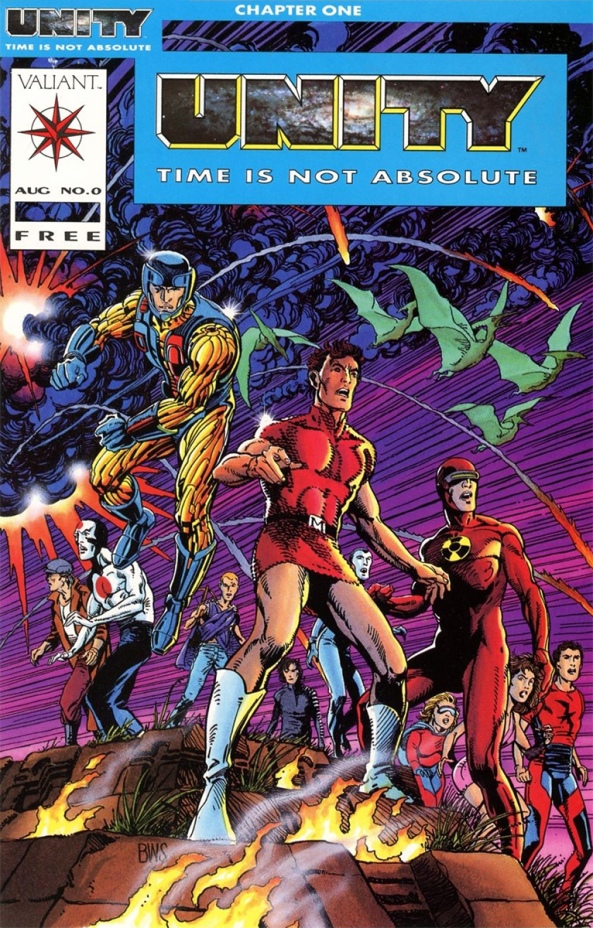 Another benefit for downsizing comics is that it will be easier to coordinate events and continuity. An all-too-common gripe from readers is how they are pressured to buy every single crossover comic book and keeping up with what is going on. Too often, events are contradictory and repetitive. How many times can someone in the Fantastic Four or the Avengers die and come back? Think of how great it was to read the early Valiant comic books. Back when those comics came out in the early 1990s, only a few titles were published monthly and there was a tight continuity between the titles. They were easy to follow, yet for the most part we were not forced to buy every book. This helped create buzz for those Valiant titles. When an event like Unity occurred it was a big deal. Nowadays it seems as if there is some kind of weekly event. Speaking of events, what is the latest Spider-Verse thing going on now? Or is it Spider-Geddon?

There are many ways to cut costs aside from limiting output. The easiest way to entice buyers is through sales: BOGOs, discounts, subscription services, etc. Many of these sales tactics are used right now, which is often seen during the holiday season, Free Comic Book Day, or the release of major superhero films.

Still, these sales will only go so far. To keep people coming back and buying comics on a regular basis, prices must be lowered. Expecting loyal readers to fork out $3.99 per title is unrealistic given the state of the economy. One reason why comic books took off when they were first published was because of low prices. Everyday kids could afford to buy them for 10 cents at the beginning. They were even affordable when the prices eventually went up to a dollar or so. But current prices inhibit children from buying them. Publishers must entice new generations of readers to keep the industry alive; although publishers put out inexpensive comics geared towards young children, they are not adequately attracted to more traditional titles. 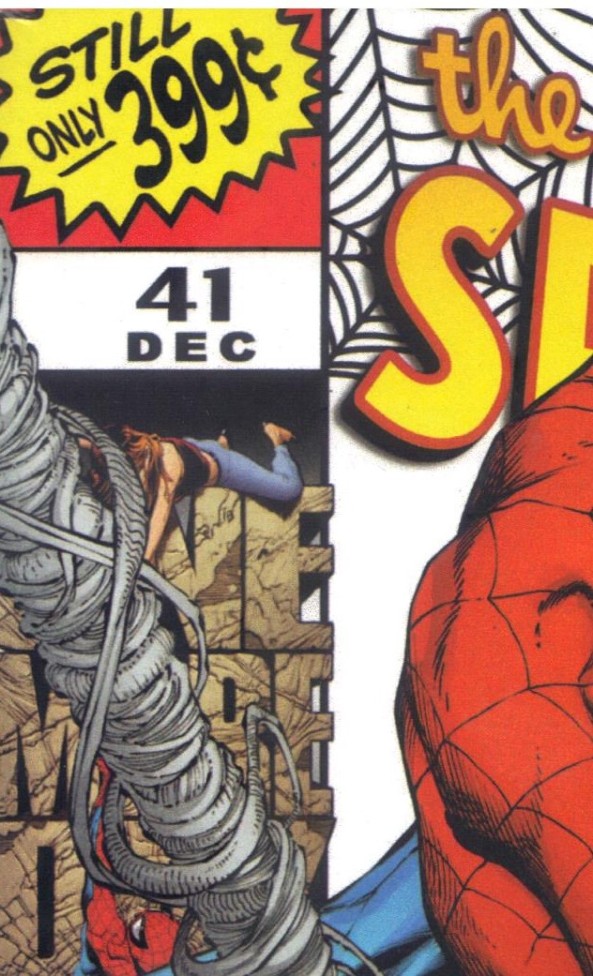 OK, so how can publishers lower prices besides limiting the amount of books published? One thing that can be tried is to change the paper stock and if worse comes to worse go back to newspaper print. It was only in the past couple of decades that the paper quality in comics took quantum leaps forward. No longer did collectors have to worry about yellowing pages or crumbling paper. But this came at a literal cost. Perhaps it is time to revisit the traditional newsprint, if only for a while.

Another idea is to use less pages per title. This could mean shorter and more serialized stories. But this should be considered along with the actual size of a comic book.

Most fans know that the Golden Age and Silver Age comic books were actually slightly bigger than current comics. The sizes were reduced eventually to diminish the amount of paper needed and therefore cutting costs. Comic books in the future will probably be smaller and look like those Best of DC comic book digests that came out in the 1970s.

The Digital Age of Comics

Comic books have evolved throughout history as any long-lived product and the medium has done so by embracing the new digital age. In recent years, digital versions of old comic books, as well as current titles, have been available to buy or read online. Publishers can fully embrace the digital platform and only release comic books digitally and at lower prices. Currently, new digital comic books cost about the same as printed copies; this is not a good way to entice readers to try the digital platform. This certainly would eliminate the cost of printing and distributing comic books.

The medium will undeniably change if the digital platform is fully embraced. This happened before and is what led to the comic book as we know it. Originally comic books were made up of reprinted newspaper strips. The early publishers discovered that the strips were not easily adapted into the comic book form as the layouts were not very compatible with those in a comic book. This led to the creation of original stories and hence the Golden Age of Comics when Superman debuted in Action Comics #1.

We are witnessing similar growing pains with digital comics. They can be hard to read depending on the mobile device. Take a look at Giant-Sized X-Men #1. The panels in one page are broken up and put into several more pages. This can be jarring to read and is evident when viewing a splash page that has dialogue all over. The page first features the new X-Men talking with word balloons at the top and their bodies cut off at the mid-waist. Then the next page pans downward to show more word balloons placed at the bottom of the original layout. It doesn’t flow smoothly to the eye.

Future creators will have to re-conceptualize layouts and take advantage of coding to include more interactive features and three-dimensional elements. Some digital comic books today have such features like sound effects and limited movement. This could be expanded further so that tomorrow’s digital comics will be more like mini-animated features.

It is impossible to tell how the digital medium will impact comic books. However, if comic books go in this direction, this will lower costs for everyone and begin a new age for comic books: a Digital Age of Comics.

This would create some pushback from fans, especially older ones, who prefer physical copies of their comic books. Not to mention this would be catastrophic for stores. But there are ways to adapt.

For instance, publishers do not necessarily have to abandon the print medium altogether. They could follow the model of physical and digital films that are released today: films released for home media are first available digitally, then a few weeks later the physical version become available. Publishers could release a title digitally first then once a story arc ends or a certain amount of issues pass, they then release a trade paperback version that could be sold exclusively in stores or through mail order. This would provide stores with new products and please fans of print copies. The trade paperbacks have many advantages over flimsier traditional comics in that they don’t carry ads, are sturdier, made of higher quality materials and require less care.

Traditional comic books could still be printed but on a demand basis only. This would allow for titles with collectible variant covers to still come out to cater to the high-end collectors, while regular fans will be content reading their favorites digitally or in trades. Stores could provide limited printing services where buyers would pay a fee to have a specially made issue printed for them to add to their collection if they don’t want a trade.

Most comic book stores today have branched out to sell other products, which is an excellent way of diversifying. Not to mention, doing so allowed them to survive and grow. Great examples include Midtown Comics, Graham Crackers and Coliseum of Comics. Retailers could further move away from comic books and have them available to subscribers or through special orders. This will free up space, keep rental costs down, and cut down on inventory—the problem of having a glut of unwanted comic books will be gone!

Another thing retailers could do is to share their space with other retailers that sell non-comic book products such as food or clothing. The products sold in the shared space would be complementary and the diverse products will help prop up traffic during slow periods for all retailers sharing the space. 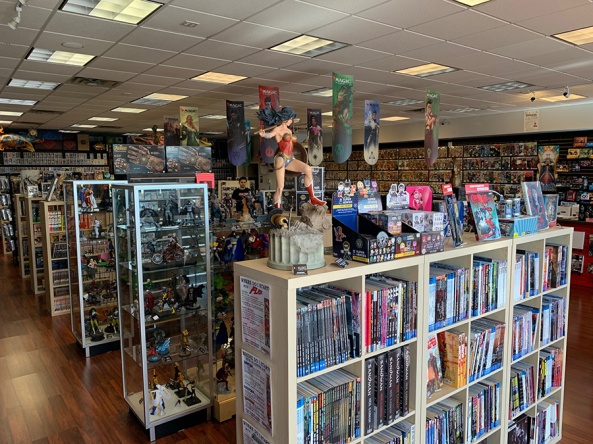 Either way one looks at it, this development heralds a coming distribution battle that should benefit comic book publishers, retailers and fans. This might even lead to lower prices thanks to the competition from the distributors.

The coming distribution battle proves that the comic book industry still has some life. Comic books still have intrinsic value and are in demand. Let’s be honest, the IP that came from comic books, namely the superheroes, are too valuable to sell off or fall into limbo. Even though these characters (i.e. Superman, Spider-Man, etc.) and situations (The Walking Dead) have successfully spun off into live-action media, their source material will not be discarded so easily.

The comic book medium will be 100 years old in the next decade. It will be a terrible shame if they were allowed to die and despite the current gloomy outlook they will have a future. Yes, we will be celebrating the 100th anniversary of comic books before we know it. The medium will change in ways that is difficult to predict but take heart that after this crisis is over and our society and economy opens up again comic books will survive and eventually thrive, just as long as the companies focus on great characters and stories. In the end that is what will build loyalty and success.

8 comments on “The Current State And Future Of Comic Books, Part II”