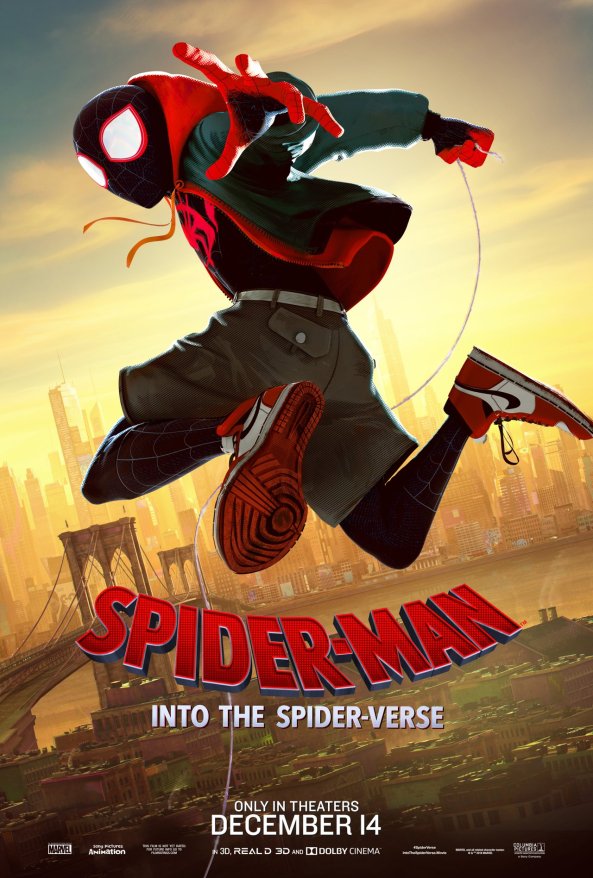 Sony’s latest entry into their burgeoning Spider-Man cinematic universe, Spider-Man: Into the Spider-Verse, is a boon not just for the film studio but for Spider-Man films in general. This is not a small feat given Sony’s recent spotty record with their own Spider-Man films.

Spider-Man: Into the Spider-Verse follows the adventures of Miles Morales (Shameik Moore), a young middle schooler who gains the spider-like powers of his hero Spider-Man (Chris Pine) in a universe similar to the Marvel-616 and the live-action films. This universe’s version of Spider-Man is killed after trying to stop the Kingpin’s (Liev Schreiber) dangerous machine which breaches dimensions. As Miles struggles to honor his hero and grow into his role as a new Spider-Man, other versions of the hero from different universes start appearing. He forms an uneasy teacher/student relationship with an older, jaded version of Spider-Man/Peter B. Parker (Jake Johnson), who has suffered a series of downers in his life like divorce, poverty, and is out of shape. Together, the two work with other Spider folk like Spider-Gwen (Hailee Steinfeld) and Spider-Man Noir (Nic Cage) to find a way to return to their proper dimensions and destroy the machine before it irreparably destroys all universes.

The film has a wild and kinetic animated style that carefully combines 3D animation with conventional line and dot comic book art to create an organic and  moving comic book come to life. Adding to the effect were numerous word panels that conveyed characters’ thoughts and complimentary sound effects, just like in the comics. Producers Phil Lord and Chris Miller (remember them? They were the directors fired by Lucasfilm), along with directors Bob Persichetti, Peter Ramsey and Rodney Rothman, pulled off this loving ode to Spider-Man and superhero comic books that will be remembered for a long time. 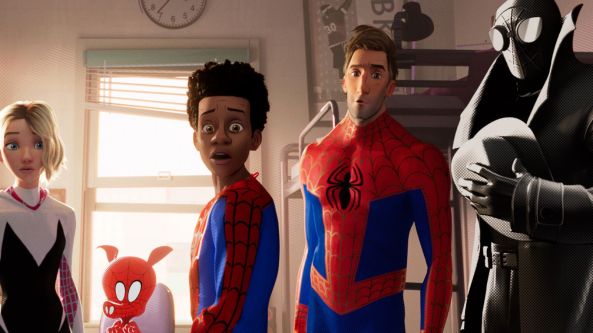 But as great as that sounds what makes Spider-Man: Into the Spider-Verse soar are its characters and story. It is too easy for a story like this about parallel universes and derivative characters to go off the rails, but the film gets us involved with not only Miles, but the other versions of Spider-Man, particularly the older Parker. Even though he is jaded, Parker is still a heroic person and is protective of Miles, though the younger Spidey wants to prove himself. What is impeding Miles, are his own insecurities stemming from his awkward relationship with his father and his inexperience. What was great to see is that Miles does not become an instant hero, he has to grow into his role and learn not just how to swing, but about responsibility and sacrifice. Remarkably, in this crowded film, the other Spider heroes have their own moments to stand out and shine, and this goes for the supporting characters. The only exceptions to this and a nitpick about the film, are the villains, who are a bit one-dimensional. But they server their purposes and help move the plot. Overall, the film moves along at a brisk pace and is quite exciting and fun.

As expected, there are too-many-to-list references to Spider-Man films and his history. Many of them will leave you on the floor laughing, especially with the recreations of infamous dancing scenes from Spider-Man 3. Of course, the Stan Lee cameo was one of the better ones and there is a loving, heartfelt dedication to the departed Lee and Steve Ditko at the end that is worth hanging around for. Adding to that is a hysterical post-credits scene starring a couple of versions of Spider-Man that features Stan Lee voicing J. Jonah Jameson. It has to be seen to be believed, it’s that great!

It’s hard to believe, but Sony delivered quite possibly the best Spider-Man film since Sam Raimi’s Spider-Man 2. After the debacle of The Amazing Spider-Man 2, it is safe to say that the film studio has found an amazing (pun intended) avenue for their own spin on Spider-Man films.  Hopefully, this can be the beginning of classic animated films that rivals anything that their competitors can come up with…just as long as Lord and Miller are left alone to work their magic. I already look forward to seeing other versions of Spider-Man joining the fray in a sequel. 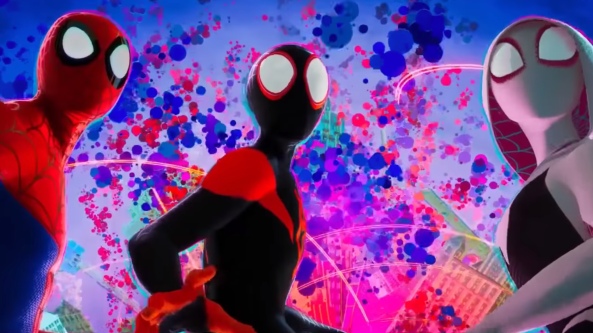 This animated film is the best surprise of the year not only with superhero films, but films in general. As 2018’s most dazzling animated film, Spider-Man: Into the Spider-Verse will make any true Spider-fan smile and rejoice. Do not take this statement lightly, in this year of outstanding animated and superhero films, Spider-Man: Into the Spider-Verse is an instant classic.