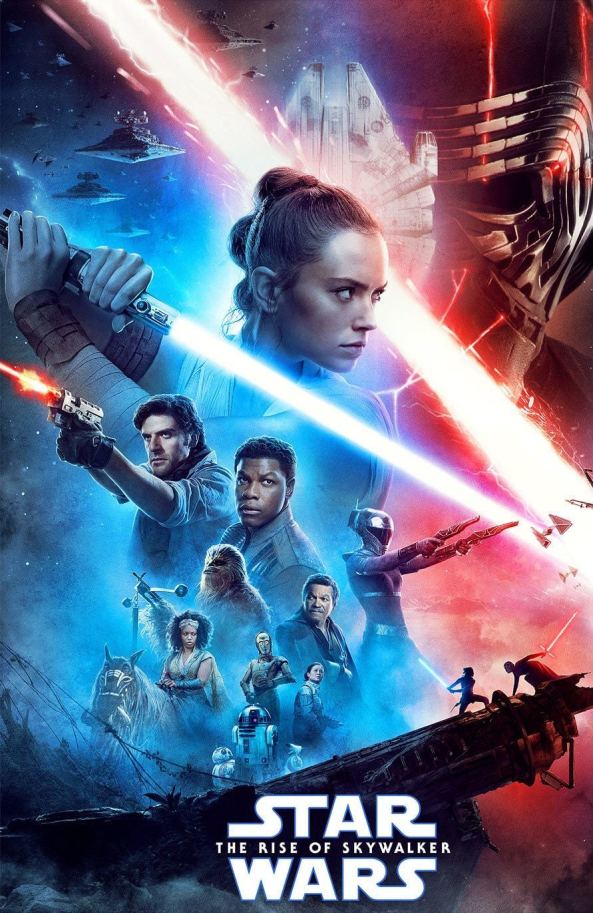 Star Wars Episode IX: The Rise of Skywalker is the latest and supposedly final Star Wars film dealing with the Skywalkers is now out. As with recent Star Wars films it is already a divisive film among fans and critics alike, who either praise it or deride it for too many reasons. Trying to do an objective review is very difficult for a film like Star Wars: The Rise of Skywalker and that is because of the film franchise’s unique way of permeating throughout time. It is all too easy to offer an opinion on the latest Star Wars film, but come back a year or five later and anyone’s opinion will change.

Look at the prequel films. For the longest time they were so loathed by many fans that George Lucas swore off doing anymore films and could have been a reason why he just up and sold the property and Lucasfilm to Disney. Let them take the heat for the films and boy, are they doing so now. The derision tossed at the Disney-era films is so severe that the prequels are now viewed on a more favorable light by many. The one merit pointed out with the prequels is that at least they had a cohesive vision: the fall of Anakin Skywalker and the Jedi. This cohesiveness and vision are obviously missing with the sequel trilogy, which is a handicap the last film in the sequel trilogy had to face.

As many know, director J.J. Abrams created the template for a new trilogy with Star Wars: The Force Awakens in 2015. It was expected that the director of the next film, Rian Johnson, would take the themes and plot threads and continue them. Instead, Rian Johnson went off on his own tangent and did a deconstruction of the Star Wars films with Star Wars: The Last Jedi and the reaction was disastrous, divisive, and controversial.

Seeing the hatred Star Wars: The Last Jedi received, Lucasfilm tapped J.J. Abrams to come back and do a course correction. Did it work? Honestly, that is hard to say. On a personal level, to myself, the film was awe inspiring and emotional. It moves with a fast-paced momentum that reeks of desperateness that works! Star Wars Episode IX: The Rise of Skywalker is a satisfying return to the Star Wars that we all loved that is a heartfelt tribute.

But objectively, there are faults with the film and they come from Abrams and Lucasfilm’s thankless task of trying to undo the damage The Last Jedi did. The first half of the film is spent fixing and retconning characters and developments from The Last Jedi and at the same time it has to tell its own story. This resulted in a film that is constantly moving without a moment to breathe. Plot A occurs and it immediately leads to Plot B, then Plot C happens. The characters jump from planet to planet at a dizzying pace in a frantic scavenger hunt. Along the way, multitude characters, new and old, pop in and out to service the plot. While all this is going on Abrams also has the unenviable task of working in footage of the late Carrie Fisher as General Leia Organa into the film in a way that works. Thankfully he succeeded, and with the overall job of cramming in all the plot points and resolving any threads. It was not easy and quite messy, but somehow it worked.

Thankfully, by the time the second half of the film commences, it is allowed to slow down and proceed at a smoother pace. By this time the emotions do get to you with all the fan services. There are many of those, which include call backs to all past eight films and while they could turn off some viewers, Star Wars fans will be delighted. But in this case, the callbacks are warranted. This is the final film in the trilogy and it was supposed to conclude the expansive story that began with Star Wars Episode One: The Phantom Menace. One element from Episode One that is revisited is the evil machinations of Palpatine (Ian McDiarmid). Some spoilers will start.