OK, let’s be honest, we need our superhero film and TV fix! By this time, during normal circumstances the Marvel Cinematic Universe (MCU) drought we’re experiencing would have been quenched by the May release of Black Widow and we would have been going wild over the release of Wonder Woman 1984, which would have been yesterday. But nope, a deadly coronavirus had to ruin everyone’s year. *Disclaimer time* This by no means is meant to make light of the pandemic our world is suffering through. No matter what, our lives and well being are more important than being inconvenienced with social distancing, self quarantines, and no new superhero films. We all should continue do our part to prevent the spread of the coronavirus until a viable treatment or vaccine is available. 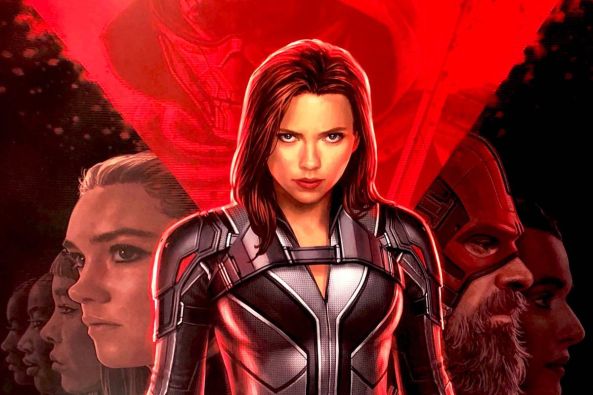 We have not had a new MCU film since last July’s Spider-Man: Far From Home and we are certainly overdue. It is hard to believe that soon it will be a year since any new MCU material has come out. Sure, there were the Marvel TV shows that came out in the time period such as Runaways and currently Agents of S.H.I.E.L.D. But they are treated as non-entities by the powers that run Marvel Studios to the point that fair arguments can be made that these TV shows are not part of the MCU and can be ignored. But that is an argument for another day.

Anyway, it is hard to accept that for over a year no MCU film has been released. The last time this happened was in 2009 when the MCU was in its infancy and we had plenty of films that year to keep us occupied!

We also would have had the Disney+ TV show The Falcon and the Winter Soldier to look forward to in a couple of months. Originally the program was to stream in August of this year, but that show along with Disney+’s other MCU show for this year, WandaVision, have been delayed because filming stopped earlier this year. The safety of the cast and crew are more important than a schedule but it just plain sucks they could not have finished by the time the pandemic ravaged us. Rumor has it that The Falcon and the Winter Soldier needs to be rewritten and reshot because it supposedly had a storyline about a pandemic and that would not go over well today.

One flaw about the interconnected nature of the MCU is that the films (and soon TV shows) cannot be shown out of order. For example, WandaVision directly leads to the upcoming film Doctor Strange in the Multiverse of Madness. It would have been awkward if that film was ready to go before WandaVision was completed but in this case it worked out because the Doctor Strange film has not even begun filming (and its release date has been changed from next year to March 2022). In other words, even though it is a prequel film, Black Widow probably has to be released first before we can see The Falcon and the Winter Soldier and so on. Black Widow has been rescheduled for November 6, 2020. But given the impatient deniers who won’t wear masks or keep social distancing and the ongoing protests it is quite possible that a second wave of the coronavirus will come with a vengeance. So, Black Widow’s new release date is not a guarantee.

Hopefully, Black Widow will not suffer the fate of The New Mutants, a film that has been forever rescheduled. Can anyone believe it was supposed to be released back in 2018? The ironic thing about The New Mutants is that many of us had little interest in the film and gave up on it as a last gasp from the defunct Fox X-Men film franchise. Now, with its latest release date being August 28, 2020, it will be the sole Marvel film fix until the MCU films can be released.

One thing the DC Extended Universe (DCEU) has over the MCU is that at least it has had a film released earlier this year with Birds of Prey (and the Fantabulous Emancipation of One Harley Quinn). Despite the mixed reception that film received it is starting to look pretty quenching in the superhero film drought!

But more importantly there will be a DCEU film coming out this summer. While Wonder Woman 1984 was originally to be released on June 5, it’s release was only delayed by a couple of months and will now be August 14 of this year. Again, let us hope a second wave does not disrupt those plans.

The next two DCEU films lined up are The Suicide Squad and The Batman, both of which are still scheduled to be released next year, though filming of The Batman has halted for the time being. The Suicide Squad had completed filming and post-production was not affected by the pandemic, so it is on schedule. Fingers crossed they will be released as planned.

In any event, we do have the DC TV shows. Their Arrowverse TV shows just concluded their seasons, so anyone who has unseen episodes lined up have some good material to go through. Right now, the newest Arrowverse TV show that is airing on The CW and the DC Universe streaming app is Stargirl; though technically Stargirl is not part of the Arrowverse, it is connected in a multiverse kind of way. Unlike many of the Arrowverse shows, Stargirl is earnestly spunky and fun with a winning lead heroine, sort of like the early seasons of The Flash. The TV show is certainly a pleasant diversion for the summer.

Doom Patrol is another DC TV show coming up that is greatly anticipated. Luckily that show’s second season episodes are complete and ready to be streamed on the DC Universe and HBO Max apps on June 25. It is one of the best and quirkiest superhero TV shows around and something to look forward to later this month.

Even though it is still slated to be streamed later in 2020, filming has halted for Titans earlier this year so it is anyone’s guess as to when the third season of the darker-edged superhero show will stream.

There are two upcoming superhero TV shows which are still scheduled to stream next month, The Boys on Amazon Prime and The Umbrella Academy on Netflix. Filming for both shows completed well before the pandemic truly hit and are good to go.

It is ironic to think that last year all the critics and snobs were complaining about how superheroes took over the film and television landscape. Now those superhero films are scarce, then again so is everything else unless you count those on-demand films popping up on TV. It is unlikely a big-budget superhero film like Wonder Woman 1984 or Morbius (pushed out from October to next year, as well) will wind up on-demand and skip a theatrical release. Like it or not, most superhero films are big budget, A-list affairs and film studios will lose money and prestige by avoiding a theatrical release. Then again, if the pandemic does not subside they may not have a choice because the demand for new superhero films and TV shows will still be there.