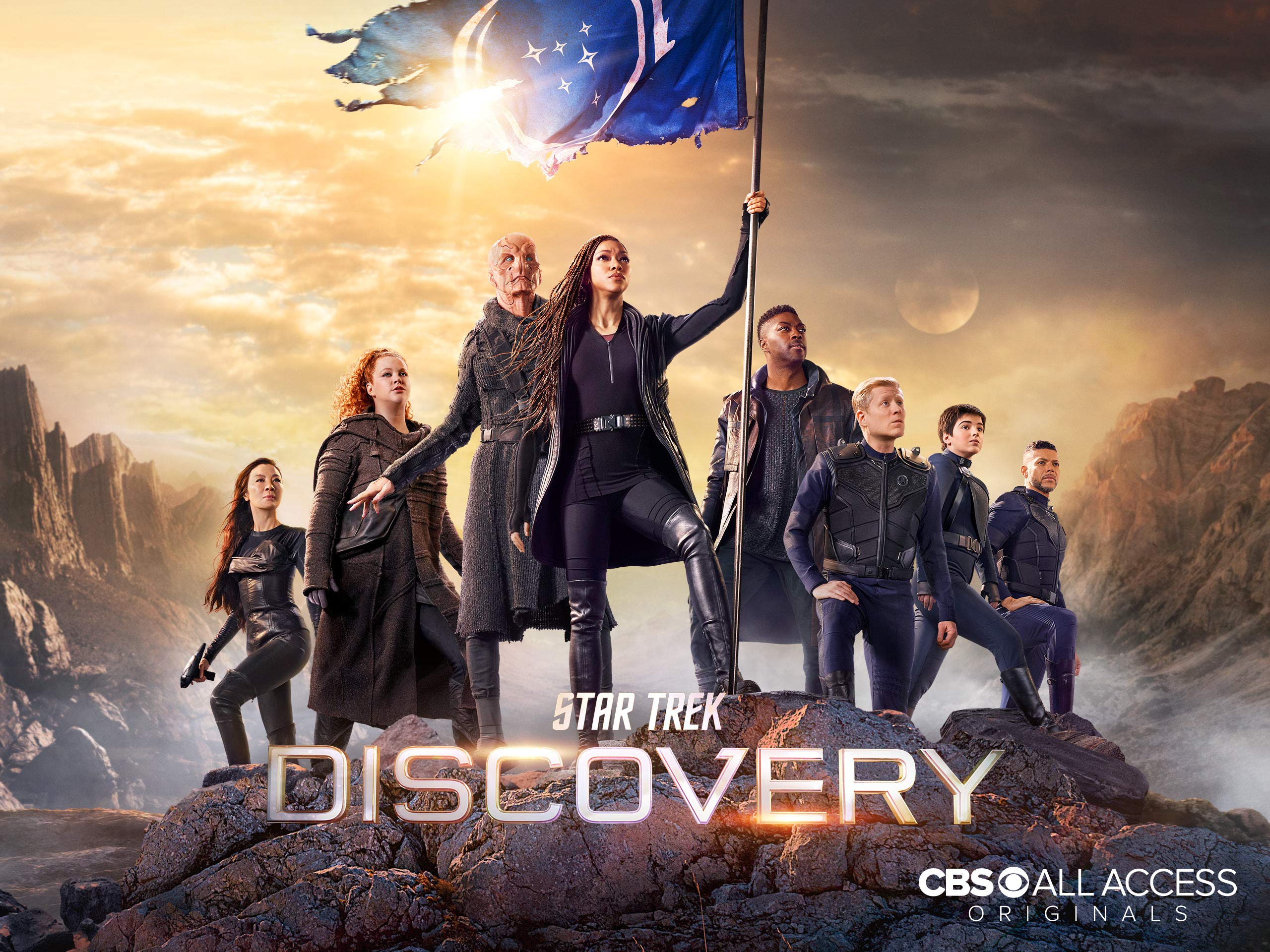 The third season of Star Trek: Discovery concluded the other week with the finale “The Hope That Is You, Part II”, which was a peculiar title since the premiere episode was part I. This helps illustrate the off-kilter nature of Star Trek: Discovery’s third season. It had a great premise which functioned as a soft reboot for the show, but the execution was lacking at times and has turned off fans.

In the final second season episode of the show, the U.S.S. Discovery was hurled over 900 years into the distant future and the latest season chronicles the crew of the Federation starship after they arrive in the year 3188. Or rather the series lead Commander Michael Burnham (Sonequa Martin-Green) arrives in that year ahead of her starship. After Burnham and her crewmates are reunited they set out to find out what happened to the United Federation of Planets. At this time in history, the Federation is a shadow of its former glorious self. Roughly a hundred years prior, the galaxy suffered an event called The Burn that destroyed most of the Federation’s Starfleet and Star Trek’s crystalline power source, dilithium crystals became a rare commodity. Meanwhile, the Federation was forced to contract its vast borders as core member worlds like Earth and Vulcan (now called Ni’Var) left it to become independent states.

Before long, the Discovery and its crew encounter the remnants of the Federation and soon offer their services to help rebuild the Federation with the aid of their ship’s unique spore drive that can travel instantly throughout the galaxy. By the way, the ship received a nifty upgrade.

To repeat, this is a terrific premise but the execution was woefully uneven and frustrating at times.

First the good: The production was exceptional with film-quality special effects and production design that rivals the J.J. Abrams films (fans of those films will be pleased to know that that alternate universe was mentioned in one episode).

Many of the new characters were instantly engaging and memorable such as Cleveland “Book” Booker (David Ajala), your typical space rogue with a heart of gold and Burnham’s love interest. Book was a fascinating rogue who had selfish motives in the beginning but quickly allowed his inner goodness come to light and he strove to become part of Starfleet. Speaking of Starfleet, the show introduced one of Star Trek’s best admirals with Admiral Charles Vance (Oded Fehr) who projected the gravitas of a seasoned and reasonable leader. He also helped make up for the loss of Captain Pike, one of the best highlights of the second season. The Discovery also recruited a young human Adira Tal (Blu del Barrio), who is co-joined with a Trill symbiont and possesses a keen scientific mind. Occassionally, they (as Adira asked to be referred to) interacts with their deceased lover and previous Trill host Grey Tal (Ian Alexander). It turned out that Grey was not a hallucination and in a later episode when other Discovery crew members were able to see and interact with Grey, these encounters were one of the best emotional highlights of the season. 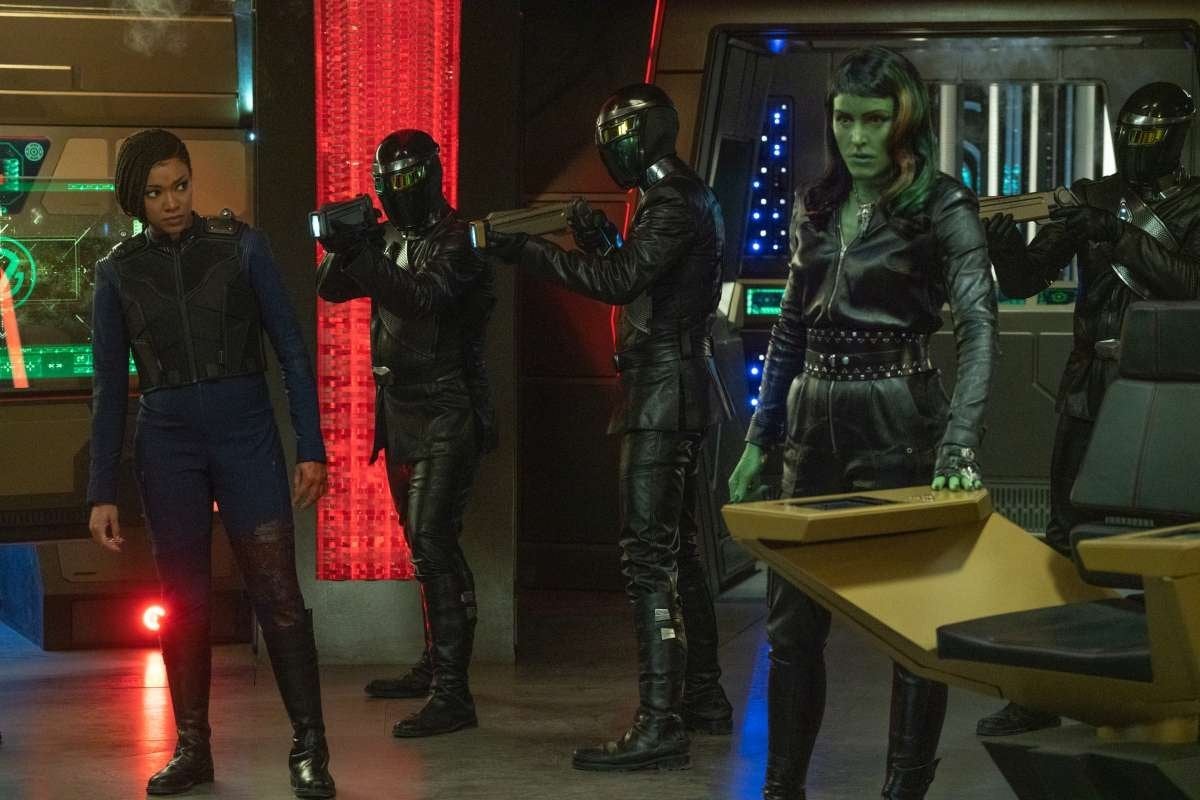 The new baddies in the Star Trek universe are the Emerald Chain, a criminal organization led by Orions and Andorians who now occupy significant portions of former Federation space. Their leader is Osyrra (Janet Kidder), a vicious and manipulative thug who will stop at nothing to capture the Discovery and steal its technology. Basically the Emerald Chain are the Ferengi on super steroids and gave us a hint of how the Ferengi were supposed to be portrayed in early episodes of Star Trek: The Next Generation (TNG). 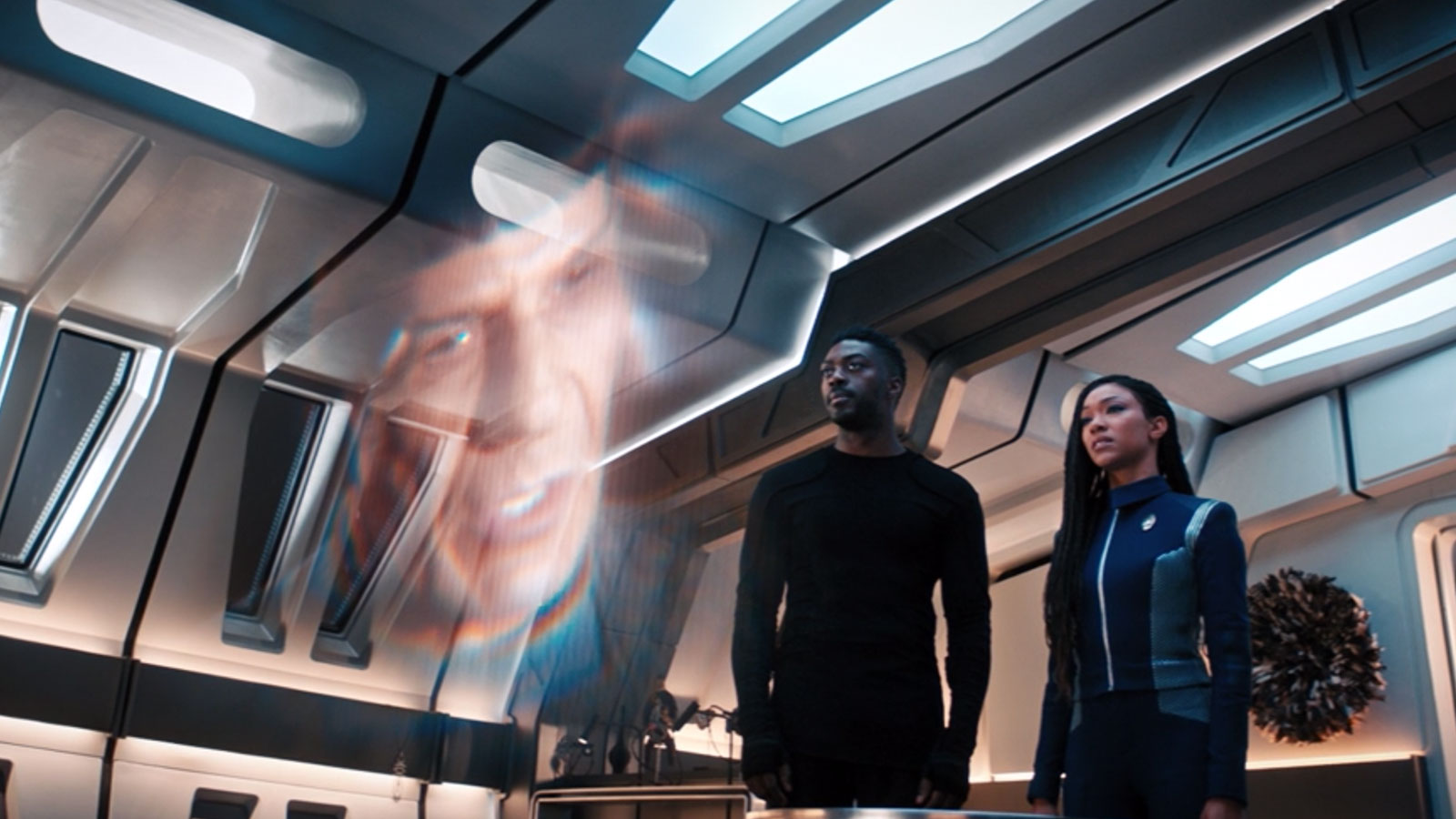 Some episodes were quite good like the premier episode and season finale; “There is a Tide…”, which basically was Die Hard on the Discovery with Michael Burnham doing a bang up job as as 32nd century John McClane; “Far From Home” reunited Burnham with the Discovery; and “Unification III” had the Disocvery travleing to the former Vulcan. This episode functioned as a distant sequel to the TNG episodes “Unification I and II” and gave us a brief cameo of Leonard Nimoy as Spock. 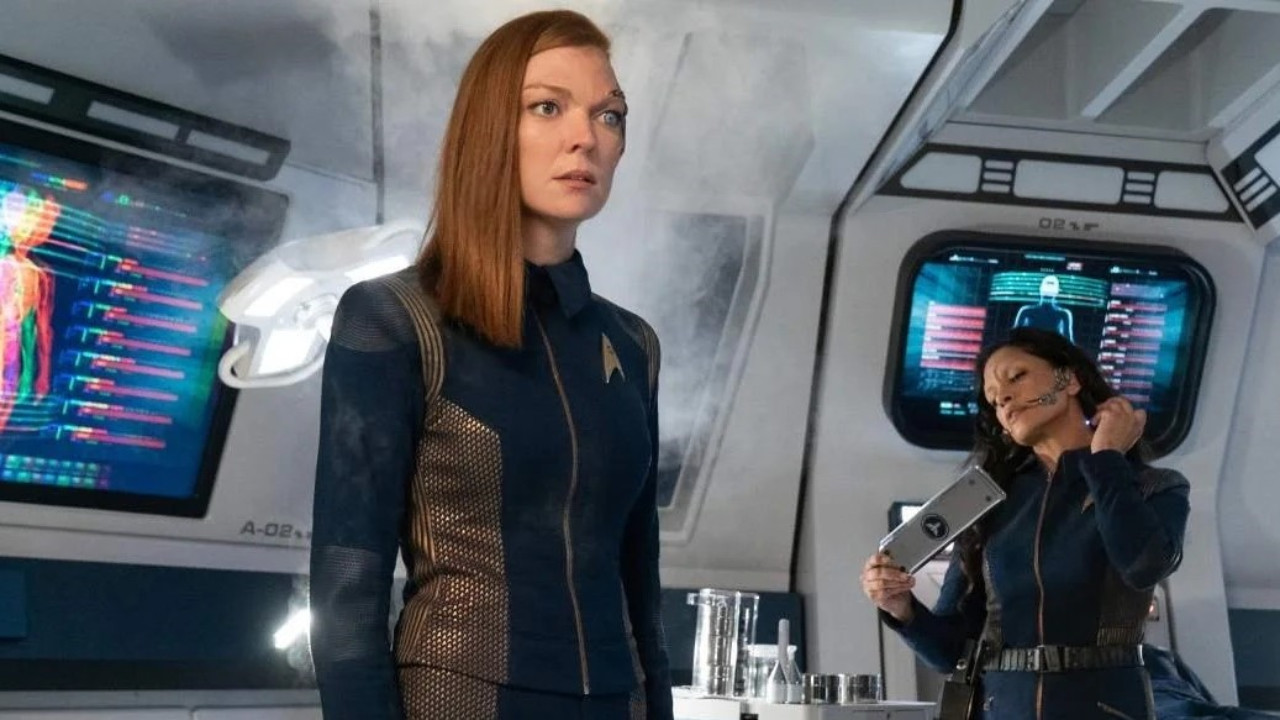 Other episodes…well they left a lot to be desired. Overall Star Trek: Discovery was not a train wreck, but there was so much wasted potential and undeveloped plots and characters. The show spent so much time on the new characters that the bridge crew were still left in the background, yet at times we’re supposed to care deeply about them. Take Lt. Detmer (Emily Coutts), the shp’s pilot. There are many scenes showing her suffering from PTSD yet nothing comes of it. In fact, so little time is spent showing how the crew reacts to the fact that they are stranded in the distant future. Other memorable characters like Jett Reno (Tig Notaro) the sarcastic engineer, and Paul Stamets (Anthony Rapp) were not prominent and Nhan (Rachael Ancherill) the competent security chief is suddenly booted from the show as if to deprive the Discovery’s captain, Saru (Doug Jones), a potential first officer. This ties in to one of the most puzzling decisions made by Saru, which was to promote the Ensign Sylvia Tilly (Mary Wiseman) as acting first officer. This made no sense given there were more competent and experienced crew members available and she lacked the confidence and maturity to realistically carry out her duties. 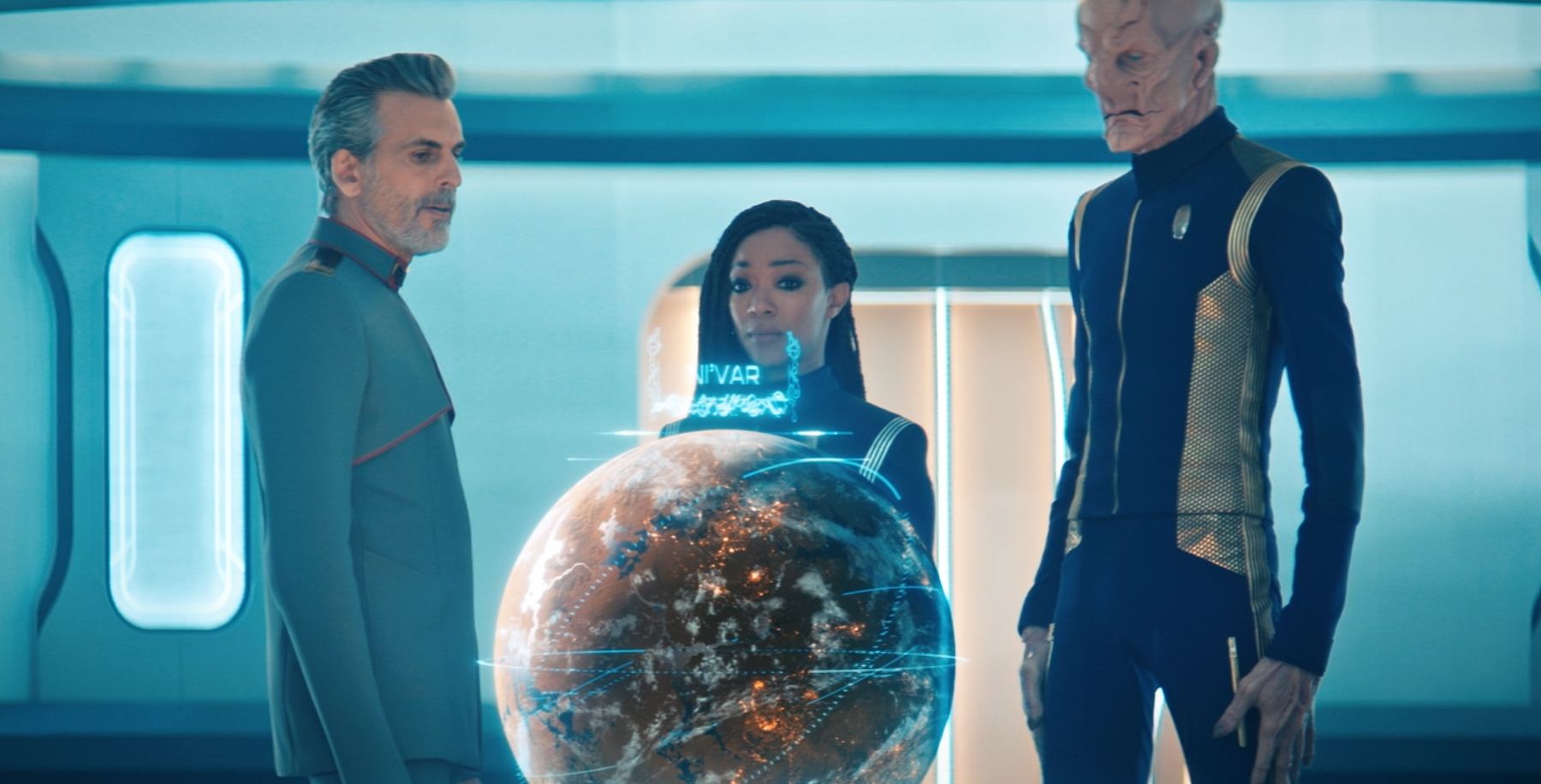 Meanwhile, the circumstances leading to the promotion turned out to be a big step backwards for the lead character. Michael Burnham was the first officer of the Discovery and this was a well-deserved award given that in the first two seasons she had a redemptive arc after she disobeyed orders and created a calamity for the Federation. In this season, she once again disobeys orders which forced Saru to demote her. Didn’t Burnham learn anything? Why would Starfleet want to keep an officer who does not respect the chain of command?

The eventual explanation for The Burn turned out to be head-scratcher and without going too much into it was tied into Su’Kal (Bill Irwin), a shipwrecked and emotionally fragile member of Saru’s species. As to how he caused The Burn did not make much sense even though the character interactions with him and Saru were quite touching, especially towards the end. Still, as heartfelt as those moments were, the situation with Su’Kal could have been quickly alleviated if he was tranquilized early on by the Discovery’s doctor. 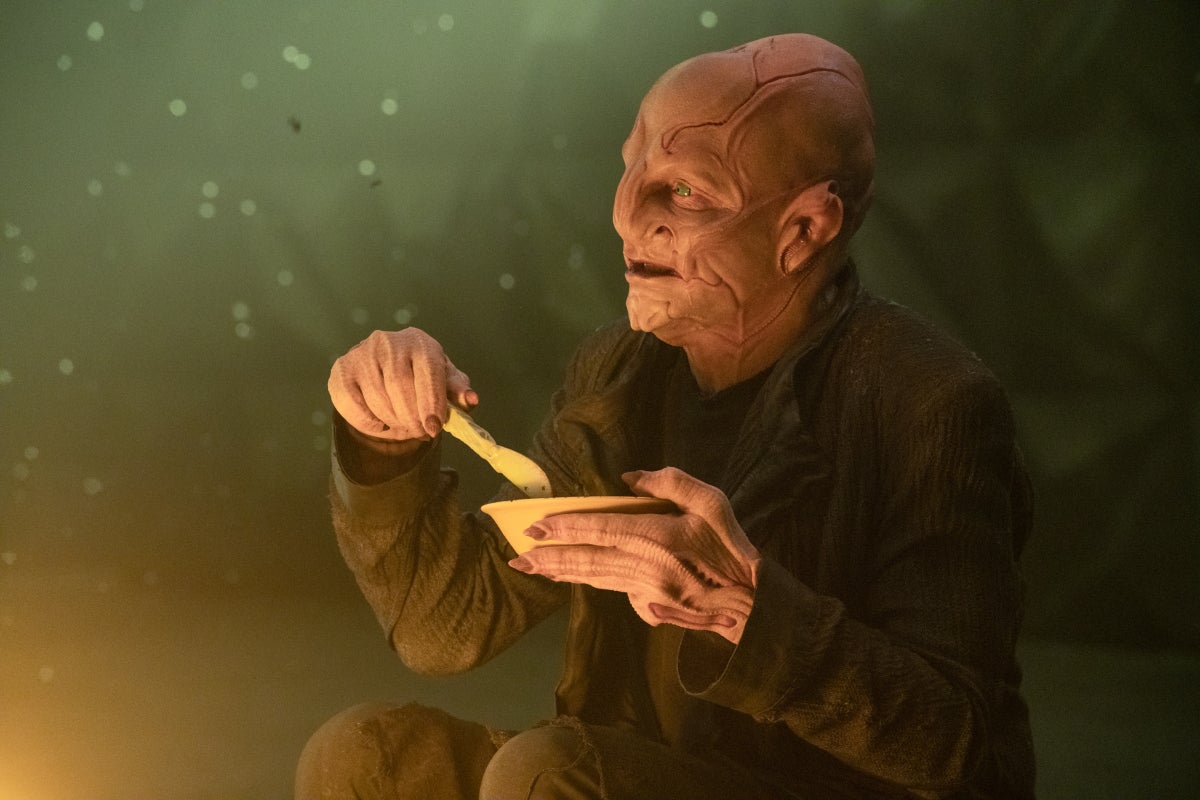 The third season was limited to 13 episodes, so there was only so much time available to focus on The Burn, the Emerald Chain and other aspects of the new reality. Yet, the show wasted two episodes on another Mirror Universe story that only gave the actors the opportunity to chew scenes and a reason to explain how the Mirror Universe version of Georgiou (Michelle Yeuh) was able to leave the 32nd century and to star in her spinoff show. The deus ex machina was a welcome throwback to the classic Star Trek show but it should should have been better used for another situation.

Perhaps too much was introduced in the season which would explain its uneveness. It might have been better if the season took more time to having the Discovery searching for the Federation and setting up its new universe. That is the problem of having only so many episodes per season.

Despite its faults in the third season of Star Trek: Discovery, there is room for growth with the show. The final episode did not decisively conclude the Discovery crew’s plight in the distant future but rather introduced new possibilities. We have to remember it took a few seasons for some of the earlier Star Trek shows to become great. Maybe this will happen with Star Trek: Discovery as it settles in properly with its new premise and fully takes advantage of the new blank slate of the distant Star Trek future.

11 comments on “A Review Of Star Trek: Discovery Season 3”