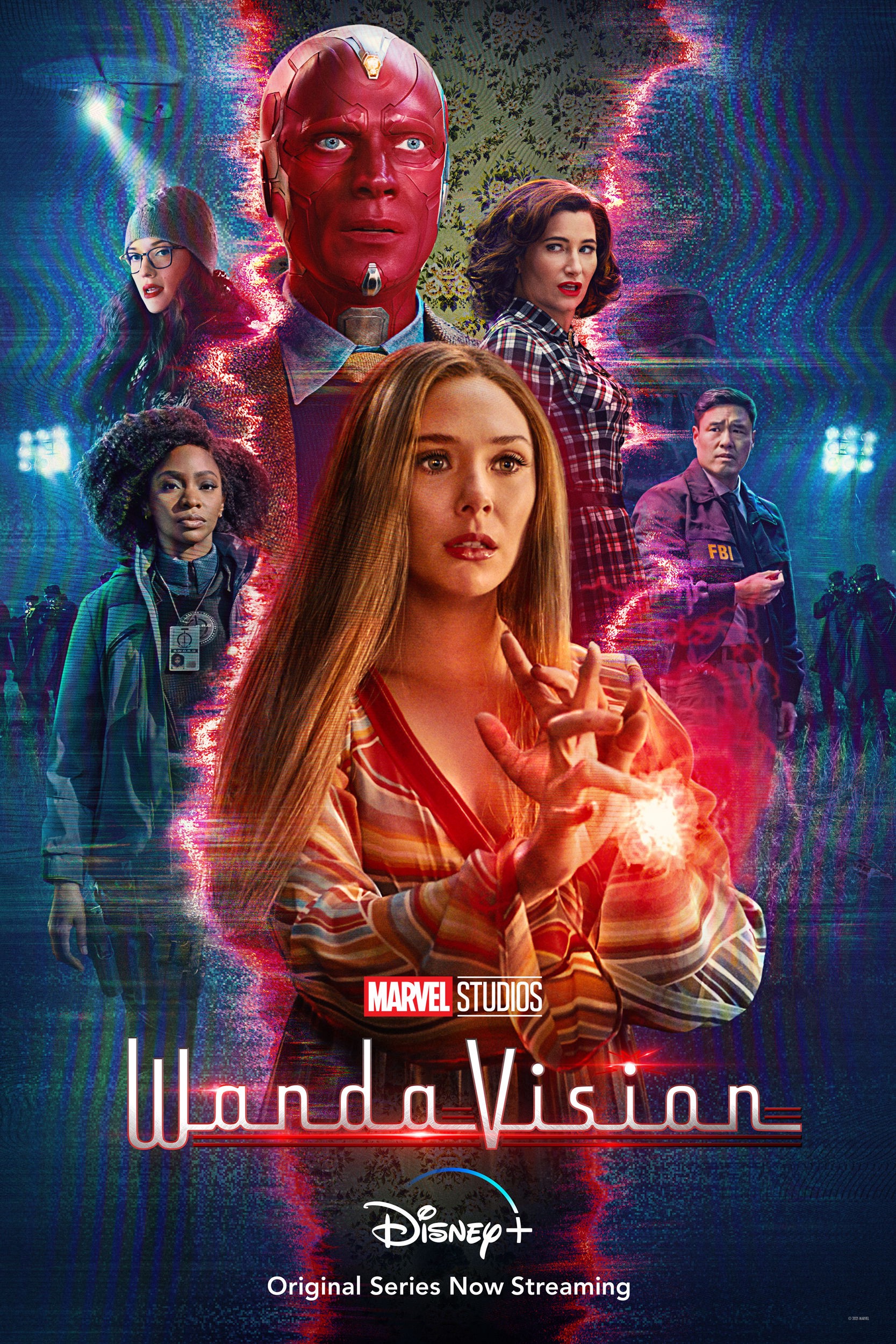 For too long (only about a year and a half but it felt like eternity), fans of the Marvel Cinematic Universe (MCU) were deprived of new content. But that ended when the Disney+ TV show WandaVision premiered last January and the series finale just streamed yesterday. By the time the finale, appropriately titled “The Series Finale”, streamed WandaVision became the latest water cooler show to talk about as many theories (most of which did not pan out) were discussed, and for good reason. Some spoilers will follow.

WandaVision stands out from the normal MCU fare by focusing more on character, plot twists and mystery. It still is an MCU offering but it took full advantage of its new television medium and tantalized viewers with questions and character studies with each episode. It also was quite unconventional as a TV show.

The series was an intriguing hybrid of MCU action and world building and a tribute to American sitcoms. We got to see the evolution of sitcoms from the 1950s to today with various episodes taking on a tone which was appropriate to the era it evoked. Starting with the first two episodes, WandaVision emulated 1950s shows like The Dick Van Dyck Show and I Love Lucy then the 1960s with I Dream of Jeannie and Bewitched with a narrow television ratio, laugh tracks and black and white photography in the first two episodes. The following episodes were in color with changed lighting that evoked the bouncy and colorful TV world of the 1970s like The Brady Bunch; the schmaltzy and corny overlit family comedies in the 1980s as seen with Full House, Growing Pains or Family Ties; the more in-your-face and goofball vibe of Malcolm in the Middle from the 2000s; and contemporary comedies where characters talk to the fourth wall as in The Office and Modern Family. Each era/episode came with an opening title scene that fit perfectly for the era it evoked.

It was a lot of fun to watch these episodes which brought back memories, although the earlier episodes could have actually been funny. This flaw was a turn off for some viewers but others were rewarded when the series expanded beyond the bizarre artificial world created by the superpowered Wanda Maximoff (Elizabeth Olsen, who has never been better at this role) and we learned what was going on.

WandaVision truly began to stand out when we began to get answers and the world opened up. Essentially, the series takes place in the aftermath of Avengers: Endgame as Wanda is struggling through her grief over the loss of her lover, the android called Vision (Paul Bettany) and the events from the last two Avengers films. In her emotional pain, Wanda retreated to a fantasy world that inserted herself and a resurrected Vision in a sitcom world.

This draws the attention of the real world in the form of an agency called S.W.O.R.D., and people who investigate Wanda’s world. These included familiar MCU faces like scientist Darcy Lewis (Kat Dennings) and FBI agent Jimmy Woo (Randall Park) and new faces such as Monica Rambeau (Teyonah Parris) and S.W.O.R.D. director and all-around tool Tyler Heyward (Josh Stamberg). It is remarkable that this show was able to take minor and annoying MCU characters who detracted from their films and made them so endearing. Darcy and Jimmy have to return in one of the other Disney+ MCU shows. Meanwhile, Monica made a brilliant impression as the newest MCU hero, the future Photon/Spectrum and the episode that focused on her return to life during Avengers: Endgame provided a fullfilling look at what the impact the events of the Avengers films had on normal people.

Events quickly elevated and intrigued us when Wanda’s deceased brother Pietro/Quicksilver (Evan Peters reprising his role, sort of, from the Fox X-Men films) turned up out of the blue. Meanwhile, tantalizing clues and Easter eggs engaged us to try to figure out what was going on in the show and its characters, namely Wanda and Vision’s nosy next-door neighbor Agnes (Kathryn Hahn), who showed a wide range of depth from comedy to villainy.

However, the true stars of the show was of course Wanda and Vision. The actors reveled in their roles and ran audiences through the emotional gamut as their scenes ranged from goofball comedy to horrifying heartbreak. But the emotional pulls were genuine and did not feel forced (unlike many of the attempts at humor). Their story was the heart of WandaVision as the series grew darker and darker when she processed her grief.

What was disturbing to realize is that although Wanda is the main character and we connected with her tragic story, it was clear by the end of the show that she was a villain. When it is revealed how she created this fantasy world with her witch-like powers and learn of the real implications of her actions, it is hard to deny that what she did was terrible. Sure, we understand what drove her based on her traumatic past, but she committed evil acts. It will be difficult if not impossible to redeem her, and the rumors of her being the villain in Doctor Strange in the Multiverse of Madness make sense given we know her complete backstory.  But we still root for her and she knows what she did was wrong by the last episode. So does this make her an anti-hero? Is the context that she did what she did out of love excuse her? The show wisely did not try to answer these questions and left it up to us.

WandaVision was a novel return of the MCU that eschewed the expected big superhero fight scenes to focus on story and character. We do get those big fights scenes, which were well done, however our main characters won their battles with brains instead of brawn, and some topnotch effects.

There were issues with the show, as mentioned before, the comedy in the earlier episodes felt flat, not even a laugh track (these episodes were filmed in front of a live audience, by the way) could make the jokes funny. But they featured enough eerie mysteries at certain moments that was reminiscent of The Twilight Zone, which was enough to get us to come back.

Another problem was not the show’s fault but rather the viewer expectations. Anyone who has seen the complete series and the internet speculation knows that many of the many outlandish theories did not pan out. Particularly a certain speculation about a surprise cameo. Spoiler alert: there wasn’t one; the best we got were references to Doctor Strange. Also, the eventual explanation for the casting of Evan Peters turned out to be a sort of meta joke and not a sign that the MCU was blending with the Fox X-Men films.

Regardless, while some may be disappointed that not all questions were answered or their speculation went overboard, it cannot be denied that WandaVision was a welcome return of the MCU that took chances with its narrative and turned out to be unforgettable.

Now, let’s get ready for The Falcon and the Winter Soldier!