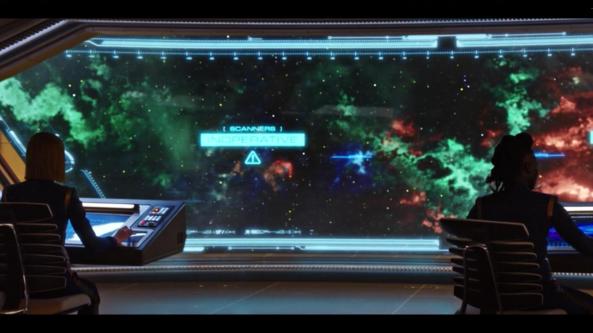 A major complaint about Star Trek: Discovery is that for a prequel set before the original Star Trek it violates so much of what was established in the original series that it should be thought of as a straight up remake. Everyone always brings up the fact the for a prequel the world shown in Star Trek: Discovery is too advanced when compared to Star Trek or that it violates the established canon of this franchise.

There is legitimate cause to feel this way and the coy remarks by the show’s powers that be do not help matters, they promise us that the show is set in the Prime Universe of Star Trek.  But this has not satisfied many who then online negative posts and videos and proclaim the show is not true Star Trek.

Of course, a lot of the criticisms about Star Trek: Discovery are valid, but we should be careful about using the show’s look and canon problems as a reason to dismiss it as something that doesn’t belong with Star Trek.

One thing to consider is that throughout its 50-plus years Star Trek and its films and spinoffs have many continuity problems. For instance, in the early episodes of Star Trek there wasn’t a United Federation of Planets. Instead there was a United Earth Space Probe Agency, then it was never clear as to when it took place. Remember the infamous misspelling of James Kirk’s name in the second pilot “Where No Man Has Gone Before”? The good captain’s middle initial was shown to be R. instead of T.

Then there are the Klingons. In the original show they were basically swarthy humans with actors in brownface portraying them. In the first film and onwards, the aliens were revamped and looked more alien thanks to ridges now showing on their foreheads. This perplexed fans until Star Trek: Enterprise offered an onscreen explanation as to why the Klingons looked so different.

And while people love to complain about Michael Burnham being Spock’s unspoken of foster sister, what about his renegade half-brother Sybok? Until the film where Sybok first appeared (Star Trek V: The Final Frontier), Spock’s best friend Kirk didn’t know Sybok existed. It stands to reason Spock never bothered mentioning Burnham. He is a rather private person.