Sony Pictures and Marvel Studios just announced that young actor Tom Holland will now play Peter Parker/Spider-Man in the next film in the popular superhero series.

Additionally, the studios also chose Jon Watts to direct the new Spider-Man reboot. Watts’ film work includes Cop Car and Clown. Even though Watts has a limited film directing resume, both studios proclaimed their confidence in the director. Marvel Studios honcho Keven Feige said, “As with James Gunn, Joss Whedon, and the Russo brothers, we love finding new and exciting voices to bring these characters to life.  We spent a lot of time with Jon and find his take and work inspiring.”

Tom Holland, however, has a 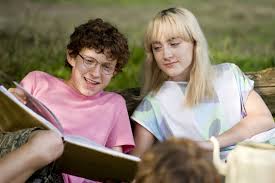 more well-known body of work. He appeared in the genre film How I Live Now and won notice for his work in the disaster film The Impossible and will appear in the upcoming Ron Howard film In the Heart of the Sea.

Former Sony head, Amy Pascal, who will produce the Spider-Man reboot had this to say about young Holland, “Sony, Marvel, Kevin and I all knew that for Peter Parker, we had to find a vibrant, talented young actor capable of embodying one of the most well-known characters in the world.  With Tom, we’ve found the perfect actor to bring Spider-Man’s story into the Marvel Cinematic Universe.”

The hiring of Holland brings to a close an intense search for a new actor to take up the Spider-Man mantle, which seemed like a daunting task. After the disappointing reaction to The Amazing Spider-Man 2 last year, Sony knew it needed to reinvigorate the franchise. The best option for them was to integrate Marvel’s most popular superhero into the super popular and successful Marvel Cinematic Universe. This year’s early announcement that this would happen raised anticipation for the next incarnation of Spider-Man.

Even though the next Spider-Man film won’t come out until July 28, 2017, he will appear in next year’s Captain America: Civil War, which is currently filming. Holland is 19 years old and young enough to believably portray a struggling high school student. By the time more films in the franchise come out Holland will still be relatively young compared to previous actors who played the superhero. What’s more important is that Tom Holland has the acting chops needed to bring the role to life and bring his own unique spin. Now the wait is to see who plays the supporting characters, not to mention how the new costume will look like.