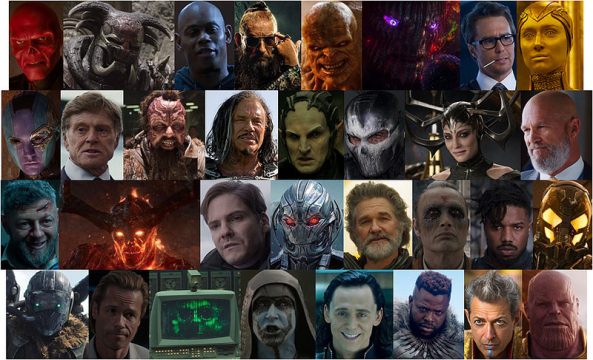 The films of the Marvel Cinematic Universe (MCU) are beloved by many but one complaint lodged against the MCU is over its villains. Critics point out that the main flaw with the MCU films are its lightweight villains. This is a valid criticism since many times the MCU films featured forgettable foes that didn’t resonate with viewers. However, there are some truly outstanding villains in the MCU, and some underrated ones, as well, that have broken this mold lately. Here for your consideration are the best MCU villains. Needless to say spoilers will follow.

Obsessed and prejudiced against superpowered beings, Thaddeus Ross (William Hurt) has proved to be a hindrance to superheroes in the MCU. First as a general in The Incredible Hulk, Ross played a Javert-type by relentlessly chasing Bruce Banner throughout the Americas. His actions led to the creation of the Abomination and fractured his relationship with his daughter, Betty.

Ross next turned up in Captain America: Civil War as an obtuse Secretary of State determined to bring all the superpowered beings of the world under control by imposing the Sokovia Accords. This truncation of freedom and individual rights put him at odds with Steve Rogers and his teammates, which ultimately led to the Avengers breaking up. 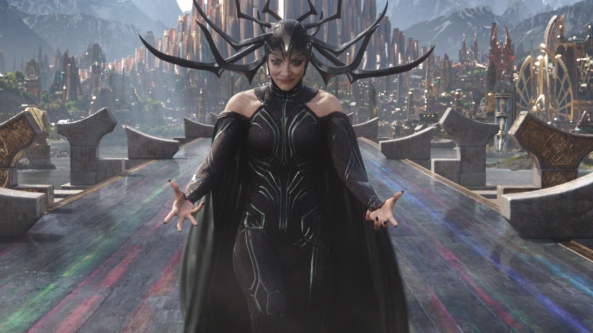 These two are prime examples of villains crazed with world conquest. Hela is the Asgardian Goddess of Death who destroyed Thor’s hammer, conquered Asgard and helped cause its destruction. More than a match for her half brother, Thor, she was portrayed with great gusto by Cate Blanchett.

Born in the fires of World War II, the Red Skull/Johann Schmidt (Hugo Weaving) outgrew the Nazis and formed the Hydra terrorist organization thanks to his severe nihilistic mindset and access to superweapons. While not as layered as other villains on this list, the Red Skull in the first Captain America film was quite memorable and his recent reintroduction into the MCU sparked new interest in him.

Despite the controversy surrounding the third Iron Man film, it can’t be denied that Aldrich Killian (Guy Pierce) was not only the best Iron Man villain to date but one of the MCU’s top foes. Not only was Killian a notorious business competitor to Tony Stark, but he was the mastermind behind A.I.M. and the Mandarin. His machinations to topple the U.S. government and destroy Tony Stark by implementing the Mandarin’s terrorist campaign are nothing short of genius.

However, it was his vendetta against Stark that made Killian somewhat relatable. Years ago, Killian was a nerdy scientist who was dismissed by a pre-Iron Man Stark. This inspired him to achieve Stark’s level of success and fueled his hatred for Stark. This bit of history also illustrated how Stark’s callous past had caught up to him in Iron Man 3 and nearly undid him.

As the U.S. Secretary of Defense (the MCU is a fertile ground for evil politicians, isn’t it?), Alexander Pierce (Robert Redford) developed a S.H.I.E.L.D. project using preemptive strikes that targeted world leaders and important figures like Tony Stark and Stephen Strange.

What is worse is that his actions against Steve Rogers and his supposed friend Nick Fury revealed that Pierce was a Hydra leader who had infiltrated and corrupted S.H.I.E.L.D. to its core. A big factor in his successful infiltration was his charming exterior which hid his cold interior. What made Pierce even more frightening and formidable were his immense resources and clout. He actually had the law on his side, which he used to take out to try to take out Captain America and his allies.

Nowadays it may be difficult to think of Steve Rogers’ BFF as a villain, but that was not the case in Captain America: The Winter Soldier. In the first Captain America film, James “Bucky” Barnes (Sebastain Stan) was Steve’s Depression-era buddy and joined him in World War II before ultimately dying in the line of duty. Or so we thought.

The second Captatin America film resurrected Barnes as a vicious and brainwashed Hydra assassin who was more than a match for Captain America. He even caught Cap’s famed shield in mid-air as it was thrown at him! The level of ruthlessness and deadly skills he displayed was as intimidating for us to watch as it was for the film’s heroes to endure. At the same time we felt for Steve and Bucky because of their past history and the fact that Bucky was forced by Hydra to carry out heinous acts.