One thing not really being talked about in the movie trades and news regarding the movie Argo winning the Oscar for Best Picture is Argo’s sci-fi angle. It’s the first time this has happened with a Best Picture winner.

For the unaware reader, the movie is about the CIA’s efforts during the Iran Hostage Crisis to rescue six Americans hiding in a Canadian embassy in Tehran. A crucial sub-plot in Argo has to do with Ben Affleck’s character of CIA operative Tony Mendez coming up with the off-the-wall idea of entering Iran to rescue the American hostages by posing as a film producer. This scheme involves him supposedly producing a fake “science fantasy adventure” movie called Argo and he wants to film the project in Iran because of its exotic location. Unbelievably this scheme works as Mendez is given permission by Iran to enter the hostile country for location scouting.

Actually Argo the fake movie was based on a never-made sci-fi movie called Lord Of Light (based on a book of the same name). Lord Of Light went far enough into pre-production that legendary comic book artist Jack Kirby was commissioned to draw some concept art for the film project. 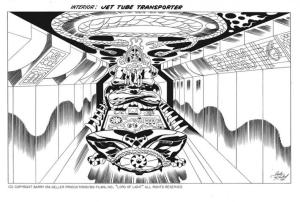 The whole thing with the fictitious movie is just a gimmick while Argo is devoted to the efforts to smuggle out the Americans. The movie cannot be considered sci-fi at all, yet it has a sliver of a sci-fi connection. This is the closest that the disrespected genre (in Hollywood’s eyes) has come to date for being part of a movie that is a Best Picture winner. Not much, but it’s a first step.

Perhaps one day a genuine sci-fi movie will earn that Best Picture honor on Oscar night. 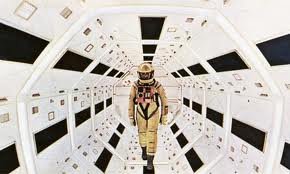 Traditionally, genre films have been snubbed by the Oscars, that is a given. But in recent years, such films have snuck into the list of nominees. A few years back Avatar, Inception, District 9  and the film versions of The Lord Of The Rings received Best Picture nominations. Most know that the fantasy epic The Lord Of The Rings: The Return Of The King actually won for Best Picture in 2003.

While that is all well and good, there are numerous worthwhile sci-fi, fantasy, animated and horror films that were ignored by the Academy of Motion Picture Arts and Sciences at least when it comes to the most valued prize, the Best Picture pick. The following are notable genre classics throughout the decades that should’ve at least received a nomination for Best Picture.

1930s-1940s: Frankenstein (1931) is still revered today as a genuine horror and sci-fi masterpiece with Boris

Karloff’s iconic performance as the Creature. King Kong (1933) was a groundbreaking film that influenced many generations of filmmakers to this day with its unforgettable, dreamlike scenes that transported viewers into a lost world filled with a giant gorilla and dangerous dinosaurs.

Although Walt Disney received a special Oscar for Snow White And The Seven Dwarves (1937), the film failed to be nominated for Best Picture. What was nominated instead of the groundbreaking first full-length animated film? Such well-regarded classics like Test Pilot and Alexander’s Ragtime Band–note the sarcasm. Disney’s followup animated masterpieces Pinocchio (1940) and Bambi (1942) were also ignored by the Academy when it came to announcing the Best Picture nominations.

But the Academy wasn’t too dense, in this time period a few fantasy films received Best Picture nominations starting with Lost Horizon (1937), The Wizard Of Oz (1939) and It’s A Wonderful Life (1946). 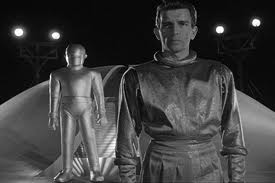 decades were either musicals or dramas. Unlike the previous decades there weren’t any genre films recognized with the exceptions of Walt Disney’s Mary Poppins, Doctor Doolittle (both of which are really musicals) and Stanley Kubrick’s Dr. Strangelove Or: How I Learned To Stop Worrying And Love The Bomb. Horror and animated films were for the virtually absent among the list of Oscar nominees. Sci-fi films in this time period began to grow out their zero-budget, infantile trappings. There was an explosion of sci-fi films in the 1950s, many of them worthy of recognition by the Academy like The Day The Earth Stood Still (1951), War Of The Worlds (1953), Forbidden Planet (1956) and The Incredible Shrinking Man (1957). But the Academy members failed to see the merit of these films, which are still fondly revered.

Kubrick’s next film after Dr. Strangelove is considered by most people as the greatest sci-fi film ever made. Yet 2001: A Space Odyssey (1968) was largely ignored by the Oscars. The other important sci-fi masterpiece that came out in the same year Planet Of The Apes was also snubbed by the Oscars except for a special makeup Oscar. By the way, does anyone know what won that year for Best Picture? Oliver! Another musical snoozefest and films that were nominated included Rachel, Rachel and The Lion In Winter. Are any of these films venerated by film lovers today? Thought not. END_OF_DOCUMENT_TOKEN_TO_BE_REPLACED