Science fiction has been noted for its many subgenres, one of the most popular that of exploring space. And why not? Space as Captain Kirk once famously said, is the final frontier. It represents the unknown and humanity’s quest to push beyond the horizon has captivated us for ages, it’s part of our driving force. Exploring space is dealing with the true unknown which is both frightening and enthralling. These sci-fi films dealing with the space exploration theme are the best ones ever made.

10. Destination Moon: One of legendary filmmaker George Pal’s earliest films attempts to portray a credible scenario of how mankind would land on the moon. Even though the film got many aspects of a moon landing incorrect, it still conveys a sense of danger and adventure.

is wildly scientifically inaccurate, but it’s very entertaining. A deep-space exploration crew comes across a black hole and a presumed-lost starship orbiting it. Onboard that ship they meet an insane scientist who wants to go into the black hole. Amidst all the laser firefights with robots the film touches upon metaphysical concepts with its final scenes.

8. First Men in the Moon: Ray Harryhausen, famous for his fantasy creations, actually produced and did the effects for this adaptation of Jules Verne’s classic tale of British explorers landing on the moon at the turn of the century. Imaginative and thrilling, it is also a rare, early example of the steampunk genre on film.

7. Stargate: Before the long-running TV series and its spinoffs there was the original film that spawned them. Stargate had the novel approach of an expeditionary force using a wormhole-creating machine to travel to another planet in another galaxy. Borrowing elements from Chariots of the Gods? with its ancient astronauts angle, the film was a rousing adventure.

6. 2010: This sequel to 2001: A Space Odyssey suffers solely because of unfair comparisons to the original classic. Director Peter Hyams wisely chose not to copy the style of the original film and instead used 2010 (adapted from Arthur C. Clarke’s book) to explain what happened in the original and move the story further. By going in another direction, 2010 is a grittier, more grounded film that feels scientifically accurate and plausible. This underrated gem is a true sequel.

5. Contact: This Robert Zemeckis film adapts Carl Sagan’s novel about what would happen if we received an extraterrestrial radio signal. The full socio-political ramifications are presented when humanity learns that we are not alone and it leads up to the building of a machine (based on alien-sent instructions) for an unknown purpose. Jodi Foster does some of her best acting as a scientist who uses the machine to ultimately travel through a wormhole and initiate first contact with alien life.

footage film documents the last days of a doomed manned expedition to Jupiter’s moon Europa. Six astronauts embark on a journey to Europa to find signs of life. A series of technical mishaps and hazards impede the mission, but the brave crew refuse to be deterred and carry on even in the face of death. Europa Report is unexpectedly captivating since the archival footage of the astronauts’ transmissions create a feeling of intimacy and immediacy.

3. 2001: A Space Odyssey: Stanley Kubrick’s sci-fi masterpiece not only rewrote how sci-fi films are made but how they are perceived by the general public. From our distant prehistoric past to the then-future, 2001: A Space Odyssey is a genuine tour de force. Astronaut Dave Bowman (Keir Dullea) leads a mission to Jupiter to investigate an alien monolith there. What he ultimately discovers set the standard for mind-blowing and abstract concepts and imagery that still holds up today, though many critics point out the film’s dull pace and cold nature. 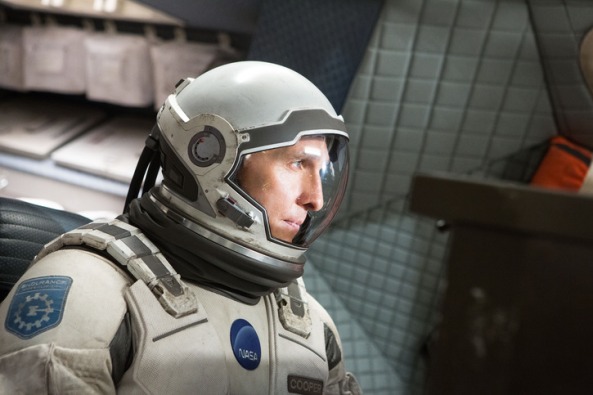 2. Interstellar: In many ways, Interstellar is a spiritual, more emotional cousin to 2001: A Space Odyssey thanks to superb visuals and its adherence to scientific accuracy. Christopher Nolan’s film about a team of astronauts using a wormhole to find a new world for colonization explores cutting edge scientific theories with mind-bending results. However, as fanciful as Interstellar gets with weird physics, the film is sincerely heartfelt as it examines notion that compassion and love are the greatest driving forces in the universe in the face of the harshness of space.

1. Forbidden Planet: A space age retelling of Shakespeare’s The Tempest, Forbidden Planet is one of the best sci-fi films ever made and one can see how it influenced Star Trek. In the 23rd century a starship crew journeys to Altair IV to

investigate an earlier expedition sent to that planet. What they discover is a long-dead alien city and two remaining human survivors from the expedition, Dr. Morbius (Walter Pidgeon) and his daughter Altaira (Anne Francis). The crew’s investigation of the Altair IV and the advanced lost civilization soon becomes threatened by an unleashed evil entity. The core of Forbidden Planet was the exploration of the alien civilization and its surrounding mystery. Adding to its virtue is the film’s callback to pulpy, adventurous sci-fi tales and excellent production values.