We are still in shock and grieving over the death a couple of days ago of actor Chadwick Boseman. Most of us in the geek community best knew of him from his playing the Marvel Comics superhero, Black Panther, in a few films in the Marvel Cinematic Universe (MCU).

Of course, Chadwick Boseman contributed much more to acting besides King T’Challa of the fictional African nation Wakanda. He became prominent in the acting role for his breakout performance as Jackie Robinson in 42 and had distinguished roles such as portraying Thurgood Marshall in Marshall and James Brown in Get On Up. Boseman achieved superstardom when he was cast to play Prince (later King) T’Challa in Captain America: Civil War and in his own film Black Panther in 2018.

The cultural impact Black Panther had was revolutionary thanks to Chadwick’s measured and dignified performance. Even during his debut in Captain America: Civil War, Boseman exhibited a quiet sense of royalty and gravitas as his character was conflicted over the killing of his father. He also projected natural leadership and honor when he starred in Black Panther and later MCU films. As we know, Black Panther was a huge box office hit and reverberated in the cultural zeitgeist in that it was a wildly successful superhero film that featured Black characters in prominent roles. This was remarkable given the hesistancy of the head of Marvel Entertainment (Ike Perlmutter) to greenlight MCU films starring people of color and women, because he believed they would not be successful. That struggle to bring Black Panther and his futuristic kingdom to life was justly vindicated by the mammoth success of Black Panther. 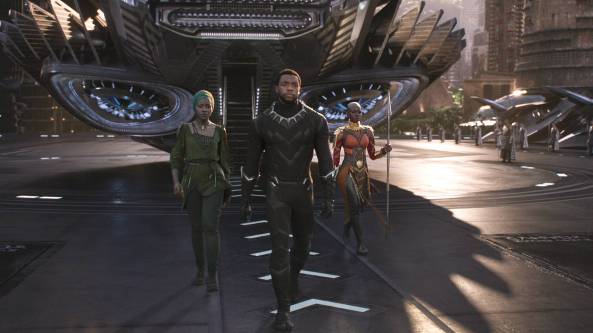 Boseman appeared again as T’Challa later in the year in the MCU epic film Avengers: Infinity War and last year in Avengers: Endgame. A sequel to Black Panther was announced last year but its production status was unknown because of the coronavirus pandemic. Still, the film was expected to be released in 2022; in the meantime, Boseman provided voice work for the same character in the upcoming animated series What If…where his episode would examine what if he became Star-Lord instead of Black Panther. At this point, it is unknown if a sequel to Black Panther will ever happen. It probably will with either T’Challa recast or with another character assuming the role of the Black Panther. The Marvel comics and the MCU films established that other people assumed the mantle of Black Panther.

The sudden news of Chadwick Boseman passing away hit many of us hard because of his young age (43) and the fact that he passed away after battling colon cancer for four years. Boseman looked healthy and fit in his appearances, which is why his death was so shocking. His burden as he portrayed the mighty T’Challa in Black Panther and other MCU films was truly remarkable in that he was able to continue his role while he underwent treatment while none of us were aware of his battle.

As we mourn his death and ponder what might have been, it is important to commemorate the man for his contributions and honor his memory. Another may take over the mantle of the protector of Wakanda but Chadwick Boseman will never be forgotten. 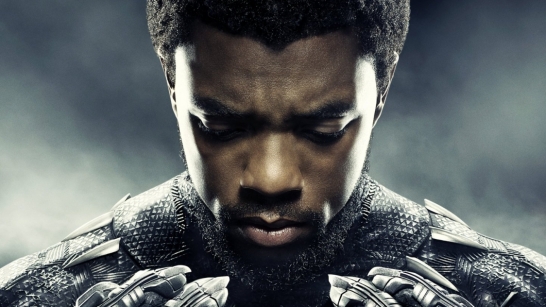 By now all the hardcore Marvel Cinematic Universe (MCU) fans have seen the phenomenal hit Black Panther. Anyone who has not seen it yet should note there will be slight spoilers here. With that stated, one outstanding highlight of that film has been the depiction of Black Panther/T’Challa’s home country Wakanda, an African-centric, futuristic marvel. Seeing the advanced technological society was quite inspiring and offered an optimistic vision of where we might be headed. However, the fictional African nation faces significant problems when dealing with the outside world.

Wakanda became the most technologically advanced country because of its rich vibranium deposits. The technology shown in Black Panther places the country a few decades ahead of contemporary countries. The citizens enjoy advanced mag-levs, nanite-laden clothing and hardware, plus energy-based weapons. The isolationist nation could have conquered the entire world and this is the main point of the film’s villain Killmonger, who wants to use Wakandan technology as a form of retribution for the West’s subjugation of oppressed blacks worldwide. During the course of the film, Black Panther decides to  open up Wakanda to the outside world and share his country’s gifts with everyone.

That is a noble thought. If things go as planned Wakanda will be able to bring up the rest of the world to its level. But by opening up Wakanda, T’Challa opened up a can of worms. How will the world react to the idea that a super-advanced civilization existed right under everyone’s noses? Of course, there would be elation but it is likely that humanity could react with suspicion and envy. Many would question why Wakanda remained isolated for so long since they could have prevented or intervened in many worldwide catastrophes like major wars, famines, pandemics and so on. The revelation would spark a new arms race that would be comparable to nations trying to develop their own nuclear weapons. Some nations may even try to invade Wakanda. It does not matter if the African nation is so advanced. One disadvantage it has is its size compared to the outside world. The best defense going forth would be alliances with many nations. Also, consider that the world of the MCU is already more advanced than ours and can compete with Wakanda. Just look at Tony Stark with his continual advancements of his Iron Man armor, which also sparked an arms race as seen in Iron Man 2. Then there are the many remains of alien tech left over from the Chitauri invasion during The Avengers, which is something that Spider-Man: Homecoming and Agents of S.H.I.E.L.D. explored.

From a storytelling perspective Wakanda and its breathtaking society may wind up becoming de-powered in the future. The reason is that the technology shown in Black Panther is nearly on par with that seen in futuristic films like Star Wars and Star Trek. If the entire world in the MCU were to advance to Wakanda’s level it would become less relatable to viewers. Part of the appeal of the MCU films and other superhero stories is that they tend to take place in modern society. There are many ways around this dilemma, but the ramifications of Black Panther’s decision are terrific story material worth exploring in future Black Panther tales.