OK DC, Marvel has thrown down the gauntlet. Look at the result: The Avengers film looks to be one of this summer’s biggest blockbusters-maybe the biggest one. The buzz and hysteria surrounding this film is phenomenal. Toys based on the film are selling well and other merchandise is getting hard to find. Marvel Studios took a gamble and were patient. They carefully nurtured the film properties, which increased awareness for their characters. For The Avengers, Marvel Studios managed to corral

the actors originating the super hero roles (with the exception of Edward Norton who didn’t reprise Bruce Banner/The Hulk) and bagged a director (Joss Whedon) who is an unabashed fan. Well it paid off in a super way-an opening weekend draw of over $200 million isn’t anything to sneeze at. So now the question remains: when will DC and Warner Brothers get their act together and put out a Justice League film? We’re not talking about some animated or motion capture film but an actual live-action film featuring Batman, Superman, Green Lantern, Wonder Woman, The Flash and DC Comics’ other great heroes.

Honestly how difficult is it to pull off? Marvel managed to do it, and DC’s characters has had more film and TV exposure so it would be easy to generate enthusiasm for such a film. And Marvel’s efforts are quite considerable if one takes into account how their properties have been scattered among many Hollywood studios. Warner Bros. has owned DC for some time so the logistics of gathering all their characters into one film should not be difficult. Of course, the ideal would be to bring aboard the most recent actors who’ve played the super heroes like Christian Bale or Ryan Reynolds, but it’s not really necessary as seen with Mark Ruffalo taking over the Bruce Banner/Hulk role in The Avengers and Superman and Batman have been recast throughout the years.

It isn’t as if The Avengers sprung up out of nowhere. The first inkling about a film starring Marvel Comics’ heroes came about at the end of the first Iron Man film in 2008 and later that year with The Incredible Hulk. In those films and others since then put out by Marvel Studios there have been many Easter eggs for fans that showed a shared universe. 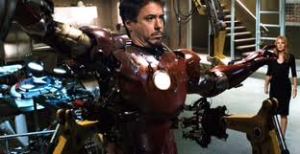 Captain America’s shield was in the background during a scene from Iron Man, the spy organization S.H.I.E.L.D. turned up, Hawkeye and Black Widow made cameos (Hawkeye in Thor and Black Widow in Iron Man 2) and even the Infinity Gauntlet was shown briefly in Thor. The point of all this was that for four years, Warner Bros./DC and everyone in the world knew Marvel Studios was building up to an Avengers film. Yet DC and Warner Bros. didn’t do anything to match that concept. Their releases didn’t give any indication of a shared universe (the last time this idea was explored were vague railroad PA announcements for a train headed to Gotham City in Superman Returns). It was so simple and would’ve excited fans. 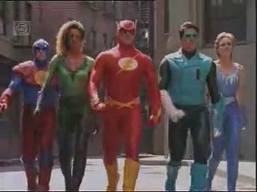 That’s not to say that they haven’t tried to bring the Justice League to life. Putting aside the incredibly awful 1990s TV show pilot and a simplified version of the team appearing informally in Smallville, Warner Bros. was close to producing a Justice League film in 2008. A script was commissioned, George Miller was hired to direct it and he was casting roles, in other words, Justice League was in actual preproduction. But the Writers Guild strike of that year gave Warner Bros. a chance to pause and ultimately kill the project.

Reportedly, the studio wanted to emulate Marvel’s pattern of releasing solo super hero films that would culminate in a Justice League movie. But as of this writing, there is very little evidence that they are working toward such a film.

One worrying factor about building up to a Justice League film is the recent track record of DC movies. Aside from the recent Batman films, Superman Returns, Green Lantern, Constantine, Jonah Hex and Watchmen have been box office disappointments. The Dark Knight Rises is a guaranteed hit but this can’t be stated for next year’s Man Of Steel. Superman has proven to be a difficult character to translate to the big screen unless the right director is chosen and The Man Of Steel’s director, Zack Snyder has had a spotty record at the box office. So if the new Superman film doesn’t deliver it could mean another long drought before Superman returns to the silver screen and could delay a Justice League film.

Christopher Nolan, the director behind the successful Batman reboot, was rumored to be in line for directing a Justice League movie but there isn’t anything concrete stated about that notion. What is troubling for some fans is that Christopher Nolan as said in interviews that he wishes to keep the worlds of the individual heroes separate from each other. So, as with The Dark Knight, there probably won’t be any acknowledgement of Metropolis or Central City in The Dark Knight Rises. Ditto for Man Of Steel, which he is producing.

This mentality is shared by DC Entertainment as well. Diane Nelson, DC Entertainment President, said to IGN back in 2010, “We do have a very different attitude about how you build a content slate. And it isn’t necessarily about connecting those properties together to build a single thing. We think we’ve got great stories and characters that will lend themselves to great standalone experiences.”

Perhaps after looking at how much money The Avengers is making and the film’s popularity, DC and Warner Bros. may change their mind.