Logan is the swan song for Hugh Jackman in his seventeen-year film portrayal of the iconic Wolverine superhero. The film is resonating with filmgoers and critics and especially fans of the X-Men films and comics. For 20th Century Fox’s X-Men Cinematic Universe (XCU), Logan’s success combined with last year’s Deadpool points to a bold and fresh direction for the cinematic universe.

Ever since its debut in 2000 with X-Men, the X-Men film franchise has seen its share of ups and downs. Creative and commercial highs like X-Men: Days of Future Past or X-Men: First Class were quickly followed or preceded with disappointments such as X-Men: The Last Stand or X-Men Origins: Wolverine. On the whole the XCU films are exciting and colorful but it seemed as if these superhero films had hit a creative wall as seen with X-Men: Apocalypse. By itself the film was fine, but it had a nagging feeling of déjà vu. We’ve seen these theatrics before; a big, bad mutant comes along and threatens the world while the superheroic mutants complain about how they’re ill treated by humanity, yet go out of their way to save it because, well, they’re the X-Men!

Along Came A Merc

As we all know that template changed with Deadpool. Funny, gross, self mocking and full of vigor and pizzazz, the film proved that something new can be created from the standard X-Men superhero formula with the Merc with the Mouth. Deadpool was a gamble for 20th Century Fox who resisted the idea of greenlighting the film in the first place. Executives worried about funding a superhero film that was vulgar, violent and comedic. After all, an R-rated superhero film is considered blasphemy to studio execs and marketing departments. They feared that the under-18 crowd wouldn’t be able to see, rather spend money to see the film. But to not allow that in a Deadpool film would betray the character.

Of course, Deadpool surprised the industry and delighted giddy fans who wanted an accurate film portrayal of this beloved character that stayed true to his violent, fourth-wall-breaking roots.

Deadpool’s success helped give Fox execs the confidence to allow Logan’s creators to take a creative gamble. This resulted in the film being an adult, hard-hitting, violent film that truly reflected the dark comic book story that inspired it, “Old Man Logan”.

However, Logan’s creative success is not just due to its grim and violent tone. Rather this mature film is more than that, it is about facing mortality and Logan feels so poignant because of the nature of the title character. Logan aka Wolverine, played so skillfully by Hugh Jackman, is a broken, old man who realizes that the world has moved past him. Having long given up the good fight, Logan simply wants to be left alone and face his last days in peace with his mentor Charles Xavier.

Like Logan, Xavier is grappling with the challenges of old age and both men know they are reaching their twilight. Having seen these two characters on film for nearly two decades, it is rather heartbreaking to see the indignities they face as we are reminded of our own mortality. Meanwhile, we have to admit that after seeing Jackman playing this iconic hero for 17 years, it is hard to see him go, but we must, which is why the film’s ending hits so hard.

At the same time, Logan is looks at the issue of how an adult deals with a degenerating parent. It is a part of life that most will face and by taking care of an ailing Xavier, a man who is not his father makes Logan more heroic than he realizes. Further adding to his growth is the realization of how he has bonded with Laura, aka X-23, the young mutant he and Xavier are protecting. By the film’s end, he has come to not just feel responsible for her but to accept her as his child, which is a bittersweet conclusion to his emotional growth that Xavier urged him to explore earlier in the film. 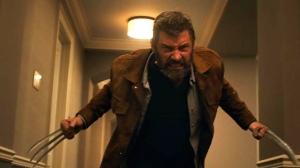 Discovering these themes in a superhero film is actually surprising and gives Logan much more gravitas than the standard superhero film. In many ways, it seems more like a western thanks to its themes of the harsh consequences of violence and beautiful outdoor cinematography. That is why many are proclaiming it to be a film that has outgrown its genre and is now compared to The Dark Knight or Captain America: The Winter Soldier. It is needless to add that this modern classic is already considered by many to be the greatest X-Men film to date.

So now that Logan has reinforced the idea that an XCU film can be unexpectedly original, where does Fox go from there?

Standing Out In A Crowded Superhero Field

The film studio can try to play it safe and stay on the easy route of doing standard superhero team films that are guaranteed to open huge during opening weekends. That does not mean the films will be well received and have box office legs. It has been shown lately that playing it safe is not a viable option for the X-Men films because there are so many superhero films out there and shared cinematic universes that it’s hard to be different by sticking to the standard formula.

In order to stand out, Fox had to take chances as seen with Deadpool, Logan and even the recent TV show Legion. That series is wowing many critics and fans for its bizarre, nightmarish imagery which supports the fact that Legion is actually a psychological drama that questions the main character’s sanity. Even though Legion is based on a character from the X-Men comic books it is not a superhero TV show. The creative and commercial success of Fox’s recent mutant offerings should be celebrated because it proves that the comic book source material transcends genres and is malleable to any kind of storytelling.

Fox has many options with its X-Men franchise. The obvious ones are follow-ups to Deadpool and the X-Men films. Putting aside talk about films of the New Mutants and X-Force, if Fox does order a new X-Men film would it follow the same plots from the past X-Men films with Jennifer Lawrence as Mystique and Sophie Turner as Jean Grey? The latter actress revealed recently that she is going to reprise her role in a film to start shooting this summer. Of course, she may be mistaken but if Turner does return to the X-Men film it is a safe bet that it will be the famous “Dark Phoenix” saga.

The concern there is that the last time this storyline was done was for the inferior X-Men: The Last Stand. The dissatisfaction from fans after seeing that film proved that a topnotch director and production team are needed for the comic books’ epic storylines. By the way, rumors that writer and producer Simon Kinberg wants to make his directorial debut for a Dark Phoenix film does not inspire the same confidence and excitement as when Bryan Singer returned to the X-Men films with X-Men: Days of Future Past. So a director with proven credentials is a must for a major XCU film.

Fox can, of course, just ignore this story that was developing in X-Men: Apocalypse and either reboot the X-Men films or do a different story. For instance a film featuring the alien Brood can be done, which would introduce the Starjammers and provide Fox’s answer to the Guardians of the Galaxy.

But the elephant in the room with the X-Men films is what about Wolverine? *SPOILER ALERT* The reluctant hero died at the end of Logan and the idea of resurrecting him so quickly leaves a bad taste. Hugh Jackman made it clear that he has retired his claws and is not coming back for any cameos or appearances. Being that Logan takes place in a future timeline this means that Wolverine can be used in a film set in the past, present or alternate future, but Fox faces the unenviable task of re-casting Wolverine.

Already many fan sites and YouTube channels are making their preferences known. Some of the fantasy picks are inspired like Tom Hardy (Jackman’s choice to replace him) or Kit Harrington, while others are head scratchers like Daniel Radcliffe or Shia LaBeouf. The best option is to let the tortured mutant rest for now along the Canadian border (and no, the blood from X-24 will not resurrect Logan as some fans are theorizing). Give it some time, as Deadpool has proven, the X-Men comic books are a treasure trove of great characters that need their moment to shine. When the time is right, the best actor will be found and will probably be a relatively unknown one. Or Logan’s future storyline can be continued in new films and have the young actress Dafne Keen, who played Laura, pick up the mantle of the Wolverine as she grows up.

So, can Deadpool be the torch bearer for the XCU? Truthfully, he already has that role. Look around and see all the Deadpool merchandising and appearances. The foul-mouthed mercenary has struck a chord, but a word of caution has to be uttered that Fox not ruin what they have.

Another character can emerge as the headline mutant superhero

until Wolverine is recast. Before Deadpool, Mystique was the breakout character in the recent X-Men prequels though much of that had to do with Jennifer Lawrence’s star power. It must be noted that this was a happy accident of sorts, because when she was first cast, Lawrence wasn’t as popular as she is now.

Fox has toyed with making a Gambit film starring Channing Tatum, but that project is in development hell. One problem is that it is obvious that Fox wants to create the next Wolverine and that is an impossible feat. A lot of that has to do with casting and how the character is written and presented. What the film studio should do is continue pushing the envelope and experiment with different kinds of stories and characters. The next breakout superhero will emerge organically and be welcomed by fans.

Some will lament forever the fact that Fox, not Disney, owns the film rights to the X-Men films. This fact probably means that the beloved mutants won’t ever appear in a Marvel Cinematic Universe film…at least, for now (deals can be worked out in the future). However, despite some missteps the XCU is in good hands and its potential has only just been tapped.

4 comments on “Logan & The Future Of The X-Men”