Spider-Man fans have been in on an emotional rollercoaster in recent days with the increasing hype over the new film Spider-Man: Homecoming and with Sony Pictures’ plans for the Marvel Comics character with their own series of spinoff films. The reaction to the new film’s second trailer has been extremely positive, surpassing that of the initial trailer released last year. On the other side of the coin, the reception to Sony’s plan has been decidedly mixed. But the worst reaction has been to the speculation that Spider-Man will no longer be in the popular Marvel Cinematic Universe (MCU) following a sequel to Spider-Man: Homecoming. What started the ruckus was a recent interview of Amy Pascal in Comic Book News. As the former head of Sony Pictures and now a producer of the Spider-Man films. She stated the following:

“One of the things that I think is so amazing about this experience is that you don’t have studios deciding to work together to make a film very often. In fact, it may never happen again–after we do the sequel.”

This has given many fans reasons to panic, especially given the 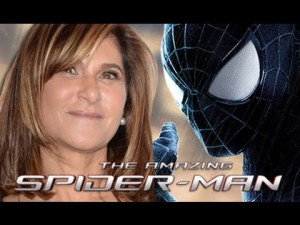 recent announcements of Sony continuing to develop Spider-Man spinoff films about Venom and the Black Cat. The reason is due to the film studio’s mishandling of the beloved character. We all remember that The Amazing Spider-Man 2 was a creative disaster, micromanaged to death by Sony who only wanted to use the film to launch other films; none of which have come to fruition. Then there was the public flailing by the studio after The Amazing Spider-Man 2 didn’t perform as well as they hoped. The non-stop announcements of films starring the Sinister Six and even Aunt May (!) made fans cringe. These embarrassing PR releases were only rivaled by Warner Bros/DC’s constant notices about upcoming DC films and who has been cast years before a film has even entered pre-production. Everything came to a head with the hack of Sony in 2014/15, which revealed in emails that the studio wasn’t sure what to do with their superhero franchise. They learned, as other film studios have, that it is not easy to replicate the success of the MCU.

Sensing correctly the disinterest in their spinoffs, the bad feelings from The Amazing Spider-Man 2, overall poor box office from all their films, and the embarrassing emails, Sony decided to cut a deal with Disney/Marvel Studios. The result was a revamped Spider-Man, now played by an actual teenager, and the breakout star of last year’s Captain America: Civil War. Most fans and critics loved the authentic portrayal of the eager and earnest young superhero. Now that he is officially part of the MCU, Spidey could interact with Marvel Comics’ other great superheroes. All seemed well, Spider-Man made a smashing re-introduction, his next solo film was firmly in the MCU, and the trailers were well received, so nothing could go wrong.

Sony probably felt that same way when they announced that a Venom film was not only being developed but that it is coming out in October 2018. Before this revelation, Sony scheduled an animated Spider-Man film to feature Miles Morales, and the news was well received since after all it’s just a cartoon. The Venom news, however, was a mixed bag. Those who have clamored for a hard-edged Venom solo film were excited, while others feared another mismanaged superhero film that would dilute Spider-Man. The slipshod way the character was handled in Spider-Man 3 was all the proof the fans needed that Sony would screw up again. Adding to this trepidation was the news that Venom would not be in the MCU and whether or not Spider-Man would even appear. 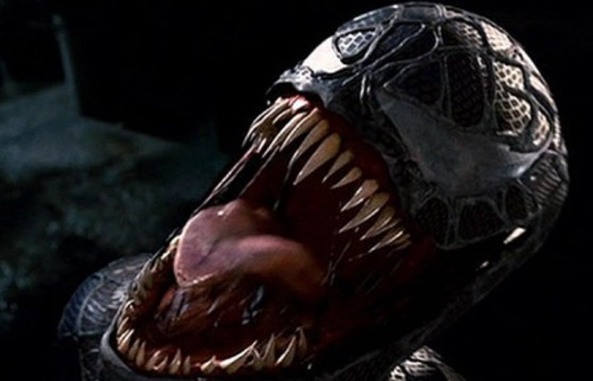 Perhaps Sony was emboldened by the success of Deadpool and Logan, two films that are not necessarily part of their shared universes and were hits despite being R-rated. They obviously feel they can learn from their mistakes and duplicate this formula. Maybe they can and maybe they will be successful with their announced Black Cat/Silver Sable film. The key has to do with who is hired to make the film.

But what infuriated fans was the clarification that Spider-Man is only supposed to appear in a set amount of MCU films with his ultimate fate unclear. Most do not want him leaving the MCU and being mismanaged again by Sony. Right now, the deal is for Spidey to appear in five MCU films, which include Captain America: Civil War and Spider-Man: Homecoming. That leaves appearances in Avengers: Infinity War (confirmed with BTS videos), a second MCU Spider-Man solo film and possibly the fourth Avengers film. That means that by 2020 our favorite web-slinger will be on his own when facing the Sinister Six. Time to hit the panic button and flood Sony’s inbox with hate mail!

OK, relax everyone. First of all, in reading Pascal’s interview it is clear that she was speaking off the top of her head and that the statement “it may never happen again” was probably meant in a general tense. Of course, this is also a clumsy negotiating tactic that was revealed way too soon and would have been more appropriate later on. At least, wait to see how Spider-Man: Homecoming is received when it’s released!

There isn’t even a guarantee that Spider-Man: Homecoming will even be a hit. After all, this will be the sixth Spider-Man film and it is hard to get excited for a Spidey film after a decade and a half of his films. Then again the latest trailer looks terrific and makes the character seem fresh again. 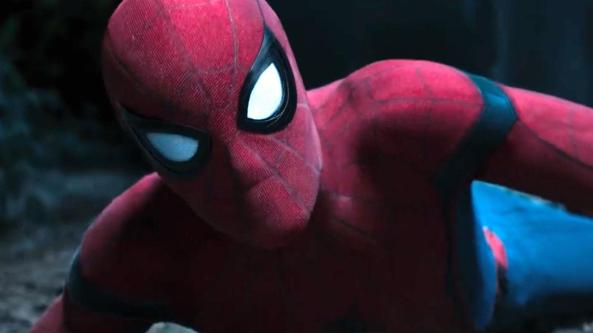 If the films are successful it would be insane for Sony to just take Spidey and go home. The same goes for Marvel Studios; they won’t just let their flagship character go off without some hardcore negotiations. But clearly, Sony would receive the brunt of ire. The amount of ill will towards the film studio will be insurmountable and let’s face it; the MCU will be fine with or without Spider-Man. The MCU proved this with films before Captain America: Civil War and Spidey’s disappearance in future MCU films can be easily ignored. The same can’t necessarily be said for Spider-Man and his own shared universe.

Actor Tom Holland, the current Spider-Man, is contracted to appear in six films. The last film will probably be a third solo film, whether or not it is set in the MCU is the big question. But it is doubtful he will appear in next year’s Venom film. So can that film work without Spider-Man? Depends on how it is written. It can feature a cameo by Spidey in costume and he does not have to look like the way he does in the MCU. Actually, in The Amazing Spider-Man 2, his look was perfected since it was the most authentic compared to the comic books. Sony could keep using that version of Spider-Man in that shared universe. On that note, they can also try to bring back Andrew Garfield to play the web-slinger, not just in a Venom film but for other spinoffs. His Spider-Man portrayal was one of the few good things in the rebooted films and will entice fans of that version of Spidey to try the films.

While we are it, why not bring back Tobey Maguire, along with Garfield, throw in Holland and make a live-action adaptation of the “Spider-Verse” storyline? For those that don’t know, that epic story had different versions of Spider-Man from different realities teaming up to fight a common foe. At the very least, this would be a way for Sony to bring back Emma Stone, who can now play Spider-Gwen. Sure, the story was nutty and its sci-fi, dimension-hopping nature is completely unlike a typical Spider-Man story but it would be a blast to see all the actors who played Spider-Man appear together. Plus, we can get other popular incarnations of Spidey like Spider-Man 2099, the Miles Morales Spider-Man and even Spider-Ham!

Think about it, these spinoffs allow these characters to have a spotlight. Honestly, the MCU is kind of crowded now and it is difficult to believe that room would be given to a character like the Prowler except as a one-off cameo or something similar. Who knows, maybe Sony will learn its lesson and hire topnotch writers and directors and allow the filmmakers to do their work. That is vitally important and is why the first two Spider-Man films by director Sam Raimi turned out great. Raimi was allowed to bring his vision to life without interference and when Sony did butt in as they did in Spider-Man 3 and the aborted Spider-Man 4 then what was left was a mess that only pleased marketing and accounting executives.

The Venom film is going to be an important test for Sony. It is worrisome that they have such a short amount of time to meet that release date and that the creative team assembled so far does not inspire much confidence. If the experiment fails expect Sony to re-sign with Marvel Studios after the deal expires without any hassles. If the spinoffs succeed, well, the two studios will probably continue their partnership but if not, at least Spider-Man was part of the MCU for a while. That is something that cannot be said for the X-Men or Fantastic Four, to date. In any event, even if the two studios part ways in the near future, this doesn’t mean that Spider-Man will be gone from the MCU forever. Remember that Sony is in financial trouble and there are rumors that the company may sell off their film division, giving Disney an opportunity to buy back Spider-Man outright. Even if that does not occur, perhaps a new deal can be hammered out later in the future. This tangled web of negotiations is just part of Spider-Man’s film history and will be for some time.