San Diego is host once again to Comic-Con and after a slow couple of days, interest exploded into unbridled passion today with the reveal of several high profile trailers and announcements. By no means does this mean that the news coming out of Comic-Con before today wasn’t anything to laugh off, it’s just everyone was waiting for the big guns today. 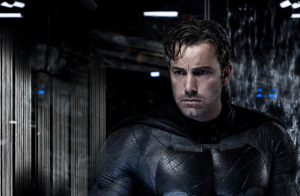 Before today’s revelations, the biggest news coming out of the comic book/genre convention could have been considered negative. First, was the rumor that Ben Affleck was stepping away from the role of Batman in the DCEU. That was disturbing to the fledgling cinematic universe since his character was supposed to be the lynchpin tying the DCEU films together. It was kind of ironic because when he was first announced as Batman/Bruce Wayne in Batman v Superman: Dawn of Justice, his casting was widely derided among fans but since the release of that film, many have come around to embrace his portrayal as an older and embittered Batman. In fact, many have claimed that Affleck has been the best actor to play the legendary superhero to date. Today, the actor dispelled the gossip and stated his intention of remaining in the role. Whether that holds up as filming starts with The Batman remains to be seen, but hopefully it will be true.

Next was the unveiling of the second trailer for Marvel’s upcoming TV show Inhumans. Overall, it was a better looking trailer compared to the first bland teaser, but what ruined it was the cheap looking CG used to animate Medusa’s hair, something that everyone was waiting

for and it was a disappointment. With the IMAX pilot coming in less than two months it is hard to see how the effects will improve significantly. The other disheartening news was that 20th Century Fox is apparently not letting go of the Fantastic Four film rights with the announcement that a Doctor Doom film is in development. If this were to happen, the rights will stay with the studio instead of going back to Marvel Entertainment since Marvel’s premier supervillain is so closely associated with the Fantastic Four. The fact that the film is being developed by the showrunner of Legion is a bittersweet salve for fans hoping and desperately wishing that Marvel Studios would get back the rights to the superhero team given Fox’s abysmal record with their versions of the Fantastic Four.

Today, the big guns were brought to bear as trailers after trailers were released to hungry fans attending the crowded convention or scouring the Internet. In many ways, Warner Bros. and DC Studios won the day with the universal acclaim received for the third trailer for this year’s Justice League. Building on the success of this summer’s Wonder Woman, the new trailer opens with the Amazonian princess doing her thing then quickly cuts to showcase the other members of the team and a tantalizing tease of the film’s villain Steppenwolf. The Flash stole the trailer with his awkward and funny demeanor that called to mind Spider-Man. Sadly, although he was teased, there still isn’t any sign of Superman. Come on DC throw us a bone!

Speaking of Superman’s absence, DC Studios announced their updated slate of films and a sequel to Man of Steel was not on the roster, which is disappointing. However, some of the announcements made up for it with Green Lantern Corps, Justice League Dark, Batgirl, Wonder Woman 2, Shazam, Aquaman (this one is no-brainer given that it’s currently filming and footage was shown tonight), Suicide Squad 2, The Batman and The Flash: Flashpoint. The last film sounds very exciting since it can be the method used to reboot the DCEU if needed, and on the other hand could explain the recasting of Batman if that were to happen.

Marvel Studios, like DC Studios, had a huge presentation with stunning announcements and teases of their upcoming films. We got a glimpse of concept art for Captain Marvel and sweetening that presentation was the news that Captain Marvel will be set in the ’90s and have her fighting the Skrulls, one of the core enemies of the Fantastic Four. We also learned that Lawrence Fishburne and Michelle Pfeiffer are joining the cast of Ant-Man and the Wasp as Bill Foster/Black Goliath and Janet Van Dyne, the original Wasp.

The highlights for Marvel Studios’ presentation were the trailers for Thor: Ragnarok, Black Panther, and Avengers: Infinity War. While the visually stunning and trippy Thor: Ragnarok trailer was released online, the ones for the latter two films so far are absent. This has been super frustrating for fans online since we have all been teased for a week about how jaw-dropping the footage is in Avengers: Infinity War. It was first shown in the ultra-exclusive D23 expo last week and everyone was hoping to see it this weekend. For some reason, probably for marketing, Marvel has refused to drop the trailer and most of us have to contend with leaked grainy footage. Our best hope is that enough leaks forces Marvel to release the trailer like DC did with Suicide Squad two years ago. But seriously, Marvel stop the tease, you could have topped DC tonight but you let that victory slip from your fingers!

Other trailer highlights include these nuggets:

Stranger Things 2! With our favorite ’80s geeks cosplaying the Ghostbusters as they come upon another sci-fi mystery!

Defenders, which has a kick ass trailer featuring a grounded and gritty version of the Avengers and Justice League!

But the most exciting trailer for the day was the first teaser for Steven Spielberg’s next sci-fi epic, Ready Player One. This trailer about a futuristic video game player is so loaded with genre Easter eggs, it warrants multiple viewings! Who knows how jammed the final film will be? But the awesomeness of this trailer will make anyone want to go out and read the book that inspired Ready Player One. Those shots of the Iron Giant and the DeLorean from Back to the Future sold it!

That does it for this year, sure there is one more day left of Comic-Con 2017, but no major announcements are expected, but you never know. Maybe first looks of Jurassic World: Fallen Kingdom, The Predator, or Avengers: Infinity War will finally be unveiled to the entire world. Check out our Facebook and Twitter pages for updates, and here, of course!