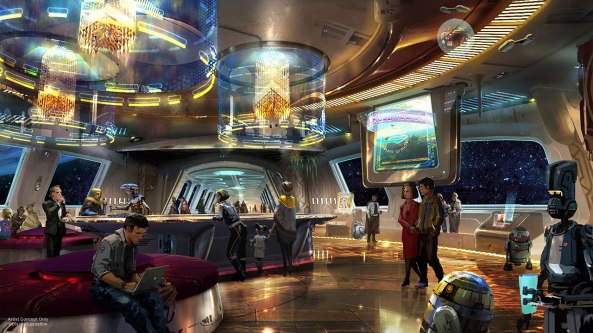 The big news to come out of the D23 Expo was the announcement from The Walt Disney Company of its plans to build a Star Wars-themed hotel in Walt Disney World. This hotel or resort is not going to consist of just slapping on Star Wars wallpaper and bedsheets into hotel rooms, but an immersive experience for guests. From the moment guests checks in they will be transported to the Star Wars universe while the resort doubles as a massive starship. This will allow guests to have interactive, role-playing experiences as they become part of a Star Wars story.

Imagine going to this Star Wars hotel to cosplay as a Jedi Knight or a Sith Lord and living out your space fantasy. Bob Chapek, the chairman of the Walt Disney Parks and Resorts, promised that the experience for guests will be “100 percent immersive, and the story will touch every single minute of your day.” Adding to the immersive experience will be new tech that gives the illusion of being onboard a starship which will feature wandering droids and all the Star Wars creatures and aliens that will excite any fan. 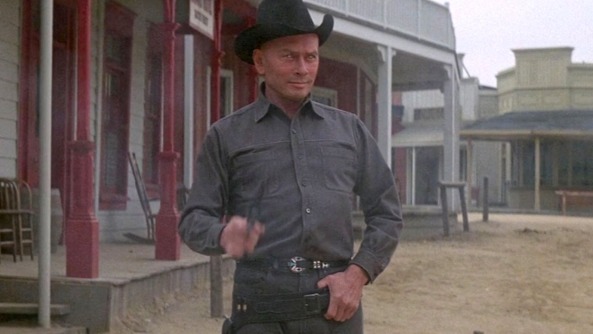 Sound familiar? Just swap out the droids and space pirates for gunslingers and cowboys and you’ve got Westworld. For anyone who hasn’t seen the old movie or the acclaimed TV show on HBO, Westworld takes place in a futuristic theme park where guests are fully immersed in elaborate recreations of the Wild West as they have shoot outs with android cowboys and interact with other Western archetypes that are also androids. The only difference between the two parks is that Disney will be using actors and not androids (that is if you discount the assorted non-humanoid droids who won’t have the level of intelligence as those seen on Westworld). Given time, Disney will be able to replace human actors with androids. After all, they are pushing the envelope with their famous animatronics. Already we are seeing experimental mobile animatronics that can interact with guests at the parks. 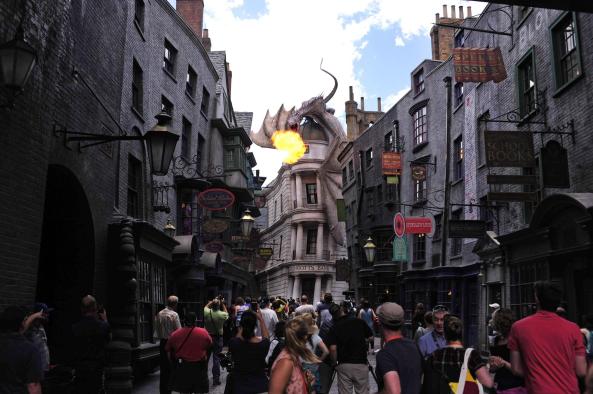 This concept is not exactly new. Dude ranches exist, as well as zombie cruises. Universal Studios Orlando has Diagon Alley, which is a richly detailed recreation of Harry Potter’s hidden wizarding alley in London. What also sells the illusion of being in Harry Potter’s world is the Hogwarts Express train ride that transports you from London to the famous wizard academy. Expect that similar technology will be used to showcase epic space scenes outside the hotel’s windows. Not that long ago, there was the Star Trek Experience in Las Vegas where guests were literally transported into a replica of the Enterprise and Deep Space Nine and interacted with famous Star Trek aliens. The actors playing the various Ferengi, Vulcans, and Borg always stayed in character while they served cuisine and drinks inspired by the franchise. Disney will probably look to the Star Trek Experience for ideas and inspiration and learn about potential problems. 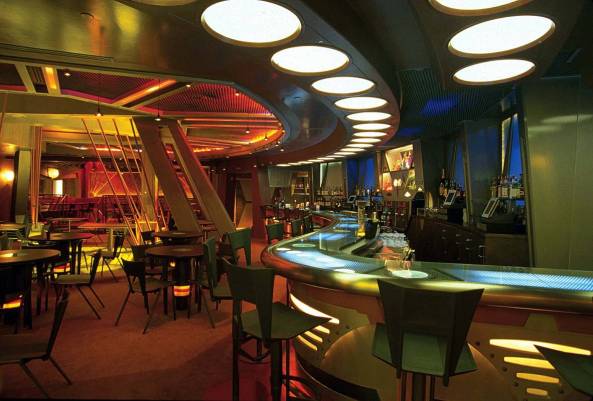 One thing to consider is that not everyone who visits the Star Wars hotel may not want to be fully immersed in the experience. They can just be companions of more devoted guests who will wholeheartedly plunge into the experience. So how will they be catered? Will the actors simply ignore them if they see the guests are unwilling to play along? That has happened in the Star Trek Experience, which was fine since it wasn’t a completely immersive experience, but won’t this shatter any illusions in the resort?

Also, trying to keep up the illusion will strain logistics, which will translate into increased costs. So, we all know what that means. Yes, be prepared to shell out a substantial amount of money, probably several months’ worth of rent money, to pay for a short stay. But, maybe Disney will feel benevolent and provide coupons and discounts to us poor peons as the slimy lawyer suggested in Jurassic Park. In the end, most of us will not be able to afford to spend time at the hotel, and do not be surprised if visitors are not even allowed into the lobby for fear of disrupting the illusion. After all, how can a serious cosplayer all decked out as an X-Wing fighter pilot enjoy his or her stay in the Star Wars hotel if they encounter not Jawas, but tourists in tacky t-shirts? But, it was expensive to stay at Westworld so a high cost in this coming hotel should not be unexpected. 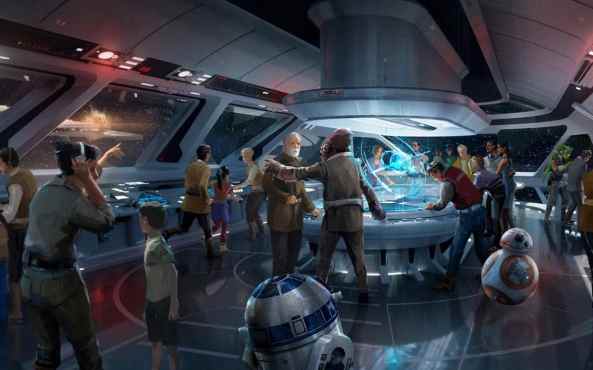 If this takes off, no, when it takes off, expect other immersive resort stays and not just Disney. Already there are rumors that Disney’s main theme park rival, Universal Studios Resort, is looking into creating a fully immersive Harry Potter experience, which might include a Hogwarts hotel. Some may complain about this but this competition will induce creativity and maybe make these experiences affordable. In any event, this is exciting development for Star Wars fans as they ponder this resort experience and have something else to anticipate from Disney.