The films of the Marvel Cinematic Universe (MCU) are beloved by many but one complaint lodged against the MCU is over its villains. Critics point out that the main flaw with the MCU films are its lightweight villains. This is a valid criticism since many times the MCU films featured forgettable foes that didn’t resonate with viewers. However, there are some truly outstanding villains in the MCU, and some underrated ones, as well, that have broken this mold lately. Here for your consideration are the best MCU villains. Needless to say spoilers will follow.

Obsessed and prejudiced against superpowered beings, Thaddeus Ross (William Hurt) has proved to be a hindrance to superheroes in the MCU. First as a general in The Incredible Hulk, Ross played a Javert-type by relentlessly chasing Bruce Banner throughout the Americas. His actions led to the creation of the Abomination and fractured his relationship with his daughter, Betty.

Ross next turned up in Captain America: Civil War as an obtuse Secretary of State determined to bring all the superpowered beings of the world under control by imposing the Sokovia Accords. This truncation of freedom and individual rights put him at odds with Steve Rogers and his teammates, which ultimately led to the Avengers breaking up.

These two are prime examples of villains crazed with world conquest. Hela is the Asgardian Goddess of Death who destroyed Thor’s hammer, conquered Asgard and helped cause its destruction. More than a match for her half brother, Thor, she was portrayed with great gusto by Cate Blanchett.

Born in the fires of World War II, the Red Skull/Johann Schmidt (Hugo Weaving) outgrew the Nazis and formed the Hydra terrorist organization thanks to his severe nihilistic mindset and access to superweapons. While not as layered as other villains on this list, the Red Skull in the first Captain America film was quite memorable and his recent reintroduction into the MCU sparked new interest in him.

Despite the controversy surrounding the third Iron Man film, it can’t be denied that Aldrich Killian (Guy Pierce) was not only the best Iron Man villain to date but one of the MCU’s top foes. Not only was Killian a notorious business competitor to Tony Stark, but he was the mastermind behind A.I.M. and the Mandarin. His machinations to topple the U.S. government and destroy Tony Stark by implementing the Mandarin’s terrorist campaign are nothing short of genius.

However, it was his vendetta against Stark that made Killian somewhat relatable. Years ago, Killian was a nerdy scientist who was dismissed by a pre-Iron Man Stark. This inspired him to achieve Stark’s level of success and fueled his hatred for Stark. This bit of history also illustrated how Stark’s callous past had caught up to him in Iron Man 3 and nearly undid him.

As the U.S. Secretary of Defense (the MCU is a fertile ground for evil politicians, isn’t it?), Alexander Pierce (Robert Redford) developed a S.H.I.E.L.D. project using preemptive strikes that targeted world leaders and important figures like Tony Stark and Stephen Strange.

What is worse is that his actions against Steve Rogers and his supposed friend Nick Fury revealed that Pierce was a Hydra leader who had infiltrated and corrupted S.H.I.E.L.D. to its core. A big factor in his successful infiltration was his charming exterior which hid his cold interior. What made Pierce even more frightening and formidable were his immense resources and clout. He actually had the law on his side, which he used to take out to try to take out Captain America and his allies.

Nowadays it may be difficult to think of Steve Rogers’ BFF as a villain, but that was not the case in Captain America: The Winter Soldier. In the first Captain America film, James “Bucky” Barnes (Sebastain Stan) was Steve’s Depression-era buddy and joined him in World War II before ultimately dying in the line of duty. Or so we thought.

The second Captatin America film resurrected Barnes as a vicious and brainwashed Hydra assassin who was more than a match for Captain America. He even caught Cap’s famed shield in mid-air as it was thrown at him! The level of ruthlessness and deadly skills he displayed was as intimidating for us to watch as it was for the film’s heroes to endure. At the same time we felt for Steve and Bucky because of their past history and the fact that Bucky was forced by Hydra to carry out heinous acts.

As the most underrated villain in the MCU Helmut Zemo (Daniel Brühl ) has had a great impact on its heroes. This version of Zemo differs from the comic book version in that he was not a Red Skull wannabe but an emotionally tortured man blinded by vengeance.

Zemo set out to destroy the Avengers after his family was killed during the teams’ battle with Ultron in Avengers: Age of Ultron. Knowing he could not match them through might, Zemo played a long game and used his intellect instead to annihilate them from within.

Through a series of machinations, Zemo caused the Avengers to fight each other in Captain America: Civil War. This ultimately led to the break up of the team, fractured relationships, and left Zemo as the one few villains who achieved his goal by the end of the film. Unfortunately for the world the disunity was instrumental to the team’s failure in Avengers: Infinity War. 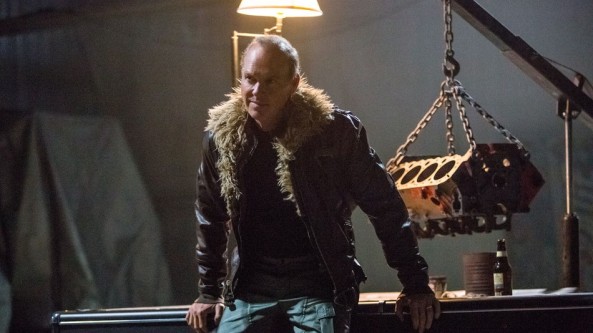 Adrian Toomes (Michael Keaton) is the working-class Joe in this group of foes. As shown in the first Spider-Man MCU film, Toomes is just a struggling business owner who was wronged by the system.

He seizes the opportunity to sell stolen alien and superhero tech in the black market and makes a decent living doing so. Basically, the Vulture only wants to make enough money to hit the big score and provide for his middle-class family. It just happens that his actions catch the attention of the budding superhero Spider-Man.

Even though the Vulture is clearly a villain, his backstory makes him somewhat relatable and he also displayed a sense of fairness that left many wondering what were his true motives. Clearly, Toomes was more dimensional than the average MCU villain.

King T’Challa’s errant relative Erik Stevens/N’Jadaka (Michael B. Jordan) has a compelling backstory in Black Panther that was one of the film’s highlights. After his father was killed, Stevens was left to grow up in America and saw firsthand the social injustice that plagued non-white communities.

Coming to the African nation, Wakanda, to claim his royal birthright, Stevens seized the throne. Now, with his hands on Wakanda’s super advanced technology, he plotted to right the wrongs inflicted upon his race and have Wakanda conquer the world. In some ways, his goal may seem justified but his methods were despicable and in his heart Killmonger had a darkness that would have brought despair everywhere.

It was his ferocious nature and cunning that made him more than a match for the mighty T’Challa. A common trope in MCU films is that the MCU villains are simply evil versions of the main heroes. While this may be the case with Killmonger in Black Panther, thanks to Jordan’s intense performance and the way his arc was written, Killmonger was the best of these foes.

Played with aplomb by Tom Hiddleston, Loki has plagued the MCU ever since the first Thor film, which introduced him perfectly. Fiendishly cunning, conniving and a true trickster, Loki was the perfect foil for Thor and the Asgardians. His story and his complex family relationships felt more at home in a Shakespearean drama than a superhero film.

In Thor, we feel some sympathy for him because at the start of the film he is shown as the meek and thoughtful adopted brother of the bombastic Thor. While Thor came off as an arrogant jock, Loki was introspective and with subtle facial gestures we knew there was more to Loki than what he presented on the surface. By the time Loki revealed his true self, we understood why he plotted against Thor since from his point of view he was passed over by theirfather in favor of Thor.

In subsequent film appearances, Loki became more of an anti-hero, but he always displayed a devilish streak and an underhanded nature that let him live up to his title of God of Mischief. Highlighted by Hiddleston’s performances and his rich dialogue, Loki quickly became a fan favorite and livened up films during his appearances.

Literally larger than life, Thanos (Josh Brolin) had been teased in the MCU films going back to the first Avengers film and floored audiences as the main nemesis in Avengers: Infinity War. From the opening moments, Thanos soundly defeated the Avengers’ two heavyweights, Thor and the Hulk, proving he is a force not to reckon with. Later on, he reinforced his might by beating the combined forces of the Avengers, the Guardians of the Galaxy, Spider-Man, Black Panther and his Wakandan army, and Doctor Strange.

By then end of Avengers: Infinity War, Thanos clearly won, which made him stand apart from most supervillains in the MCU and everywhere. Among the great movie villains, he is even comparable to classic foes like Heath Ledger’s Joker. However, Thanos achieved the status of the greatest MCU villain not only because he was triumphant but because of his complex and intriguing motivation. His doomed world was plagued by overpopulation and imbalance, and in his twisted mind, Thanos believed that the solution would have been to kill off half of his world’s population. Later, he expanded this macabre ideology towards the universe itself, hence his cause for gathering the Infinity Stones, which allowed him to accomplish his task. We don’t agree with him at all but we understand his state of mind.

Additionally, although Thanos has some quotable dialogue he does not have the demeanor of some raving maniac. He is more dimensional and actually feels regret about the pain he is causing. He sees the cost of his mad crusade, which includes sacrificing the life of his daughter, Gamora, and his soul. By the end of Avengers: Infinity War, we see the spiritual toll this quest has on Thanos even after he stands victorious over our heroes.

The following, in alphabetical order, were notable MCU villains who stood out from the crowd and deserve shout outs. Be sure to leave a comment or two about your choices!