While Hallmark’s Star Wars and Star Trek ornaments are well known holiday merchandise, we cannot forget the other related Hallmark genre ornaments. No, not the Harry Potter stuff, though those ornaments are great, but the ornaments based on popular science fiction films and TV shows. Although they’re not as numerous as Star Trek and Star Wars ornaments, they’re just as well-crafted. It’s too bad more aren’t produced because these sci-fi Hallmark ornaments are great gifts and additions to any fan’s Christmas tree. These are the best ones created to date, hopefully more will come in the future. 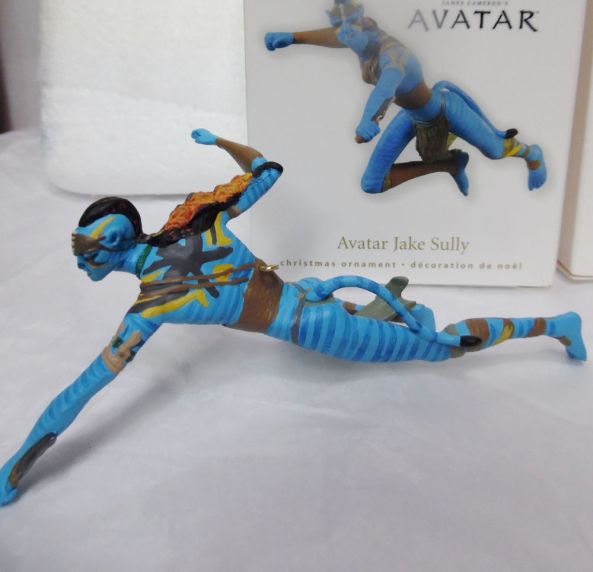 Fans can easily imagine that the tatted-up warrior hero from Avatar is protecting a giant mother tree with this dynamically posed ornament.

The miniature version of Captain Nemo’s steampunk sub is a faithful recreation of the Disney’s 1950s adaptation. 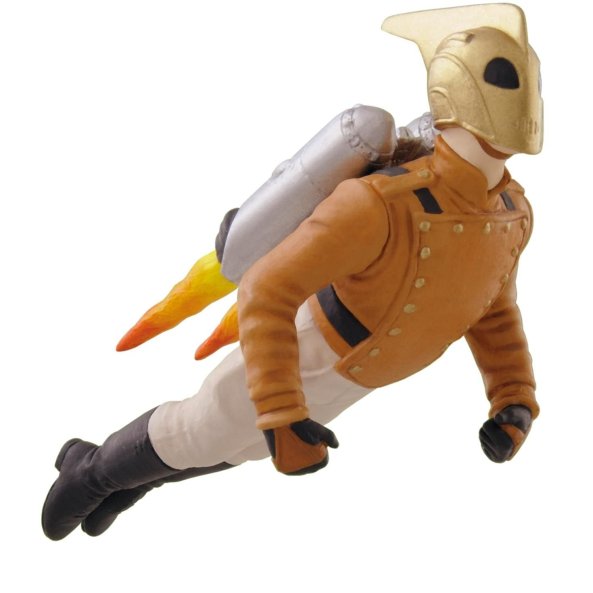 This was one of those limited-edition Hallmark ornaments that is hard to find, even when it was released. It would make a fine gift for any fan of the underrated gem of a film.

One would think this kind of ornament would never work. Seriously, this alien creature is the stuff of nightmares. But it works thanks to its meticulous detailing and organic exo-skeletal look that somehow fits within a tree.

The sound effects of the distinctive robotic Cylon voice (“By your command”) is the highlight of this sci-fi Hallmark ornament. If only Hallmark would make more ornaments of either version of Battlestar Galactica, including the ships. “Sigh”

With this year’s release of the Serenity from the beloved TV show, Firefly, Hallmark seems to be realizing that there are other iconic spaceships worth making into ornaments. They could do the TARDIS, the Discovery from 2001: A Space Odyssey, and more. The Serenity is a great start. 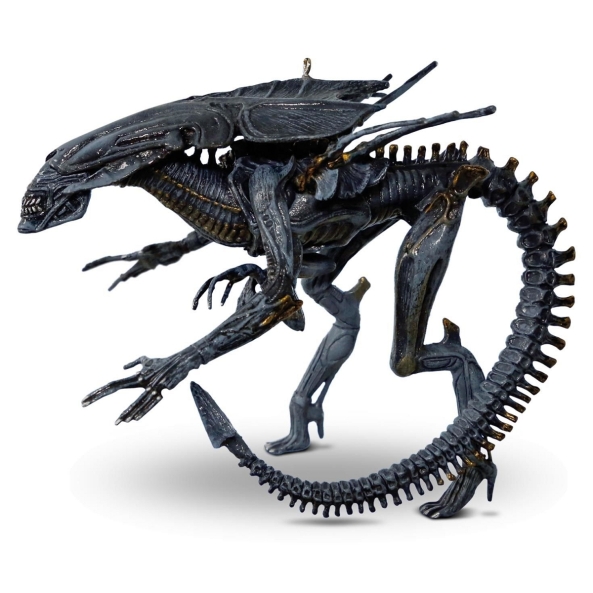 A little less terrifying than the original Alien ornament, this one wondrously captures the lethal beauty and horror of the giant alien queen featured in Aliens. Like its predecessor, the alien queen ornament will blend nicely in a tree and hide as its film counterpart thanks to its distinct skeletal look.

There are a few WALL-E Hallmark ornaments, but this one is the best. As part of the Disney Pixar Legends series, it’s large, features sounds of the diminutive robot and being that the robot and his film are very eco-conscious, this WALL-E ornament goes perfect in a Christmas tree.

With its slick futuristic outline and LED blue light effect, this is perhaps the coolest sci-fi hallmark ornament. Too bad, Tron: Legacy wasn’t a bigger hit otherwise we could’ve been treated to other eye-catching Tron ornaments, aside from C.L.U’s light cycle that came out a year later. That one was just a redress of this ornament with differently colored light effects.

The flying DeLorean made famous by Back to the Future, Part II is the best sci-fi Hallmark ornament thanks to its light up effect and design. Its blue lighting complements a Christmas tree while it being shown in a flying mode helps sell the illusion that you’ve got a tiny DeLorean zipping about your tree. What better way to celebrate the best time travel film trilogy during the holidays? 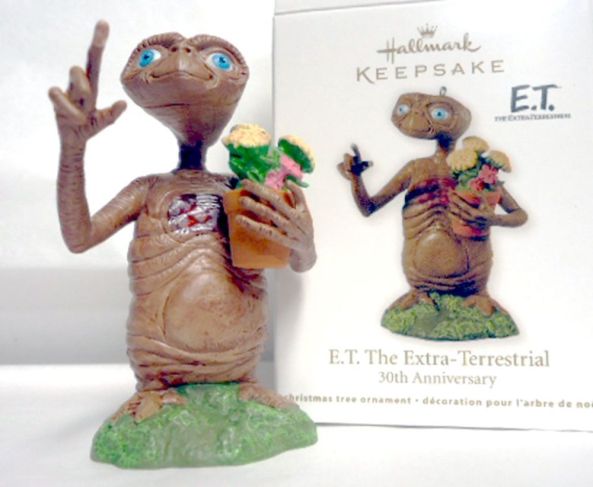