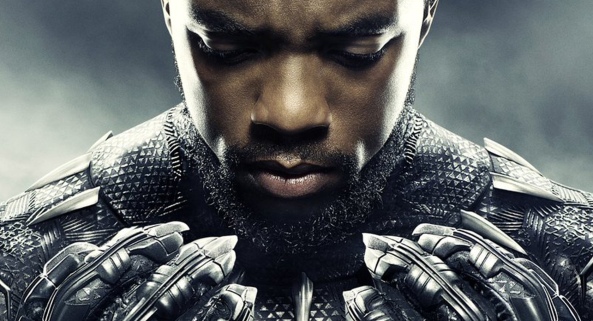 Comic book fans had reasons to celebrate last month when Black Panther was nominated for best film. As we all know, this is the first time a superhero film earned that prestigious nomination. Whether or not the film deserved it is open for debate. But nevertheless it was a great and historic moment for fans as at last the superhero film was recognized as a genuine piece of cinematic art. OK, this is a bit hyperbolic, but the fact is that for too long superhero films were considered juvenile fare though that has been far from the truth.

In the past, these films were often nominated for best visual effects or some other technical category and sometimes won. That has changed slowly over recent years. The Dark Knight picked up an award for Best Supporting Actor in addition to getting numerous technical nominations. However, many rightly felt that The Dark Knight should have been nominated for Best Picture, and this snub caused a changed in the amount of films that can get the Best Picture nomination. Others also believed that Logan should have received a Best Picture nomination, but it did get one for Best Adapted Screenplay. This was the first time a superhero film got such a distinguished nomination. With this, it was only a matter of time before a superhero film was nominated for Best Picture and that happened only a year later.

Of course, cynics will credit Black Panther’s numerous nominations to a strong marketing campaign from Disney, and they would not be wrong. But in the end the film studio was largely successful with Black Panther nabbing the coveted Best Picture nomination. Honestly, it winning was always a long shot, especially since it didn’t garner nominations for directing, writing or acting. Traditionally, the Academy of Motion Picture Arts and Sciences has a huge bias against genre films. No science fiction film has ever won, and only a couple of fantasy films have won including The Shape of Water. Also, that film just won for Best Picture the year before. There wasn’t any way the Academy would allow a genre film to win for Best Picture two years in a row. In fact, this doesn’t happen with other genres. Besides, the Academy likes to pick “important” biographies or historical dramas with timely messages.

Put all that aside for now. It was great that not only was Black Panther nominated, but that it actually won three well-deserved awards. The most for any superhero film. Frankly, it would have been a shock if the film didn’t win for Best Costume Design or Best Production Design. In these categories, Black Panther excelled with its unique and eye-popping visual look and costumes. The award for Best Original Music Score was a pleasant surprise since the score was so enchanting. These wins signal the Academy’s recognition of the Marvel Cinematic Universe’s (MCU) quality and caliber. This will be the first of many awards that the MCU will win. It may be a long time before an MCU film or any superhero film will win for Best Picture, but it will happen.

The other big win for superhero films at the Oscars was for Best Animated Feature. That honor went to Spider-Man: Into the Spider-Verse. It may be easy to say the film was a shoo-in to get this award because of its distinctive and groundbreaking animation. But the animated Spider-Man film had some tough competition, not just from the other films but Disney itself. Spider-Man: Into the Spider-Verse is a Sony film and Disney/Pixar has a tight grip on the category given the fact that since 2001, when the category first appeared, only a handful of non-Disney films won this award.

Thankfully, the voters recognized the brilliance of Spider-Man: Into the Spider-Verse and bestowed this win. The animation was genuinely groundbreaking using novel techniques and styles that were often mixed together to create a visual spectacle. This was done by not having the typical frame rate of animated films to give the animation a more pronounced and exaggerated feel. Another, more traditional technique involved the use of a motion smear instead of blurring to create a sense of motion.

The characters in the film had different animation styles such as Peni Parker being rendered in anime, while Spider-Ham had a more Warner Bros., cartoonish look. This was done to help give each character his or her own identity. The animators (at one point numbering over 170) went the extra mile to make the film seem less like a photo-realistic animated film, but more like a traditional comic book come to life. Evidence of this can be seen by the use of still images, words, and 2D inklines on top of 3D art, which gave the characters a hand-drawn look. The film also utilized crisscrossed lines to create shadows, as well as the famous Kirby energy dots to convey power and action lines to signify movement.

With this said, the film stood out among its worthy competitors not just because of its groundbreaking animation, but because of its story and characters. They took center stage and were the heart of the Spider-Man film as it blended together many diverse characters with touching backstories. It’s not wonder many consider it the best Spider-Man film ever made and the stars aligned correctly to allow this film to win Best Animated Feature.

The huge win for Spider-Man: Into the Spider-Verse is a redemption for filmmakers Phil Lord and Christopher Miller. Both of them were ingloriously fired from their directing duties at Solo: A Star Wars Story and most of their footage was scrapped by Lucasfilm. Instead of moping around, they jumped right back into their filmmaking and took on the Spider-Man film and for their efforts, they, along with directors Bob Persichetti, Peter Ramsey and Rodney Rothman, took home Oscars. Hopefully, now with this win, Spider-Man: Into the Spider-Verse will get more recognition from fans who may have missed out on this animated masterpiece when it was in theaters last year.

Sure, this is just an awards show that is subject to marketing and insider politics. Whether or not a film gets an award doesn’t mean anything as long as you enjoy it. However, all in all, comic book and superhero fans had reason to rejoice last night as their favorite genre was recognized by the Academy. Let’s hope there is much more of this in the future.

7 comments on “Superheroes Represent At The Oscars”