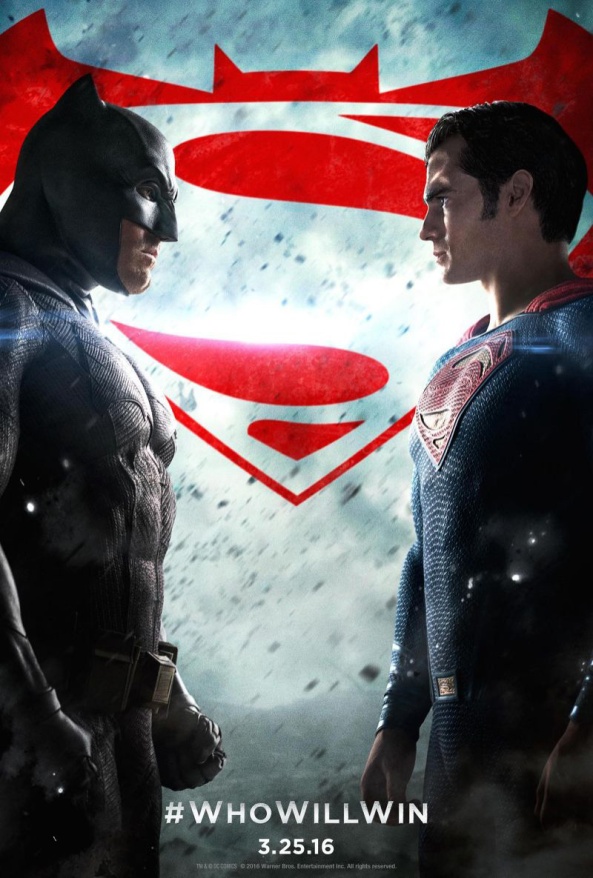 After waiting impatiently for many years, DC Comics fans at last get their own version of a superhero cinematic universe with the release of Batman v Superman: Dawn of Justice. The DC Extended Universe (DCEU) actually began with 2013’s Man of Steel, which focused on DC’s first superhero Superman/Clark Kent (Henry Cavill), but it featured Easter eggs that referenced a larger DC universe. Batman v Superman: Dawn of Justice is the first real DCEU film that explores this cinematic universe. And director Zack Snyder picked a huge event for this DCEU film: the first meeting between DC’s titans Superman and Batman/Bruce Wayne (Ben Affleck). But the big question is–is it good? After all, there had been much anticipation about the film for over a year, but then rumors started surfacing last month that Warner Bros. was supposedly nervous about the film based on reactions from early screenings. 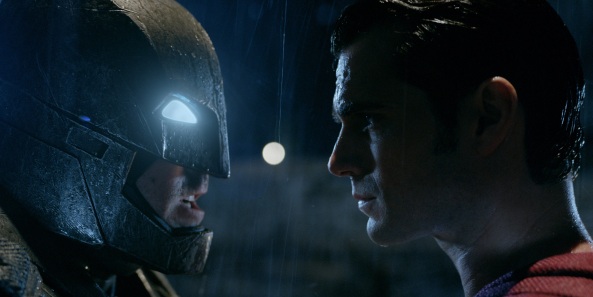 The reaction from critics has been harsh and further added to the worries that the film would kill off the DCEU before it could take off. Well, in my opinion these early reviews do the film something of an injustice (no pun intended). Batman v Superman is a good precursor to the much anticipated Justice League and does have excellent fight scenes between the two heroes. The buildup to the battle is effective in showing the lives of both Bruce Wayne and Clark Kent. Wayne is an older, bitter crime fighter who has seen his share of death and destruction, especially in the excellent prologue scene where he witnesses Superman’s fight with General Zod (Michael Shannon) from the earlier Man of Steel movie.  The experience of seeing so many of his employees dying in the chaos cements his suspicion and fear of Superman as a menace to the whole world. 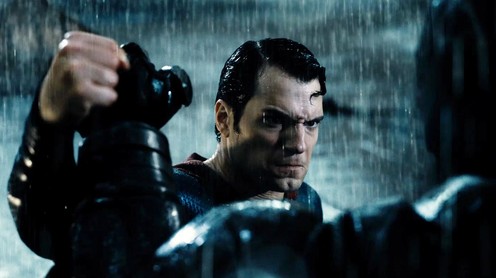 Clark Kent for his part is seen as struggling with the concept of being a god to many people and a devil to others, including the scheming Lex Luthor (Jesse Eisenberg), who manipulates both Batman and Superman into a deadly battle for his own twisted sense of order. This whole concept of gods and monsters and our reaction to them is a key element of the film and is what drives our main characters. Scenes with Clark having heart to heart conversations with both Lois Lane (Amy Adams) and his mother Martha Kent (Diane Lane) about who he is are shown in contrast to Bruce Wayne’s attempts to come to terms with his life as a crime fighter and feeling of not having accomplished much in his life.

In regards to laying the ground work for future films, we see Wonder Woman (Gal Gadot) who is a mysterious presence for much of the film until her big appearance near the final battle with DC super villain Doomsday. Her appearance in an old photo from World War I obviously sets up her forthcoming film and she does well playing the Amazonian warrior. We also see intriguing cameos of Justice League members Aquaman (Jason Momoa), Cyborg (Ray Fisher) and The Flash (Ezra Miller). All of which should increase the anticipation of the actual DC equivalent to Marvel’s The Avengers.

The issue I have with the film is that all of this exposition and world building do take a while to get through and it does take time to finally get to the long awaited fight between Superman and Batman. As for the fight itself, it is well choreographed and brutal, but it is short and is not really the climax of the movie. I think maybe this is a problem of the marketing and title of the film. Dawn of Justice is a good description, but calling it Batman v Superman and having trailers show almost nothing but fight scenes can give someone the wrong impression of what the film is. It is not wall to wall action with Batman and Superman beating each other senseless. It is instead a continuation of the universe established in Man Of Steel and an exploration of what would happen if these otherworldly beings suddenly showed up on our world. Some reviews will state that this is all a bore, but I found a lot of these ideas interesting. However, the pacing of the film does suffer a bit when the second hour sets in and you want Batman and Superman to finally confront each other. 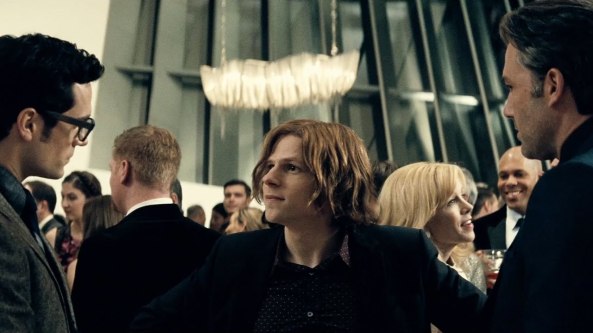 In terms of the cast,  Ben Affleck is effective at showing a world-weary Bruce Wayne who is still traumatized by his parents death and also a brutal and aggressive Batman. His attempts to acquire kryptonite and later rescue of Martha Kent show a visceral fighting technique and willingness to go far to achieve his goals. Although, his depiction of apparently killing some enemies is not really consistent with the character and will be controversial. Jeremy Irons’ Alfred is very good as his faithful but skeptical servant Alfred. Henry Cavill does a fine job showing his conflict with trying to be a good reporter and find out who Batman is, while at the same time being the world’s saviour and dealing with everyone’s increasing suspicions of him. Jesse Eisenberg’s Lex Luthor is a mixed bag. He does well showing Luthor’s obsession with Superman and desire to destroy him. But his manic way of behaving is at odds with the character’s earlier interpretations of being calm, cool and in control of everything. Gal Gadot does much with her limited screen time as Diana Prince/Wonder Woman and is already an audience favorite. 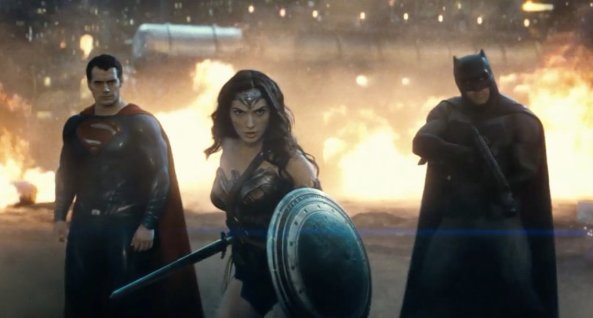 Overall, I do like this film and am looking forward to more DCEU films like Suicide Squad and Justice League. Some of the criticisms it has gotten are valid but this is in no way a bad movie like some critics are saying. I just think it was not marketed properly and does take too much time to get to the advertised fight. However, seeing the DC trinity in action was a thrill and I hope to see more standalone films for these three characters to further explore their interesting backgrounds. Batman v Superman: Dawn of Justice does the job of introducing all of the DC universe’s main characters and should satisfy fans who have waited a long time to see them come alive on the big screen.

The big news blazing across the Internet lately has been over the recent spate of castings for roles in upcoming superhero films. Normally, the news would bring about satisfied grunts from fans all over, but some decisions and even just the rumors have been quite controversial.

It all started in earnest late last year with the revelation that Israeli actress Gal Gadot will play Wonder Woman in the upcoming Man Of Steel sequel. Many were very surprised by this decision and some complained that she was too skinny. Guess what? So was Christopher Reeve and bulked up just fine and in time for Superman.

There were some grumblings around that time when fans learned that Elizabeth Olsen will appear as Wanda Maximoff, the Scarlet Witch in next year’s The Avengers: Age Of Ultron. But in the end, most had enough confidence in director Joss Whedon to give the actress the benefit of the doubt. Besides, the main cast will reprise their roles, so how much screen time will Olsen have anyway?

Then, a couple of weeks ago, fandom started raising ire when it was announced that Michael Douglas will play Hank Pym in the Ant-Man movie that is also coming out next year. 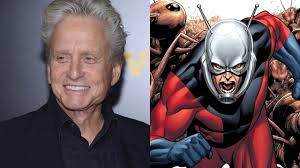 While Paul Rudd’s casting as Scott Lang, the film’s main character was acceptable for many, a bunch of whiners started going off about Douglas’ age and that the choice veers significantly from the version seen in the comic books. In the end, the movie will be about Lang and it does follow the comic books’ canon. Scott Lang did take over the Ant-Man duties from Pym and made a name for himself. Douglas is an Oscar-winning actor of high caliber and he can add needed depth and pathos to Pym. So he should be fine.

After that the Internet really went into a tizzy when rumors about the potential cast for the Fantastic Four reboot started surfacing. Director Josh Trank has been working overtime on Twitter to deny many rumors, yet it wasn’t enough to satisfy Fantastic Four fans. Trank denied in August of last year that actor Miles Teller wasn’t in consideration to play Reed Richards, but recent rumors have it that he has the role locked up along with Michael B. Jordan as Johnny Storm. Things seemed to calm down a bit when actor Josh Gad, rumored to be the pick for Ben Grimm, went on record to deny this latest claim. END_OF_DOCUMENT_TOKEN_TO_BE_REPLACED