After the release of Star Trek Into Darkness in 2013, the state of the Star Trek franchise had once again been called into question. No doubt, the film was a success at the box office and initially received high critical acclaim. But vocal critics of the film and director J.J. Abrams’ handling of the revered franchise soon drowned out any good will. Many of them decried how dumbed down Star Trek had become, how it just pandered to the action crowd at the cost of Star Trek’s loftiness.

Abrams’s films should be lauded for resurrecting Star Trek. Before he came along, the franchise was considered dead; the last film Star Trek: Nemesis was a box office flop and the last show Star Trek: Enterprise was cancelled for poor ratings. Star Trek felt tired and used up, which necessitated the reboot. And frankly, the reboot did the job of bringing back Star Trek as a flashy, exciting and invigorating property, but many felt alienated. 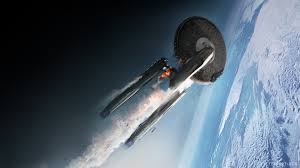 These critics saw a ray of hope when J.J. Abrams jumped ship to direct Star Wars: The Force Awakens, which precluded him from directing the next Star Trek film. That hope turned into disbelief and exasperation when screenwriter and producer Roberto Orci was hired by Paramount Pictures to direct the upcoming film. Even though he is a professed Star Trek fan, Orci didn’t have any directing experience and such a decision to entrust the franchise on a novice was troubling. But once again, the director’s chair went empty when Paramount announced this past November that Orci would no longer direct the film.

For a brief moment, hopeful fans opined on who should direct the film. The rumor that Abrams’ production company Bad Robot was trying to woo Edgar Wright was heartening. Some fans even started a campaign to get veteran actor/director Jonathan Frakes to return for a third turn as director. Then Paramount released a short list that precluded Frakes and Wright. Soon after, they announced that Justin Lin, the director of many Fast and Furious films would take the helm. 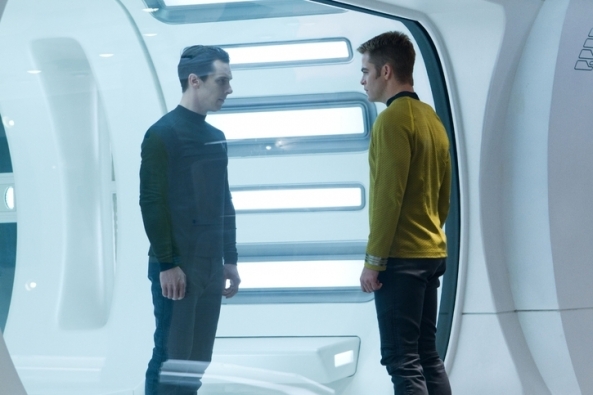 That announcement was applauded by some, but it confirmed the suspicion that Paramount is only interested in making more shallow, action-packed fare. Many feel that reducing the Star Trek films into pyrotechnics-laden, empty adrenaline fests besmirches the property’s name. Most of the films and TV shows were lauded for offering something more. They had themes, messages, and commentaries of current topics. In Star Trek Into Darkness’ defense, that film did explore issues about terrorism, security and the need for Starfleet to get back into exploring, but those messages got lost in the lens flares, high-octane thrills, and sloppy plotting.

True, many fans have a romanticized view of Star Trek. The old shows and films weren’t strictly intellectual fare, they did have their fair share of action episodes and flashy special effects. It’s part of Star Trek’s legacy. Think of how often fans would hum the pulsing action music from episodes like “Space Seed” while acting out Kirk’s famous drop kicks and fisticuffs. But Star Trek struck a proper balance between action, storytelling and food for thought.

One of the many reasons why 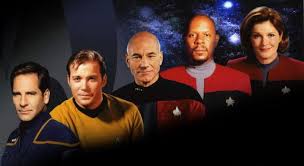 Star Trek and its spinoffs have endured in popularity has been due to provocative episodes like “City on the Edge of Forever”, “The Visitor”, “The Inner Light”, and “The Naked Time”. These shows didn’t rely on action scenes and stunts, though they were welcomed when they did occur. Instead their selling points were character development and morality plays. That is why Star Trek continues to resonate. The action scenes and spaceship battles were just icing on the cake. This reverence also extends to many of the films. Star Trek II: The Wrath of Khan, Star Trek IV: The Voyage Home and Star Trek: First Contact are universally beloved for exploring many themes and character development. This especially applies to Star Trek II which was an action film, but presented memorable themes about revenge, growing old and renewal. Meanwhile, Abrams’ two Star Trek films were initially well received, but later derided by many for pandering to adrenaline junkies and betraying the spirit of Star Trek.

That is why there has been a call for Star Trek to return to its roots and have stories about exploration and so on, and the best way to achieve this is by returning to television. END_OF_DOCUMENT_TOKEN_TO_BE_REPLACED 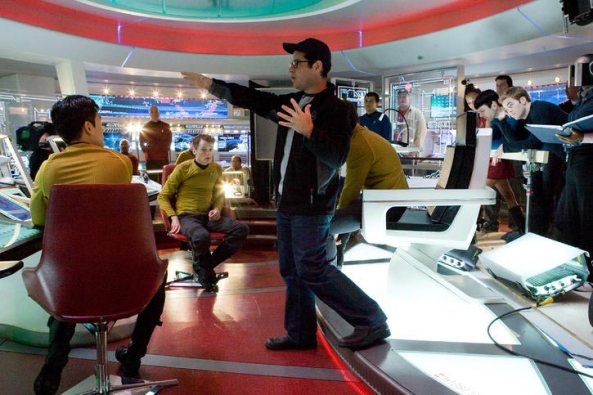 J.J. Abrams isn’t available to direct the next Star Trek film because he’s busy playing in the other major sci-fi franchise. However, with the 50th anniversary of Star Trek just two years away, Paramount Pictures needs to find a new director for the next Star Trek movie. Due to the fact that the film will be produced by Abrams’ Bad Robot Productions, the eventual director will probably be someone known and trusted by that company. Most recently many fans became visibly nervous when Abrams’ longtime associate writer Roberto Orci stated his wish to direct the next Star Trek film. He wrote the rebooted Trek movies and co-wrote other sci-fi movies like Transformers, The Amazing Spider-Man 2, and Cowboys & Aliens. Orci also co-created and wrote for TV shows like Fringe and Sleepy Hollow. 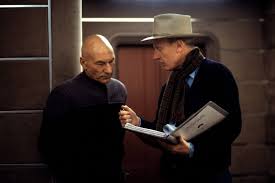 However, he has never directed a film before, so it seems unlikely that Paramount is willing to entrust the keys of their popular franchise on an unproven director. Reinforcing that is the fact that the big budget, high profile film Transcendence failed with freshman director Wally Pfister.

So, Paramount has to be careful in hiring the right director for the next Star Trek film. History has shown that the success of Star Trek movies largely rests on the talents of its directors and the film series’ spotty record is a testament to that notion. An infamous example is Stuart Baird and Star Trek: Nemesis.

While obviously, they’re not going to get someone like Spielberg or Brad Bird to helm the film, there is actually a decent pool of directors who could be the next Nicholas Meyer. Perhaps this director could bring something different to the franchise; maybe some intellectual heft, while telling an exciting tale. Here are some candidates:

Matt Reeves: Perhaps best known for Cloverfield, Reeves is a solid choice to direct a Trek film and he could have some favor with Bad Robot Productions. Cloverfield was produced by that company so he is a known quality to Abrams and company. Plus, he directed the revered horror film Let Me In and the upcoming Dawn Of The Planet Of The Apes. Even though he has been named to direct another Planet Of The Apes film, perhaps he can be lured into the world of Star Trek. 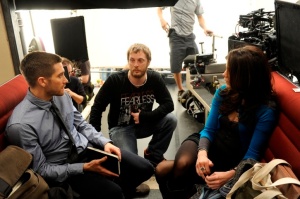 Duncan Jones: His previous sci-fi films, Moon and Source Code were grounded, entertaining and thought provoking fare with great characters. Such qualities would be a perfect fit for a Star Trek film. Currently Jones is directing Warcraft, which is due on March 2016. Maybe if he can finish up that film soon, Jones may have time to squeeze in a Trek film for later that year.

Rian Johnson: The well-regarded, time-travel action film Looper put the director on the map. Johnson has also recently directed some of the most acclaimed episodes of Breaking Bad. That alone should be enough to earn some serious consideration. Remember that Nicholas Meyer’s previous movie before Star Trek II: The Wrath Of Khan was the underrated time-travel gem Time After Time. Maybe history will repeat itself?

Shane Carruth: He is another director who helmed a time-travel film. This one being Primer, more of a thinking person’s sci-fi movie rather than an actioner. But Primer is a respected movie among genre fans, and Carruth’s hand would lend some sorely missed intellectualism to a Star Trek film. The problem is that Paramount is probably convinced that a more cerebral Trek movie won’t sell as many tickets as an action piece. That may be true, but a more serious minded Trek film would probably bring back many disaffected fans turned off by Abrams’ flashy and action-oriented directing style that is better suited for Star Wars.

Rupert Wyatt: This director seemed to have come out of nowhere in 2011 and presented the surprisingly great Rise Of The Planet Of The Apes, which revived the dormant franchise. Last year, he was mentioned by Abrams as a likely contender for the Trek directing gig until the buzz shifted to Joe Cornish. Who knows what happened? But if they’re smart they should get back to the negotiating table to bring him onboard because Wyatt demonstrated some genuine storytelling skill with Rise Of The Planet Of The Apes. 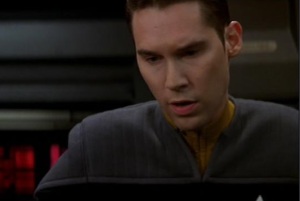 Bryan Singer: Fans of superhero films generally agree that Singer’s X-Men films have been some of the best superhero movies of the sub-genre. An avowed Star Trek fan, Singer even had a cameo in Star Trek: Nemesis. Now throw in his directing prowess, especially with ensemble casts, and we may have a perfect choice for the next Trek adventure. However, he is busy with the X-Men film franchise and is now prepping the followup to X-Men: Days Of Future Past.

William Eubank: Love was an unusual and 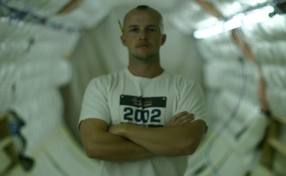 admittedly obscure sci-fi movie about a stranded astronaut in the International Space Station. Nevertheless, it was a thought-provoking and beautifully shot film thanks to Eubank. What is more impressive is that it was done on a shoestring budget, yet had topnotch production values. If Paramount wants to cut corners with the budget, Eubank can stretch a dollar out while delivering a winning film. If his upcoming film The Signal is successful, he should be considered by Paramount.

Joseph Kosinski: Tron: Legacy and Oblivion were sci-fi films that sharply divided many viewers. They were very entertaining with fantastic visual effects, imagery and production design. But many had issues with the emotional tone and narrative of the films. Still, they weren’t empty action films and Kosinski can deliver a sci-fi film with some food for thought. 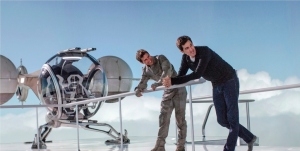 Now these candidates may be a bit out of left field but if Paramount gets desperate they  would be better choices than Jon M. Chu (G.I. Joe: Retaliation) or Roberto Orci.

At one point, Attack The Block director Joe Cornish was the person picked to direct the upcoming Trek movie, but he dropped out late last year. With looming deadlines, he can possibly be lured back to the franchise. If not him Paramount can pull a Hail Mary pass and turn to Nicholas Meyer or even Jonathan Frakes for another go around. Of course, that won’t happen. Right? 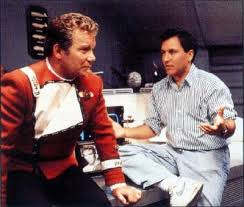 On a serious note, because of the pending fiftieth anniversary of the beloved franchise, the next Star Trek film needs to be a super event that rivals the fiftieth anniversary celebrations of Doctor Who and James Bond. Many fans are dissatisfied with Abrams’ take on Star Trek and want not just a replacement but someone who they think will treat the property with respect and put out a great movie. There is still time but Paramount needs to step up its efforts to find the right director. After all, it is a special occasion.