Before we get started, this post will contain huge spoilers for the most recent episode of The Falcon and the Winter Soldier, titled “The Whole World is Watching”.

Anyone watching the latest Disney+ TV show about the Marvel Cinematic Universe (MCU) knows that the United States government introduced a new Captain America to replace Steve Rogers (last seen as a feeble old man in Avengers: Endgame). This new soldier, John Walker (played by Wyatt Russell), was instantly disliked by the characters in The Falcon and the Winter Soldier and viewers alike. The common complaint about John Walker as Captain America was that he not only did not look the part, but he looked so goofy with his ill-fitting helmet and undeserved swagger during his introduction. The memes and dismissals were quite brutal and over the top. Frankly, the poor soldier never had a chance.

To the show’s credit, John Walker was given a back story and he is not an evil person. In the interview he gave during his introduction during the show’s second episode “The Star Spangled Man”, he came off as a person who realized he had large shoes to fill and was trying his hardest. But that was impossible to do. After all, how can you top, let alone, compare to the legendary Steve Rogers? Still, he seemed respectful of the legacy and the honor given to him, plus he had the combat experience as a soldier to be a suitable replacement. But Sam Wilson/the Falcon (Anthony Mackie) and James “Bucky” Barnes/the Winter Soldier (Sebastian Stan) were outraged that Walker had the audacity to pick up the shield and mantle of Captain America. They and the audience felt he was not worthy. Howver, this outrage could be seen as guilt from Sam after he relinquished the shield to the government instead of replacing his friend as the new Captain America. With Bucky, he is furious because Sam gave up the shield easily and probably because he was not given the shield instead. Now, some pretender has the shield and the status of Captain America.

John Walker tried to work with Sam and Bucky, in fact, he and his partner and best friend, Lemar Hoskins/Battlestar (Clé Bennett), rescued the Falcon and the Winter Soldier later in the episode when they fought against a terrorist group called the Flag Smashers. But the duo didn’t want anything to do with the new Captain America and needlessly made him an antagonist.

Throughout the series, the new Captain America felt pressure to measure up. You could see this with subtle visual cues and the way he was treated by others, except Hoskins. What made things worse for Walker was that although he is a skilled soldier, he is not as skilled in fighting as the original Captain America. He began to feel inadequate and not up to the task. However, it was difficult to empathise with him because he displayed an arrogant swagger to the outside world. Also, he was reckless and impatient as his actions in the fourth episode escalated tense situations such as when Sam tried to negotiate with the Flag Smashers’ leader Karli Morgenthau (Erin Kellyman).

The ultimate humiliation came during the same episode where he was defeated in combat by the elite Wakandan soldiers, the Dora Milaje. He felt especially chastised when he commented that they did not even have super powers yet they defeated him handily.

This led to his conflict later in “The Whole World is Watching” when he came upon a vial of the Super Soldier serum that created the first Captain America and was given to members of the Flag Smashers. To his credit, Walker did not inject the serum, though he took the vial without telling anyone. He sought advice from Hoskins about the ethics of taking the serum and Hoskins opined that he himself would take it if given the chance.

In the last act of the episode as Walker, Hoskins, Sam and Bucky faced off against the Flag Smashers, it soon became clear that Walker had taken the Super Soldier serum thanks to his feats of increased strength. However, he was not as skilled or as polished as Steve Rogers, what was worse was that he lacked control. This lack of control would be exhibited in the shocking final moments of the episode.

During the final fight, Battlestar saved Captain America from being stabbed by Karli, but she accidently killed him in another example of someone who was inexperienced with having the Super Soldier serum. Enraged, Walker chased down the closest Flag Smasher he could find and brutally killed him by bludgeoning the terrrorist with his shield out in public. The last haunting image that closed the episode had a shaken and defiant Captain America standing tall with a bloody shield in front of shocked civilians, for the whole world to see.

This development echoed similar moments in the pages of the Captain America comic book during a famous arc called Captain America: The Captain, written by Mark Gruenwald, which ran from issues #332 through 350. In the arc, Steve Rogers abandoned the Captain America identity and John Walker took over but proved to be unhinged. This was best shown in issue #345 (“Surrender”) where after his parents were murdered by a group of domestic terrorist, an enraged Walker savagely killed the terrorists, then tried to talking to his deceased parents as if he saved them.

Seeing a similar moment in the live-action MCU is more shocking just for the visuals and its impact. This last image could be seen as a metaphor for how far the U.S. has fallen in the eyes of the world; something that is an uncomfortable reminder of fairly recent events not just in the MCU but in real life. The moment clearly proves that John Walker is not worthy to be Captain America, who should be held to a higher ideal, a greater standard. The original Captain America represented the best of humankind thanks to his nobility and compassion. These traits were why he was chosen to receive the serum back in World War II. It is doubtful that whoever chose Walker had this in mind.

Then again, it is hard to see him as this evil man. Even as he smashed his shield down repeatedly over his victim, one can’t help feeling grief over how he and the ideal of Captain America have fallen. Circumstances beyond his control, such as facing opponents who outmatched him or how he was repeatedly disrespected, influenced him to make these fateful decisions. If things had happened differently, if Bucky and Sam had given him a chance for example, then maybe his brutal actions could have been avoided.

No matter how The Falcon and the Winter Soldier concludes, or who ends up wielding the shield and the Captain America title, John Walker is an intriguing character who deserves to be showcased in future MCU productions, perhaps as the U.S.Agent to mirror the comic books. 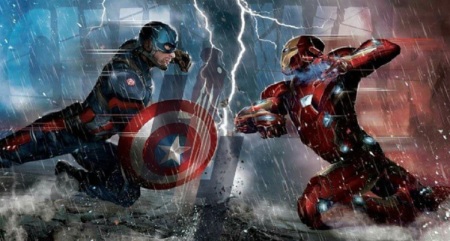 First of all, anyone who is reading hasn’t seen Avengers: Age of Ultron should stop reading and see the film because some spoilers from that film will be covered. With that warning out of the way, let’s go over the ramifications of the newly released film.

Just like Captain America: The Winter Soldier, Avengers: Age of Ultron has proven to be a pivotal film in the ever-growing Marvel Cinematic Universe (MCU). By the film’s end, the status quo of the superhero team has been irrevocably changed symbolized by a new lineup. But more importantly, the seeds for future films in the MCU have been planted or nurtured. Specifically, the next Avengers films, Avengers: Infinity War, Parts I and II, Thor: Ragnarok, Black Panther, and next year’s Captain America: Civil War.

A complaint lodged against Avengers: Age of Ultron is that it spends too much time setting up these future films, but as one of the final films in Phase Two of the MCU it needed to set up

Phase Three with its many references and subplots that weren’t intricately involved with the film’s main storyline. In fact, some have griped that more Easter eggs weren’t dropped, namely having cameos by Spider-Man, Doctor Strange, Ant-Man, and Captain Marvel (who was supposed to be briefly introduced but dropped at the last minute). In reality, the film followed the mode of modern comic books that have many references to other titles, especially during big events. But never mind these gripes, looking ahead, one can’t help getting excited by the prospect of what is to come.

After this summer’s Ant-Man, the next major event in the MCU will be the third Captain America film. It’s to be a loose adaptation of the classic comic book mini-series, Civil War, that came out last decade and forever changed the Marvel Universe. In that story, Iron Man and Captain America become bitter enemies with each other and formed factions that battled each other. It all started in the wake of a 9/11-type tragedy that had the public demanding that super-powered beings be held more accountable. This culminated in the passage of the Superhuman Registration Act and with the two heroes taking opposing viewpoints about the law and arms against one another.

Kevin Feige, the president of Marvel Studios has stated that the film won’t be a strict adaptation of the mini-series, “So this will be Civil War based off all the other films you’ve seen up to this point, particularly Winter Soldier and Age of Ultron…Something happens. It has made the governments of the world say ‘we need to have some oversight of these guys.’ It’s not about the secret identity thing, as much as it is about, overall, who reports to who.”

What will exactly happen? We can only speculate at this point as we wonder the following: Will the Winter Soldier be involved in some incident that leads to the Civil War? Or perhaps the film’s villain, Baron Zemo will orchestrate events to bring about chaos and the Civil War. It seems that Captain America: Civil War will be as deep and exciting as its predecessor with mature themes while delivering the big thrills. And it promises to be one of the bigger epics in the MCU.

But wouldn’t it have made more sense to make this an Avengers film instead? To have a war, one needs an army and presumably both camps will have its supporters, hence a large group of characters at least for a solo superhero film. Already, Robert Downey, Jr. will reprise his role as Iron Man/Tony Stark. It’s been announced that the film will introduce Black Panther and Spider-Man (making his MCU debut). Other featured heroes include Black Widow, Hawkeye, Falcon, Scarlet Witch, War Machine, Ant-Man and Vision. The coming film runs the risk of being too bloated with characters and a story that needs more time or additional films to satisfactorily tell its core story. But the film is in good hands with Anthony and Joe Russo directing it. END_OF_DOCUMENT_TOKEN_TO_BE_REPLACED