In a surprise move that rivals their acquisition of Marvel Entertainment a few years ago, Disney announced today that they bought Lucasfilm for $4.05 billion. Obviously, the sale includes the rights to the Star Wars franchise.

Kathleen Kennedy, who was the co-chair of Lucasfilm with George Lucas before the sale, has been named as president of Lucasfilm. Disney CEO Robert Iger announced that a new Star Wars film will be released in 2015 to be followed with more films coming out every two or three years.

At the moment, it wasn’t clear what would be the fate of the current Star Wars: The Clone Wars animated series or the attempt to bring about a live-action Star Wars TV series. For all we know, The Clone Wars may cease production much in the same way that popular Marvel animated shows were canned following Disney’s purchase of Marvel. In the same way that Disney then launched new Marvel animated shows, they could produce a new Star Wars animated series. Additionally, Disney now has the rights to the Indiana Jones franchise, though no information was available on the production of future films of that franchise. 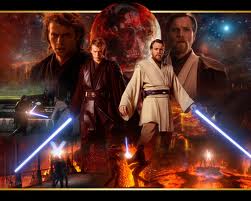 In a prepared statement, George Lucas said, “For the past 35 years, one of my greatest pleasures has been to see Star Wars passed from one generation to the next.” In some ways this news isn’t that surprising given his announcement earlier this year that he was retiring from popular filmmaking. In the same statement Lucas added, “It’s now time for me to pass Star Wars on to a new generation of filmmakers.” This most likely means that he won’t be directing the new films, which should cheer some fans. But it’s hard to imagine that the future films won’t have some kind of input from him, at least on an advisory basis.