Now that Man Of Steel has proven to be a hit at the box office, demand has increased even more for a Justice League film. It’s unfair to Man Of Steel because the natural thing would’ve been for a sequel to that Superman film. It’s also unfair for the Batman franchise being that Christopher Nolan’s Dark Knight trilogy concluded last year. Normally, the focus on the franchise would have been on rebooting it not taking part in a team film.

What is driving the pressure for a Justice League film is the phenomenal success of Disney/Marvel’s film The Avengers. To say that The Avengers was a game changer isn’t a small statement. That film proved that it is feasible to present an entertaining, well crafted film that utilizes many characters from a shared cinematic universe. But it’s not unprecedented. Remember Universal Studios decades ago did this with their horror movie monsters fighting each other in films.

Warner Bros. and DC should’ve gotten the ball rolling years ago and put references of the larger DC Comics universe into their DC films. 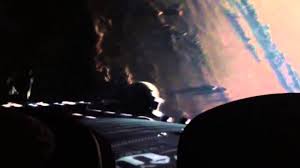 They did put in very minor references in Batman & Robin (where Batman mentions Superman) and in Superman Returns (a PA announcement could be heard about a Gotham City train), but that was it. Christopher Nolan refused to have any mention of the other DC characters in his Batman films, so that opportunity was lost. Ditto with 2011’s Green Lantern. In Man Of Steel, Superman and Zod battle by a satellite that belongs to Bruce Wayne’s company, so that is a Batman reference. Plus, some there’s a blink-and-you-miss-it Booster Gold reference during a fight scene. Yet all this pales to Nick Fury’s surprise, substantial cameo at the end of Iron Man, which led to more Marvel Comics universe references in other Marvel films that culminated with The Avengers.

DC could go the same route but they don’t have the time. Fans want a Justice League film now. They’ve grown impatient with the studio’s glacial progress. Besides many higher ups in DC and Warner Bros. have stated that they don’t want to copy Disney/Marvel’s formula. Frankly, it would be the best thing to do, but with Disney/Marvel charging ahead and greenlighting films, Warner Bros./DC can’t afford to do that. It becomes a game of catch up and they’re way behind.

Nonetheless, many fans are going insane with the lack of communication from Warner Bros./DC on the status of the Justice League film.

This proves that they are taking this matter seriously and want to put out the best possible film. While there is pressure to make the film already, they don’t just want to rush out and slap something together. Given the failure of Green Lantern, Warner Bros./DC know they cannot alienate fans. END_OF_DOCUMENT_TOKEN_TO_BE_REPLACED